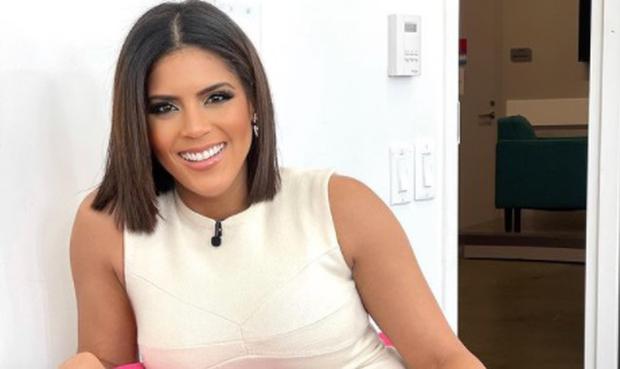 the television presenter Francesca Lachapel is a few days away from celebrating his religious marriage with Francesco Zampogna in his native Dominican Republicas she has always dreamed of, so that moment will be one of the most transcendental in her life, for which she has been preparing for several months.

MORE INFORMATION: Francisca Lachapel and why she thought she would be rejected by her husband’s family

When the Dominican along with her husband decided to remarry —this time in front of God— she got down to work regarding her physical condition and chose to work on it, since she considered that she had a few extra kilos that made her not feel comfortable. see how she wanted and that this could also harm her health.

After several months of hard work, the same Francesca Lachapel has boasted the results in their accounts social media in order to motivate many people who also want to lose weight and thus avoid some health problems.

THE TRANSFORMATION OF FRANCISCA LACHAPEL

With a publication in your account InstagramLachapel made a photographic composition in which he shows an image from a few months ago and another from today, evidencing a great change that can be seen with the naked eye.

In the image on the left, she is seen last year in August with some obvious extra kilos, while the photo on the right shows her today with a different and slimmer silhouette.

Moreover, in her stories she herself has released a few details about it, because there she assured that she has lost about 50 pounds, which are equivalent to more than 20 kilograms.

This shows that a responsible diet and constant exercise can make significant changes in a person’s physique and thus improve the health of each one.

THE FEELINGS OF FRANCISCA LACHAPEL AFTER HER TRANSFORMATION

In the same publication, the Central American driver expressed all her impressions when she realized the great change she had achieved in a few months and thanked those who supported her. In the same way, she recognized that it is not the end of her yet and that she will continue working until she achieves the true goal.

“A few days before my wedding I want to share with you this before and after. Truly, work, dedication and dedication have their reward. It was very emotional for me when I saw these photos. Only by seeing them side by side did I realize how far I had come and truly appreciate the change. Honestly, I look at Francisca on the left and I remember that she felt pressured by a society that demanded of her to be a perfect woman and at one point she thought that she would never recover and she was afraid. And then I see Francisca on the right who, although it is not the end yet, she feels very comfortable with her body just the way she is and very proud of the work she has done, her courage and her focus. It is very true that great things are not achieved alone, and I had the best allies”plot.