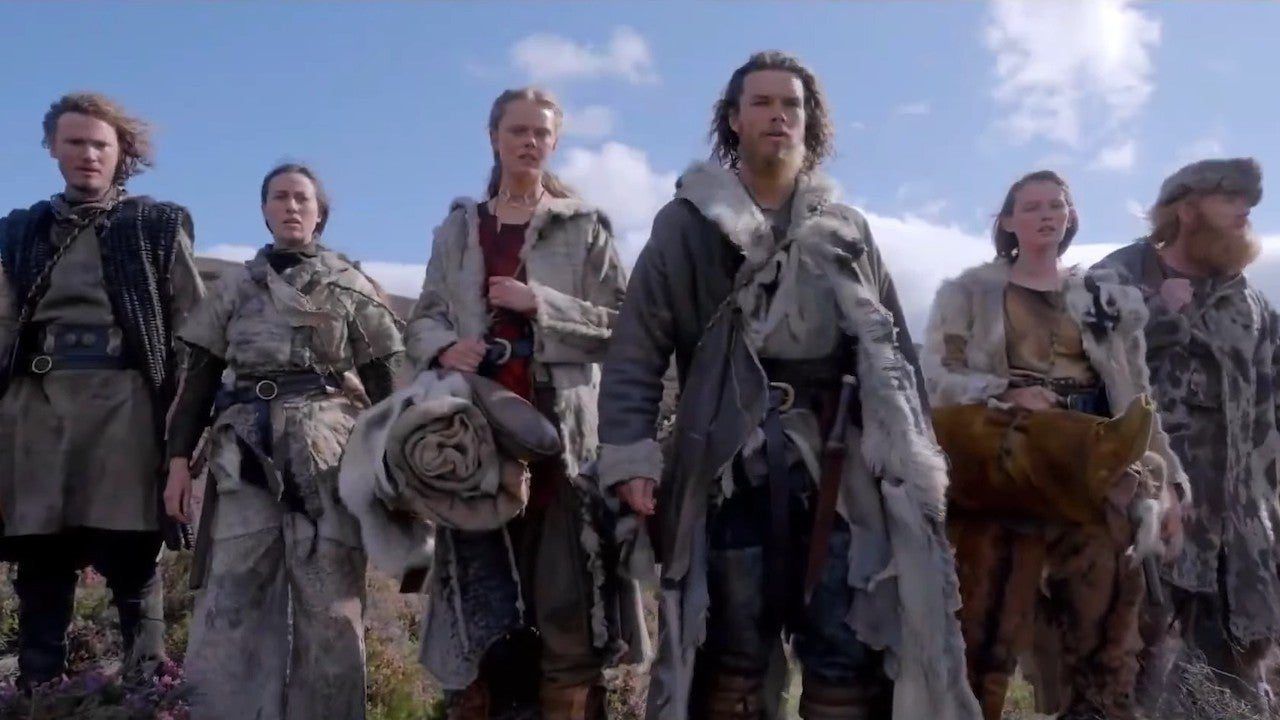 After 2021 where Netflix was once again one of the platforms that best series offered, giving an account of this the number of reproductions they had, the streaming service prepare a 2022 where successes are predicted to follow, both with series recognized for their quality to others that are more oriented to entertainment and light consumption, as valid as the first.

The premieres undoubtedly attract attention and will be worth waiting for, from absolute appearances to new seasons of series that already kept us pending for several hours in front of the screen. Next we review the most outstanding within an extensive list that will surely have several surprises as the year progresses.

The year starts with force since for January the fourth and final season is expected of the series that for many is considered one of the best on the platform. And that, worth the clarification, started with a low profile and surprised many. Jason Bateman y Laura Linney in the shoes of Wendy and Marty Bride they bring us the end of this couple in charge of laundering money. Will be divided into two parts of 7 episodes each and promises to keep up with the level of the other 3

Netflix advanced the first trailer that gives us an idea of how scary this series can be. The synopsis reads: Eva and Sofía must face the horrible crime with more than 20 fatalities that, apparently, their missing parents have committed. Faced with this event, the sisters will have to face the small Andalusian town in which they reside. Created by Carlos Montero (Elite) and Agustin Martinez, this horror series premieres on January 28 and expectations are high.

Vikings was an absolute success. The series that introduced us to Ragnar, Floki and Lagertha among others had 6 seasons and left the story so well that Netflix bought the rights to perform it’s a spin-off that will show us to other members of the clan, one hundred years after the mentioned series. Will focus on Leif Erikson, Freydis Eiríksdóttir, Harald Hardrada and William the conqueror. Michael Hirst, The creator of the original series will also take care of this series, so we can trust that it will not disappoint.

The second season of Bridgerton is coming to Netflix in just a few months. The new chapters will focus on the romance of another of the brothers, as creator Chris Van Dusen stated at the time. In this case it will be Lord Anthony Bridgerton (Jonathan Bailey), first-born of the family. It will be available from March 25th.

We will have to wait a little longer, but after almost three years of the previous season, we can finally enjoy the fourth season from this series created by the Duffer brothers. It will have 9 episodes and here you can see some details thereof. There is no definite date for the premiere, although it is expected to be in the middle of the year.

The series that shows behind the scenes of the life of the british royalty (and that it had and will probably continue to have criticism of it) renews season and cast to show us what happened in the time period of the early 90s until well into the 2000s, during which time the three oldest children of the monarch divorced: Ana and Mark Phillips in 1992, Carlos and Lady Di in 1996 (Lady Di would lose her life the following year), as did Prince Andrew and Sarah Ferguson. So there will be fabric to cut in a season that is aiming to be the penultimate. Imelda Stauton What Isabel II, Dominic West like Carlos and Elizabeth debicki as Lady Di will form the main cast.

The Spanish series premieres its fifth season (the sixth is already confirmed). The only information confirmed so far is that Miguel Bernardeau, Arón Piper, Itzan Escamilla and Omar Ayuso will not continue in the series. A few weeks ago there was a special to calm the anxiety a bit, since just it would be released by the middle of the year.

The series starring Omar Sy (Golden Globe nominee) promises to continue surprising with third season. As in the others, we hope you surprise with your quite free and original adaptation of Maurice Leblanc’s books.

The series that has been improving season by season, a benchmark for current youth and the paradigm shift of current societies premieres its fourth season. Here we tell you more details of what we can get to see in what is rumored as the last installment.

One of the entertainment series that performed the best in 2021 was Sky Red, the year that its first two seasons were released. In 2022 the third is expected, the final installment that brings together all the protagonists (Verónica Sanchez, Asier Etxeandía, Lali Espósito, Yany Prado and Miguel Angel Silvestre). Will have 8 chapters that will begin to tell what happens 6 months after the flight of the girls from the Canary Islands.

The most anticipated series on Netflix for 2022