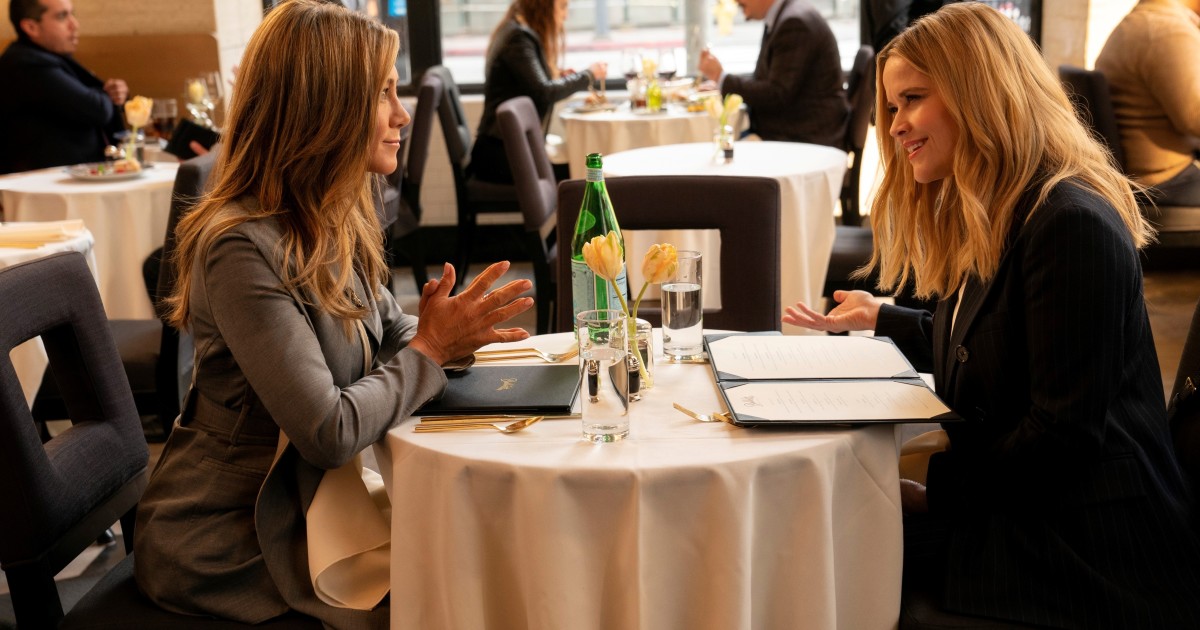 The #MeToo feminist movement was the focus of the first season of “The Morning Show,” the flagship of Apple TV +. But in its new episodes, Jennifer Aniston and Reese Witherspoon promised that this luxurious series will look further and broaden its focus in search of new themes.

“This season explores the moment together before the world was stopped by the coronavirus. From January to March 2020, “Witherspoon said in a digital meeting with the media attended by Efe.

“So we deal with systemic racism, homophobia, age discrimination, and our newfound relationship to power as women in the media,” she added.

The ins and outs and dirty laundry of a morning news and entertainment program, one of the most traditional television genres in the United States, continue to be the backbone of “The Morning Show,” which premieres its second season on Apple TV + this Friday.

With its splendid roster and a commitment to agile dialogues and an intense rhythm, “The Morning Show” was the spearhead for Apple’s landing in the world of “streaming” with Apple TV +, which, after almost two years of experience , accumulates undeniable successes (“Ted Lasso”) and also some notorious setbacks (“See”).

Along with Witherspoon and Aniston, who in addition to being protagonists are producers of the series, the return of “The Morning Show” once again has luxury secondary actors such as Billy Crudup and Mark Duplass and presents new signings such as Julianna Margulies.

Cancellation culture
The fall of Steve Carell’s character, culminating in an explosive scene that closed the last episode, rounded off the interesting and complex reflection on the #MeToo of “The Morning Show” in its first season.

Among the new themes of the series, not entirely unrelated to its roots, Witherspoon mentioned the culture of cancellation.

“There is a human cost in sending people into exile or condemning them for that thing they did in their lives. Because nobody is perfect, “he said.

In a similar vein, Aniston highlighted how “The Morning Show” is not shy about tackling convoluted issues and assured that the series is currently diving bravely and avoiding “black and white” judgments.

Thus he defended the need to investigate “the gray areas” instead of reducing everything to supposedly conclusive and definitive arguments.

Suddenly the coronavirus
Aniston and Witherspoon explained that the series had already shot part of its second season when the pandemic forced production to stop and also forced to rewrite the scripts of these new chapters to introduce the coronavirus in its plots.

Witherspoon recalled how everyone was mired in their own dilemmas before the pandemic put everything on the back burner.

For this reason they tried to introduce the crisis of the pandemic in the series and its “devastating” effects with a “reflective” look and the focus on “humanity”.

Aniston also commented that she is grateful to have a series like “The Morning Show” that allows her to deal with real world stories that are happening right now.

“I’m glad we weren’t doing a sci-fi or western series that was completely out of what’s happening now,” he ironically.

Finally, both actresses referred to what attracts them the most about their own characters.

Witherspoon stressed that Bradley, the reporter promoted to presenter who still retains a point of idealism, is “very vulnerable” in this second season and faces a journey of personal self-discovery.

Instead, and as usual, Aniston opted for a spicier and funnier response to her role as Alex, the veteran queen of television mornings on “The Morning Show.”

“I love Alex’s absolute ability to be professional one moment and lose his mind uncontrollably right after. It is a human pendulum ”, he closed.