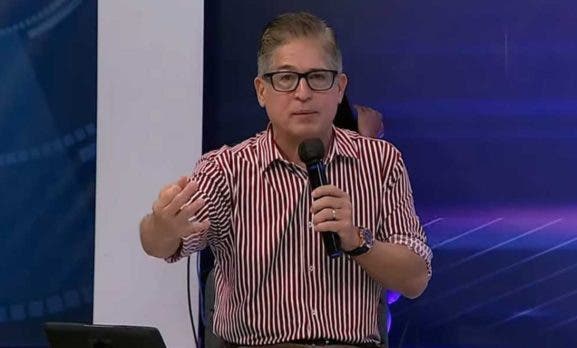 Consolidated as one of the most emblematic meridian spaces of Dominican television, The Midday Show celebrates 54th anniversary.

The program that applied eight years ago the concept of “The Reality TV” takes every day, from Monday to Friday, a live television with a special seal, through interviews, comments, analysis, opinions and entertainment of all kinds of topics in the national and international eventsfocused on the present of the moment.

The evolution of this television jewel, which we would say is symbolically part of the national heritage of Dominican television, has been evident, as verified by the ratings, especially that of this last year, showing a variant, the increase in the audience in the target of men and women between 24 and 34 years old, said its coordinator, Ivan Ruiz.

Can read: Concerts: Romantic music through a tube at Christmas

“I say it every year, for me it has been incredibly wonderful to be part of this program and that it has accepted my ideas and slight changes to continue being part of the preference of Dominican viewers, including the dominican diaspora especially in New York, New Jersey, Boston, among other places in the United States; The truth is that I am proud of my work team within this great house. It gives me a lot of professional and personal satisfaction to know that we have healthy and good entertainment, we help those who ask us for help of any kind, and above all, we have been witnesses of the arrival and growth of many young talents, including boys and girls,’ Ruiz mentioned.

The Midday Show for decades it has been the downfall of the great local and foreign artists, in their most recent stage through reality TV they have received an average of 200 cases for aid (social and health) per year, which have been solved in 95 % thanks to the help of caring angels (businessmen, politicians, athletes, etc.), with marked support in the Cruz Jiminian Foundation.

Due to this new anniversary, the program received music friends such as Jandy Ventura and his orchestra, also via zoom to Cuco Valoy, El Zafiro and the Quisqueya Ensemble.

The Midday Show; more than half a century on TV