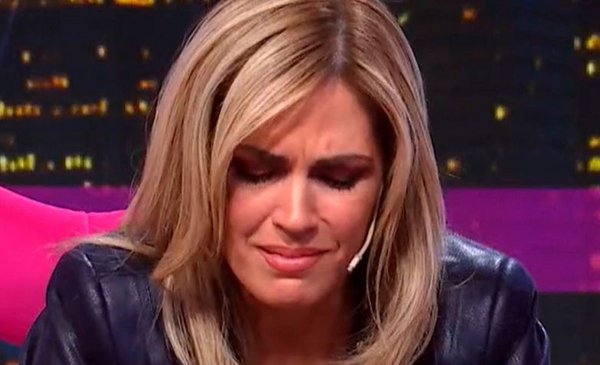 The macrista and anti-rights driver Viviana Canosa cried into the air of his cycle Viviana with you (A24) for all those people who died of COVID-19 and for those who go through the pain of having lost a loved one to said virus. The crying was just a couple of days after he disparaged the work of health workers, when he declared that “doctors are more afraid than patients.”

Last Wednesday 587 deaths were reported as a result of the disease that affects the whole world, the coronavirus. In the middle of an interview with Matías Almeyda -who lost his father due to complications derived from COVID-19- she broke down in tears and confessed: “Today I am also grieving that I could never do for the death of my daughter Martina’s grandmother, Berta.”

“All the people in their homes are grieving. We all lost someone and couldn’t fire him. I don’t mind crying on television. It seems to me that this is love and family.. That this is God and that this is being close to the other, ”remarked Canosa, a staunch opponent of the health care measures implemented by the Alberto Fernández government.

Regarding the return to the tighter restrictions, Canosa had stated: “Is health more important than the economy and freedom? The truth is, I don’t know. Living is not just breathing. We do not want to vegetate. We don’t want to be an ornament. Living like this is not worth it, if you are a prisoner at home. I want to decide on my actions ”.

Viviana Canosa pointed out against doctors in the middle of COVID: “They are more afraid than patients”

Viviana Canosa He has already shown repeatedly that he has no limits when it comes to expressing his opinion in the media and he did it again. On your show Viviana with you, for America 24, he assured that In this context of the coronavirus pandemic, “doctors are more afraid than patients.”

The 50-year-old driver targeted national health personnel, who since mid-March 2020 have been fighting tirelessly against the disease that has the world in check. It all happened when I was interviewing the doctor Edgardo Trevisonno in relation to the two new symptoms that the Ministry of Health included in the list to define a suspected case of coronavirus: rhinitis and nasal congestion.

“Doctors are more afraid than patients. It is the person you go to to build trust, not fear … It’s all mixed up: who has snot, who has COVID, who has pneumonia “, Canosa shot in an unusual way in the virtual dialogue with the specialist.

However, it did not end there and was very contemptuous of other sectors of society as well: “For me, after the pandemic There are many people who will not be there anymore, some by choice and others by daughter of p … And sorry for the term, but I see people on television, doctors, infectologists, politicians, who They work to panic people, they work as perverts, as cynics. ” Based on what she says is “the discourse of fear,” she argued about the ending that “That’s why I don’t usually invite many doctors.”