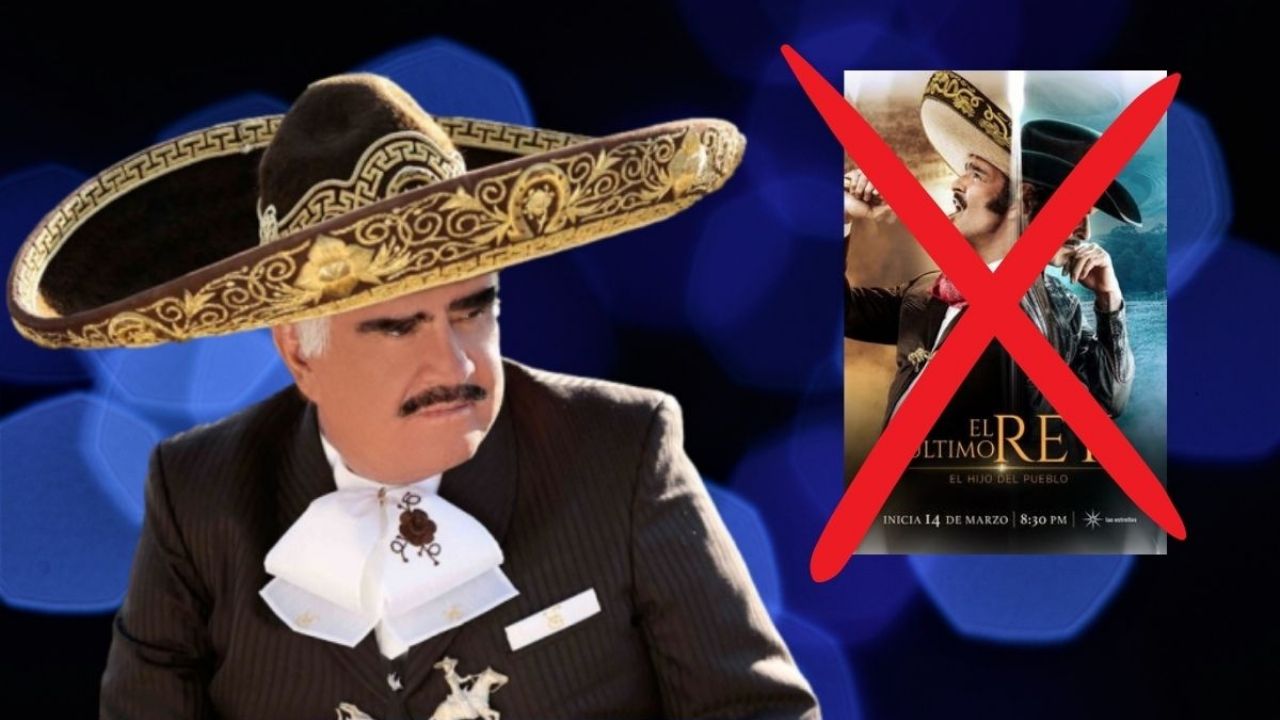 One of the most controversial television productions of recent years is the series ‘The Last King: the son of the people’story that covers some moments of the life of Vicente Fernandez and which is based on a controversial book, and now a few days after its premiere in Televisa has been cancelled and the reasons have already been revealed.

This Serie about ‘El Charro de Huentitán’ is inspired by the book ‘The last king’by the Argentine author Olga Wornat, and is an unauthorized biographical work in which some allegedly dark episodes in the life of the renowned regional Mexican music singer are narrated.

It should be mentioned that this production of Televisawhich stars Pablo Montero, was ready in record time, since the book went on sale a few months ago, since it began to be distributed when ‘Chente’ was still hospitalized prior to his death that occurred last December, and since then began the recording of ‘The Last King: the son of the people’.

They cancel the premiere of the series ‘The last king: the son of the people’ on Televisa, these are the reasons

The expectant production was planned to hit the screens this Monday, March 14, however, according to information released by El Universal, the reasons for which the premiere of the series ‘The Last King: the son of the people’ on Televisa It is due to legal issues.

It has been reported that the Second District Judge in Civil Matters of the Third Circuit ordered the suspension of its transmission while the lawsuit filed by the family of Vicente Fernandez against the television.

Presumably the reasons that led to legal action being taken by the ‘Chente’ family is because Televisa incurred in violations of non-contractual relationships, trademark law, the improper use of artistic name reserved before the National Institute of Copyright (Indautor) and unfair competition, among others.

Supposedly, the judge would have notified the Federal Institute of Telecommunications (IFT) not to allow the output of said content or for the television station to use the concession that the Mexican State gave it, to broadcast this material, so it is presumed that all the parties involved at trial were already notified of the judge’s order, including Televisa.

Furthermore, it is rumored that the family of Vicente Fernandez also requested the Mexican Institute of Intellectual Property (IMPI) various precautionary measures to prevent the content from being transmitted, for which the IMPI ordered Televisa the withdrawal of all that promotional material with which they use or exploit, without authorization, the image of the ‘Charro de Huentitán’ and the reservations of the right of artistic name Vicente Fernandez and his pseudonym, as well as any adaptations.

Given this information, it only remains to wait for the response of Televisaconfirming that the Serie ‘The Last King: the son of the people’or otherwise, if it premieres this Monday, March 14, as it had been announced since it became known that they were working on the project.

The Last King: They CANCEL the series premiere of Vicente Fernández on Televisa, these are the REASONS

HBO Max: What is the new platform and what can we find on it?
'Only Murders in the Building': Is the New Disney Series Worth It?
Not only shared accounts: Netflix's slowdown also has to do with its content and the war in Ukraine