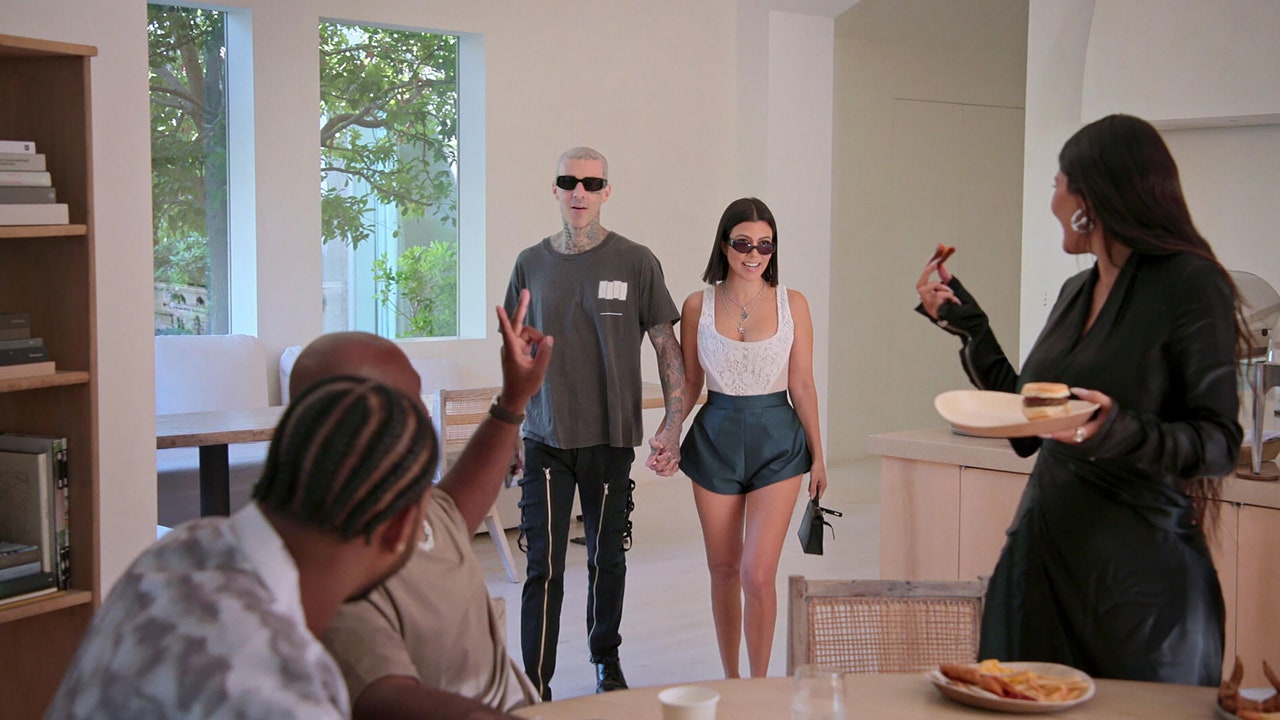 Warning: This article contains spoilers for the first episode of The Kardashians.

the kardashians marks the return of the best-known family clan on television now to streaming platforms. What used to feel like a reality show drama that navigated the relationships between the sisters and their love prospects, now focuses on a facet never seen before: her motherhood and behind the scenes of each of her work projects.

The opening scenes airlift us (literally) from Kourtney, Khloé, and Kendall’s house to the offices of Kylie Cosmetics and SKIMS, where Kylie, Kris, and Kim work. All the sisters will meet at the house of kim kardashian for one barbecueless Kendall Jenner, who retracts because he doesn’t feel very well. As they are used to to be all the events of the kardashian, personalized catering, drinks and entertainment for all young children can not be missed. Undoubtedly, this new version of The Kardashians It has that family vibe that we are used to and a few more things.

The best moments of The Kardashians episodes

Episode 1-Burn Them All to the End

Chapter 1 from The Kardashians, produced by Hulushows one Kylie Jenner Almost 5 months pregnant with her second child. In the first minutes, we saw kim kardashian very sure that the son she was expecting kylie kenner It was a boy, because according to Kim, her younger sister looked prettier in this pregnancy and the shape of her belly gave it away. Seeing Kylie openly talking about pregnancy (without revealing his gender yet) contrasted with the birth of their first daughter, Stormi, which he kept secret until his birth in 2018.

We also saw for the first time Kourtney Kardashian talking about how she met Travis. Forget Bumble and awkward blind dates, the love story between Travis Barker and Kourtney Kardashian couldn’t be more perfect. The eldest of the sisters tells in a confessional that first of all they were friends. They have been neighbors for 8 years, their children played together in the exclusive Calabasas subdivision and the couple trained every day. After reading this, you might want to take a look at how your next door neighbor looks, perhaps history can repeat itself.

The Kardashians, episode 1: The top moments of the series