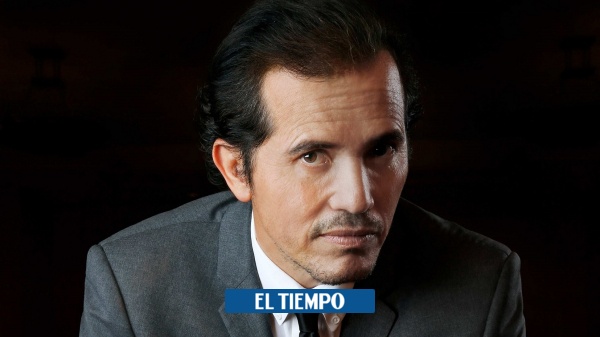 John Leguizamo has done everything. Recently it was Gor Koresh, one of the traitors Din Djarin faced in The Mandalorian; everyone remembers his great role as Benny Blanco in Carlitos Way, in which he made life impossible for Al Pacino; or how the famous artist Toulouse-Lautrec became in Moulin rouge.

These are some examples of an extensive career in which the actor born in Bogotá and who grew up in the United States has not been afraid to explore all genres in film, TV and theater and to be a social activist.

(You may be interested in: John Leguizamo: the pelado of the neighborhood).

Maybe that’s why I have decided to be part of Inexplicable Latin America, a series in which he assumes the role of presenter of strange, unusual and even paranormal cases with the History channel and that premieres this Sunday at 9:50 pm

This experience adds to that of William shatner –Captain Kirk in the series Star Trek– with Inexplicable in the original Anglo-Saxon version; as well as that of Laurence Fishburne, the famous Morpheus from the saga of The Matrix, who was also seduced as the host of Great mysteries of history.

“This was somewhat more difficult. From sitting down with teachers to fine-tune my Spanish, taking the gringo out of it and memorizing it, knowing the mysteries in depth and sharing them as best as possible. In recent years I have worried a little more about the history of Latinos and what we have done as a culture, and this Inexplicable looks at those issues, looks at something about us ”, Leguizamo reflects in a talk with EL TIEMPO.

You can also read: John Leguizamo and Ethan Hwk star in online play Waiting for Godot

“I have always been very happy when I work with Latino filmmakers, as I did with Simón Brand in Paraíso Travel, Harold Trompetero in Dogs or in The ride 2. In fact, I think Latin cinema is changing Hollywood ”, he contextualizes.

But Inexplicable Latin America with John Leguizamo it is “a respite or a shift in responsibility to what we normally do.”

“I remember I was filming in London and they called me for this project. It was actually a challenge, but Latinos are always resourceful. So we found a study in which everyone already had the covid 19 vaccine, we took tests and put on our masks and we found a way ”.

In this experience, the actor acknowledges that he came to feel a change in his own beliefs.

“I am a type of a skeptical nature, but of course, when facing the cases I began to open my mind a little more and I have generated doubts and expectations about things like spirits, aliens and mythologies. Could it be that I am dedicated to my career and not so much to all these things that I cannot understand or that I did not know? I wonder now that I did the program ”.

John Leguizamo adds that it was not easy to put together the entire product. As the main star, he could not travel to the territories, but a team in the area was in charge of doing the production in the field, while he studied the cases and counted them before a camera. “We covered ten countries with one hundred interviews with experts and witnesses of about fifty cases,” he details.

On Inexplicable Latin America with John Leguizamo You will see stories like that of the Mexican scientist Jacobo Grinberg, who disappeared without a trace and who is credited with the concept of the Matrix, in which he conceived that the universe is a hologram and that whoever manages to get out of it will reach all the information of the cosmos . Some say that he was kidnapped by the CIA and others that he managed to escape from this simulated reality.

(You may be interested in: Netflix will premiere a movie of The House of Flowers).

In addition to the case of two racing drivers who claim to have disappeared for a few seconds during a competition in Argentina; But the one that impacted Leguizamo the most was one more earthly and close to his roots.

“It was the Tequendama jump. I didn’t know that it was a place where many people took their own lives and I wanted to know a little more about that, “he explains. And he does not stop listing cases: a man who spent 45 minutes clinically dead told that he knew paradise and was nicknamed the Lazarus of Corabastos, and the Latin version of the myth of the disappearance of planes and ships from the Bermuda triangle, but in the Caribbean.