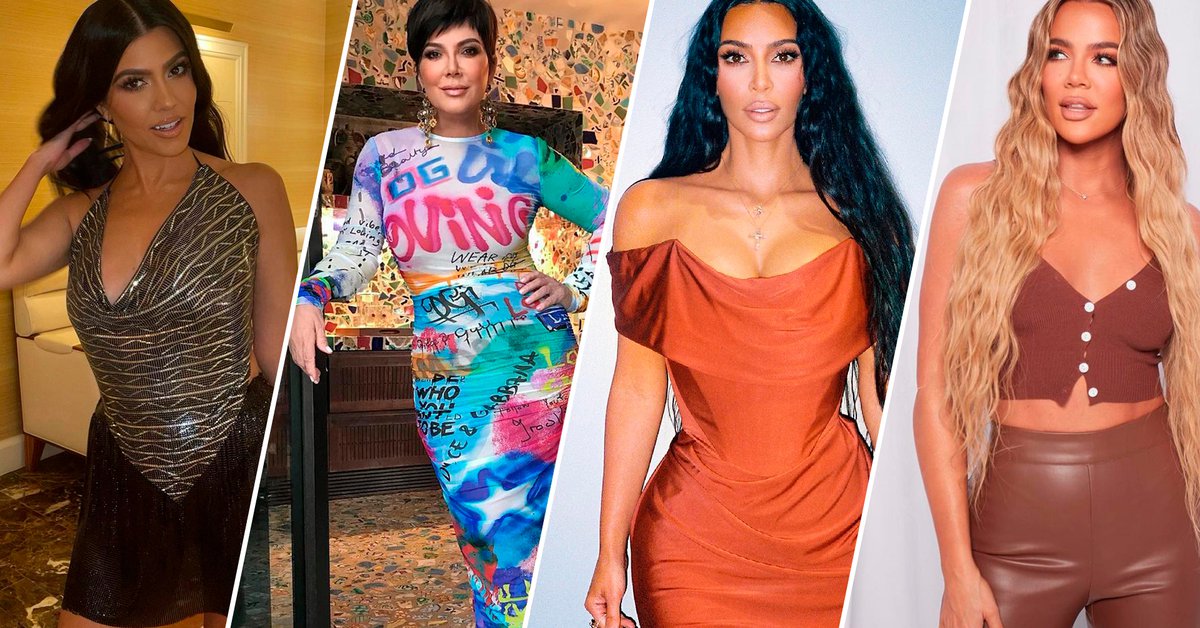 Late 2007, a reality show hit the screens of the American public to revolutionize the world of celebrities, beauty and business: Keeping Up With the Kardashians. Although at that time, no one could imagine the dimensions of the phenomenon that it unleashed.

The purpose of the program was to document the day-to-day life of the family of Kris Jenner, composed by his then partner Caitlyn Jenner, the daughters he begot with her –Kendall y Kylie– and those he had with lawyer and businessman Robert Kardashian: Kourtney, Klohé, Rob y Kim.

A tight-knit matriarchy, with a lifestyle full of luxuries and eccentricities. During the first season alone, Kim was already posing nude for plaboy and, along with Kourtney and Klohé, he had an exclusive boutique in the city of Calabasas, California.

FILE PHOTO. “Keeping up with the Kardashians” premiered in 2007 and concluded broadcasts in 2021 REUTERS / Mónica Almeida

For their part, the Jenners showed overtones of an explosive personality that they demonstrated with a dance of pole-dance having no more than twelve years. On screen, it was possible to see all the details of the family drama and the good times. Suddenly, the show erased the boundaries between the viewer and the protagonists: everything was within reach of the curious.

And that was a winning recipe that solidified with the social networks. But public life brings with it some difficulties: criticism, ridicule, catastrophic episodes, robberies, lies from the press and hundreds of haters To the order of the day. That is also part of the Kardashian life.

Famous for being famous?

Since the beginning of their launch to stardom, the Kardashians received hundreds of criticisms for being “Famous for being famous”, that is, without any apparent reason or talent. In this regard, Kim gave his opinion during an interview with David Letterman that, although it could be thought differently, being yourself on television has a different burden.

Along with her public life, Kim studies law and has helped some women in the North American justice REUTERS / Mario Anzuoni / File Photo

“Acting is very difficult and I can’t do it,” he began. “But he’s a character, if someone doesn’t like that movie or that character, that’s fine. But people have to like us for who we are. For me that’s a harder job. How do you share your life? You have to succeed by being yourself.

“We made a pact from the beginning: we have to show everything and be ourselves. What is different about our situation is that usually in a family only one person becomes famous. But I spent everything with every member of my family at the same time. If the chain E! He would send us on a trip around the world, we would go together ”, she recalled.

In the beginning, no one saw them beyond “a few Desperate women climbing the margins of fame”, As the New York Times rightly wrote of the show’s premiere. And, although time showed otherwise, the criticism and ridicule have been there ever since.

Recently, Khloé Kardashian exploded against her ‘haters’ considering that they constantly invent things about her and her life, as she wrote on her official Twitter account. Well, although the Kardashians have chosen since the beginning of 2007 to share their lives with the public, there are things that they keep private.

“Ha, some of you would actually make up anything and swear it’s true, like you know what’s going on. The truth is never good enough … or juicy enough. So they create a narrative that fits with what they have decided to believe, ”he tweeted.

All that wave of speculation and misinformation, ended by hartar to the youngest Kardashian: “At this point that’s so old. I’ve always been terrified when people create fake shit about me without knowing the facts. It’s weird shit. “

In September of this year, Kourtney and Kim’s little sister exploded against their haters on social media (PHOTO: Instagram / khloekardashian)

In the same social network, Khloé continued arguing that users on social networks do not really know anything about her life and that what they say about her is more and more “pathetic”, putting their own health at risk.

“This is so insane sometimes. It’s outrageous how people feel they have the right to tell trash and lies about other people. Many people do it and it’s terrible”, He concluded.

But misinformation has not been the only evil that the Kardashian family has received for being all the time in the public eye. In 2016, Kim Kardashian suffered a robbery during her stay at Fashion Week in Paris, France and it all started with a luxurious ring that she decided to show off on Instagram.

In October 2016, Kim was robbed in Paris. Although he traveled with his sister Kourtney, she was not present. The Sun

Through her social networks, Kim published some photos of an extremely luxurious ring that her still husband, Kanye West, had given her that year. That post, which could look like any other, actually gave the green light for her to be the victim of a robbery.

According to Kim in They need no introduction, a group of five men led by Aomar Ait Khedache posed as policemen to access the apartment on rue Tronchet where he slept. Once inside, they stripped her of millions of dollars in jewelry and pointed a firearm at her.

At the time, Kim was even afraid of being sexually abused: “Since they were arrested, I was able to read their confessions. I found out that they had been following me for two years in which they prepared for that moment (…) They said they saw on social media that I had a huge new ring, ”recalled Kim.

After that day, many things changed for the Kardashians. Especially for Kim, who said she was paranoid after the altercation. It was not enough to have a security element present with them all the time; the show that had made them famous hid a dark side: the risks that come with excessive fame.

Nonetheless, the Kardashians cope with these complications together. “No matter how much our lives have transcended the program and the filming, that program is us,” he said in the same interview.

“I think that for many years we tried to prove that we are cool and that we wanted to be famous. Now, the show shows that we are normal, that we are like any family. It changed completely (…) (the spectators) came with us. They saw when I could barely pay the rent for my apartment, ”he continued.

“We would not be without Keeping Up With the KardashiasKim concluded. And, with good reason, some would argue that the entertainment, fashion and beauty industries would not be the same without them either.

The 70 years of Michael Keaton: the actor who changed the face of Batman, said goodbye to Hollywood and was reborn in the industry
Excesses, depression and mistakes: Johnny Depp and Winona Ryder’s passionate romance that didn’t have a happy ending
The 65 years of Kim Cattrall, the star of “Sex and the City” who repeatedly rejected the role of “Samantha”