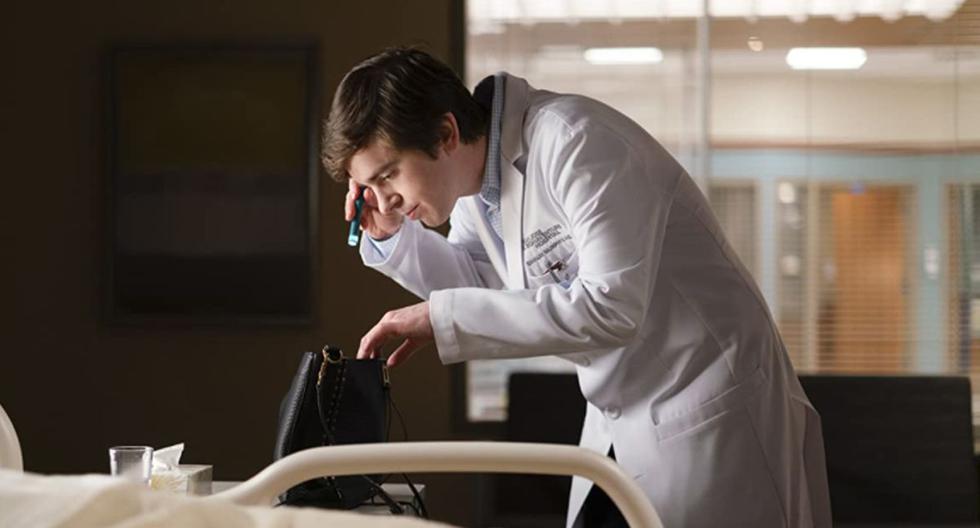 Following the end of season four of the medical series “The Good Doctor”, The fans were left with a bad taste in their mouths and several questions. And it is that there were many moments of tension that they lived Shaun Murphy and his girlfriend Lee, who despite everything managed to overcome the obstacles that appeared in their way and continued more united than ever.

MORE INFORMATION: What happened at the end of season 4 of “The Good Doctor”?

Another news that took viewers by surprise was the departure of the actress Antonia Thomas. The producers of the show decided to end their story after four seasons, making their character accept a position in a remote town of Guatemala, in order to provide support to the citizens of the place.

As it is remembered, the series premiered in ABC at 2017 and deals with the story of Shaun Murphy, a brilliant doctor with him Savant Syndrome doing his first year of residence in the Hospital San Jose St. Bonaventurand. Find out everything you need to know about the new season of the medical drama below.

MORE INFORMATION: “The Good Doctor”: the deleted scene of Dr. Carly and Shaun from season 3

WHEN IS “THE GOOD DOCTOR 5” RELEASED?

The fifth installment of the show created by David Shore and Daniel Dae Kim will hit the screens of ABC next September 27. Previously, the first seasons premiered in the last quarter of the year, but the fourth was delayed due to restrictions arising from the coronavirus.

MORE INFORMATION: Why Freddie Highmore Almost Turned Down the Role of Shaun Murphy

WHAT CHARACTERS WILL RETURN TO THE SHOW?

The full cast is expected to return: Freddie Highmore, Paige Spara, Will Yun Lee, Richard Schiff o Fiona Gubelmann. The only artist who will not be seen again, at least on a recurring basis, is Antonia Thomas, and in its replacement Osvaldo Benavides will have more screen in the program.

MORE INFORMATION: “Way Down”, the film that Freddie Highmore recorded in Spain

WHAT WILL HAPPEN IN THE FIFTH SEASON?

This edition means a new adventure for Shawn, the character will become more independent and will have new responsibilities. If in the previous season you had to monitor the new inmates, in this season you will no longer be a resident.

“It has been in a safe place until now, with a few exceptions. We want to mix things up a bit and make it a little less safe for him and see how he grows up in this situation, because he is no longer going to be a resident. On a personal level, we want to take it further, hence they are now engaged “, the producer spoke about it.

WHO WILL THE NEW COUPLES BE?

To give more life to the program, love relationships cannot be absent. One of them is Morgan and Park, after having given several hints of how they feel about each other. In addition, Lim finds his other half in Mateo, who will continue to appear as a regular character, as his story will be more visible this season.