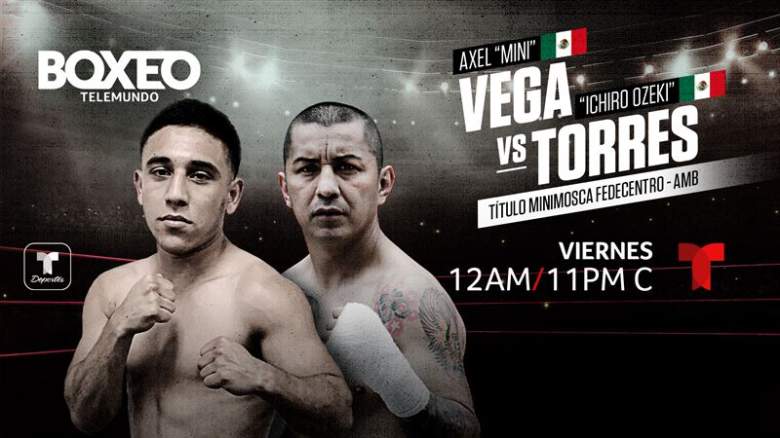 Telemundo Boxing, the longest running sports program on Spanish-language television, opens its fall season with WBA champion # 15 Fedecentro, Axel “El Mini” Aragón Vega, defending his title against # 14 of the WBC, Armando “Ichiro Ozeki Torres, in a 10-round fight for the title of the light flyweight division, this Friday, October 15 at midnight (ET), live on Telemundo and the Telemundo Deportes application.

The opening fight of the season will pit youth against experience. On one side of the ring is Axel “El Mini” Aragón Vega (14-4-1 with 8 knockouts), a 21-year-old Mexican, WBA Fedecentro champion and currently at # 15 in the ranking. His last fight was on March 13, 2021 against Hiroto Kyoguchi. On the other side of the ring is 40-year-old Mexican Armando “Ichiro Ozeki” Torres (26-19 with 19 knockouts), who is currently at # 14 in the WBC rankings.

Boxeo Telemundo’s fall season will feature three consecutive weeks of live events along with analysis of the fights and discussions on the latest boxing and MMA news. Throughout the season, host Karim Mendiburu will be joined by Jorge Calvo and Claudia Trejos, plus various world boxing champions and MMA stars as special guests. The season concludes with a final episode on Friday, November 5 produced from Las Vegas that will feature extensive news coverage and information on the Canelo vs. Plant. Coverage will begin with a special broadcast, via live streaming, from the weigh-in event, followed by Boxeo Telemundo with the latest news about the fight, as well as the best of the Boxeo Telemundo season, including flashbacks, preliminary fights ever views, and news and segments from the world of boxing and MMA.

It is not the first time that Telemundo has focused on broad coverage and transmission of sporting events. Although it acquired the rights to Mexican soccer, and soon we will also be enjoying the FIFA world cup, Boxing has also always been a priority, with uninterrupted programming through all the platforms that Telemundo offers, narrated by the team of experts. more suitable to provide a close and authentic look at all the adrenaline that will be living in the ring.

Starting next October 15, the entire audience will be ready to experience millions of emotions. Boxing is coming on Telemundo!