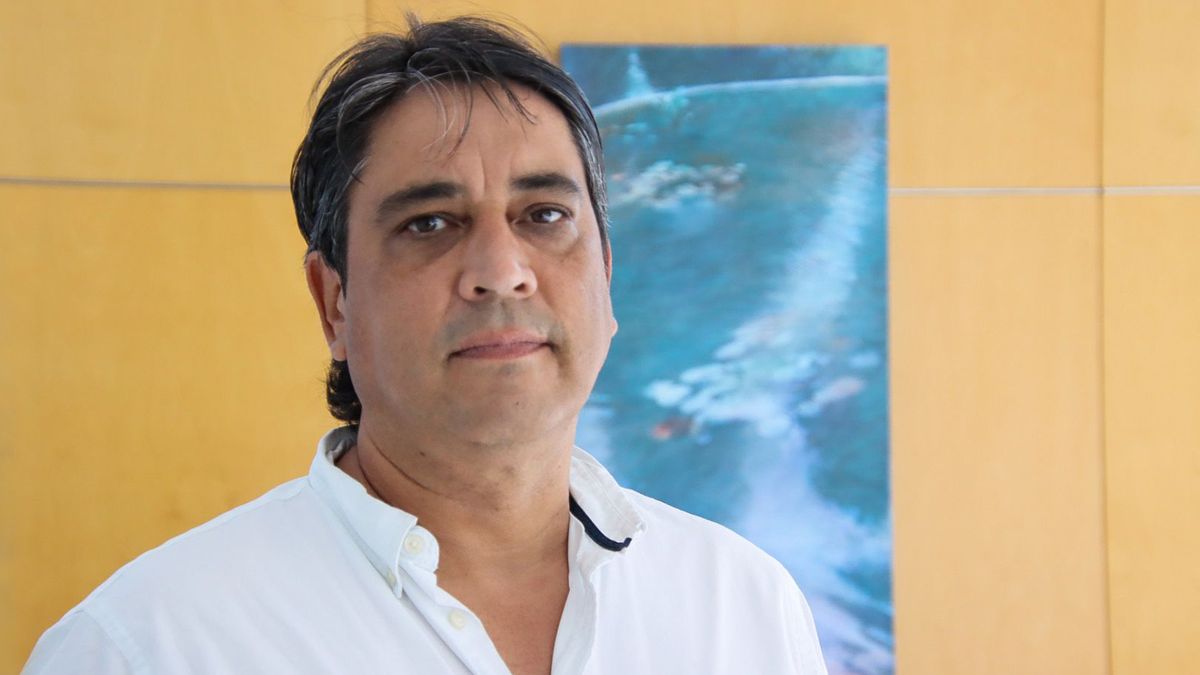 Three hours after the first plane crashed into one of the buildings, Galvis, along with a journalist, a cameraman and a fourth person close to the communicator, embarked on the “adventure” of traveling through much of the eastern part of the country to reach to Manhattan. Eighteen long hours of travel.

At that time, the Colombian born in Bucaramanga, near the Venezuelan border, was 32 years old. He had been in Miami for almost a year and had come from working with the journalist Claudia Gurisatti, on her program La Noche. He worked with the Colombian television channel RCN, which in those days had just established a “news bureau” in South Florida.

“The day before, he had been covering a process in court with the Colombian drug trafficker Fabio Ochoa. That day a lot of rain fell on me and the next day I woke up a little sick, ”he recalled.

Although the members of the news team that are mobilized aboard a vehicle type go to cover the most shocking news of the last decades in the United States and the world, they had managed to see the first images, except for Galvis who defined some matters of the trip , all did not know the true magnitude of what happened.

“We rented the car since there were no flights due to the air restrictions that were imposed immediately. A trip to a city that we did not know, Google Maps did not exist, we went with a paper map that we had to buy on the way, “he said.

His only source of information was the radio. There were no smartphones either. At the height of North Carolina they came across a “large number of trucks carrying soldiers.” So, they thought the worst. “A war is coming,” they commented. Shortly after they were arrested by the Police. The reason: speeding. “I was driving; the officer gave me a warning ticket and let us go. A great scare, ”he recalled.

At that moment, the four occupants realized that they were not wearing the main thing to differentiate themselves from the other vehicles. One of the four, Galvis does not remember who, made a “press” badge on paper to put it in a visible place. That way, they could have access to the journalists’ area.

The four people had taken turns driving the vehicle. Galvis struggled to coordinate the trip with the determined help of his fellow runners. He received the money that was sent to them from Colombia through Western Union. The journalist managed to make the reservation in a hotel that was recommended to her from Colombia.

When they arrived in New York, the first thing they saw in the distance was a smoke screen coming from the area of ​​the attacks. “We went straight to the place, we arrived in the morning reading the map, guessing where the site was,” he said.

Most entrances to Manhattan were closed. They only saw “vehicle plugs everywhere.” The Police guided the press and rescuers in one way. From one moment to another, he said, “people began to applaud us when we were arriving, they gave us gloves, they thought we were lifeguards.”

There was a lot of smoke, dust everywhere. “Everything the world had seen live, we had not seen because we were traveling. I didn’t see people throwing themselves out of the windows. It was the most talked about. For this reason, we found a lonely, empty, sad city ”, said the audiovisual producer.

He had a fever and a bad cough. Someone approached him to offer to enter “Ground Zero” with a hidden camera. He did not agree. At that time he only had a journalist visa (Type I). He believes that “if they had caught me there doing that, they would expel me from the country. Everything was on high alert ”.

Galvis and the news team he was gaining more experience with began to network and seek newsworthy information. The goal was to discover stories of Colombian victims of the disaster. They recorded and went to a place to send material via satellite. In those days there were no other tools for transmitting images in real time, such as the LiveU.

The first case they set out to cover was that of a Colombian firefighter who had been injured. The journalist and the cameraman tried to enter the hospital where the rescuer was, but they were prevented from doing so. Galvis asked about the firefighter, he said he wanted to go up to his room and they let him pass unhindered.

According to his account, “I found the wife in a waiting room and asked her if she could speak to us. A man next to him got up and asked who I was. He showed me a police badge. He told me he couldn’t be there. Some guards grabbed me and put me in a room to investigate what I was doing in that place ”.

Then, he said, “about five policemen were going through, one by one, all the papers that he was carrying in his backpack. I had paid the tolls, the gas, the lodging and that could serve as proof. We could not send material to Colombia, I had the car keys, everyone was waiting for me downstairs. Finally, we were also unable to interview the firefighter or his wife. The policemen told me that if they saw me again at the hospital they would arrest me. That was the first day in NY. “

Later they learned the story of a blind person who was saved thanks to his dog. “They told him to wait upstairs, that they were going to rescue him and he ignored the security officers. He went down the stairs with his dog and survived by ignoring it, “he said.

Galvis said the days in New York were “very convulsive.” He remembers “many relatives” of the victims of the attacks on the “wall of the disappeared”. It was the first time that I had seen so many “very, very sad” people placing flowers, photos and other items in remembrance of their own.

Nor does he forget the burial of several firefighters of Irish descent and the “sad sound” of the bagpipes that made the New York atmosphere more gloomy.

Two days before the 20th anniversary of the Al Qaeda attack, Galvis received DIARIO LAS AMÉRICAS in the lobby of the building where he resides in the Miami sector of Brickell. His wife, NTN24 journalist Paola Serna, was at his side. The Colombian communicator is the one who has had to deal with her husband’s “chronic ailments”.

“Sometimes we go to a BBQ [barbacoa] And, alone with the smoke, Edgar ends up in bed for more than a week. The cough that falls on him is intense, he seems to be choking, ”said Serna.

Galvis has never asked his doctor about the cause of these ailments. It assumes that “the mixture of the rain the day before I left on my trip and then all the smoke and dust that I inhaled in New York, may be what has affected me.”

After that hard experience that continues to overwhelm an entire country with pain, the only thing that this smiling and affable Colombian is clear about is that “sometimes I would like to erase everything I saw in a city that looked like a huge cemetery” and, in As for him, to be able to lead a life as normal as possible, without even having to get away from people who smoke around him so as not to get sick.