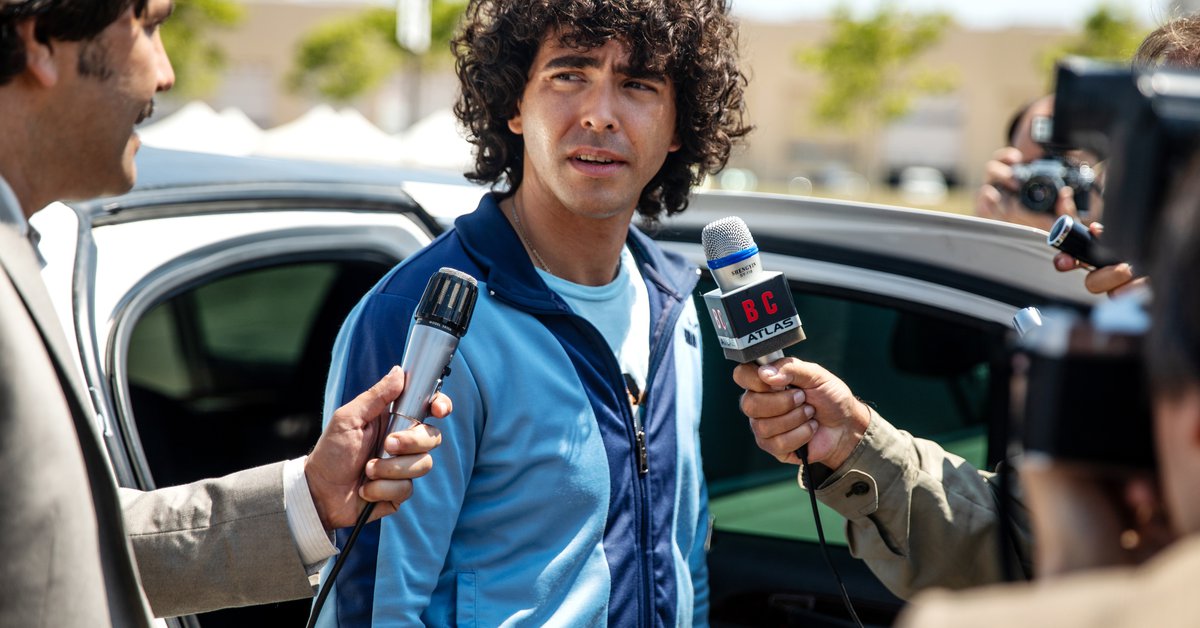 Decades ago Diego Maradona He is the subject of films, books, songs, documentaries, and other narratives about his life. The player’s story was so intense and huge, that never a new appearance of this kind of material seems to be the last. Its rigor depends a lot on who is in charge of the project and what relationship it has with the figure of Maradona off the screen. There are not so many figures that have had as many versions as those that Maradona had and will have. There are many Maradona and the Amazon Prime Video miniseries Maradona: blessed dream he knows.

The story starts in the year 2000 and goes back in several flashbacks to tell the life of Diego from Villa Fiorito until the moment of a crisis that brought him to the brink of death. Nothing new when it comes to biographies of famous people. It is the most common and worn structure to tell these types of stories. But the striking thing about the miniseries is the huge accumulation of crazy mistakes, some inexplicable, others clearly with intentions linked to settling scores with certain characters.

It has been a unanimous and explosive reaction to an event that appears in the first episode. When they go to take Diego to play Cebollitas they ask him his age several times. He insists that he is nine years old, they ask him again and even ask for his year of birth. He answers 1960, for which the action takes place in 1969. Immediately afterwards, the death of Juan Domingo Peron. According to the logic of the series, the politician would have died then at that time and 1974. It is not possible that they did not know that when making the series, but taking five years off the life of Perón is also a way to erase five terrible years of the history of Peronism. In a distasteful pirouette, they all go from mourning their great leader directly to the military dictatorship of 1976.

Diego at age 9 in the series (“Blessed Dream”)

All fiction has its poetic licenses, often to improve the story. But how Maradona: blessed dream he insists a lot, perhaps too much, on his lowering of the political line in later episodes, that failure is at least suspicious. Nor is there a record of a declared and fervent affiliation of the Maradona family to Peronism, as the series underlines at various times. It is an invention of the scriptwriters, whose intention seems more to wash Peronism than Maradona. Many biopics tend to beautify and idealize their protagonists. Here we sought to embellish and idealize Perón. A true rarity, to say the least polite.

Less problematic decisions are the colors of the jersey with the famous interview that they made when he was a child and Maradona wanted to say that he wanted to play a World Cup. They are small things that do not affect. Every biography, from Vincent van Gogh a Elton John has its aesthetic decisions based on the benefit of fiction and to the detriment of documentary. It is, again, the political and the marked intention of the real events of which the series boasts.

Many dates do not close, the presence of the military in football begins a couple of years before and for reasons related to possible conflicts there are names that are not used. This has happened since the beginning of cinema and television. The series takes its time to leave the Beto Alonso, which he turns into a true villain without any need or relevance. In these things the series shows a partial, intermittent, dishonest audacity.

A young Maradona on the beach (“Blessed Dream”)

The series finds justification for putting Malvinas in the plot because the link between the war and football had several points, but it does not find a coherent way to put the Mothers of Plaza de Mayo and the disappeared and destroys the entire narrative logic by forcing its entry. In the first episodes he opens a subplot with that topic that has something that is not in the rest of the series: He abandons Maradona and his environment to build characters with minimal appearance that break with the point of view of the series. Neither Maradona nor his surroundings, a mother from Plaza de Mayo takes on a leading role that does not correspond to this miniseries. There the script shows its trick: the same one that many stories that take place in Argentina have had and dream of an international market that wants that. The worst thing is that there is a later scene that would have been enough to show the Mothers and their protest, but the filmmakers did not trust the intelligence of the viewer nor did they want to avoid underlining the speech. On the other hand, the aerial shot that goes from the stadium in the World Cup to the detention center is absolutely abject.

There is another villain in the series: journalism. Journalists are everything bad in the world. If the points are added, a fairly clear conclusion is reached: the Maradona of this miniseries is that of the story of the last two decades. Precisely the one that was built after 2000, the moment of the beginning of this documentary. A very particular construction of the life of Maradona, Claudia Villafañe, Guillermo Coppola and other characters in the player’s life. Also a Manichean simplification of Argentine history that no one buys or believes anymore.

Diego in his hospitalization in 2000 (“Blessed Dream”)

We will have to wait for the next movie, the next miniseries or the next book to meet another Maradona, one more of the many we have seen so far. It may also be time to face some of his darkest moments, the one that everyone knows today but that the miniseries does not want to show either. In its own way, this is an authorized biography, with several secret rematches and others that are not. Also on Amazon Prime Video there is something about Maradona that is worth watching: Diego Maradona (2019) the documentary feature film directed by Asif Kapadia. There, among other things, Diego’s love for football is understood, a subject that this miniseries does not care about in the least.

A meeting, a reunion and an answer: the three pending issues that Diego Maradona could not solve before his death
Claudia Villafañe’s moving greeting to Diego Maradona for his birthday

The errors, inconsistencies and nonsense of the miniseries about the life of Diego Maradona