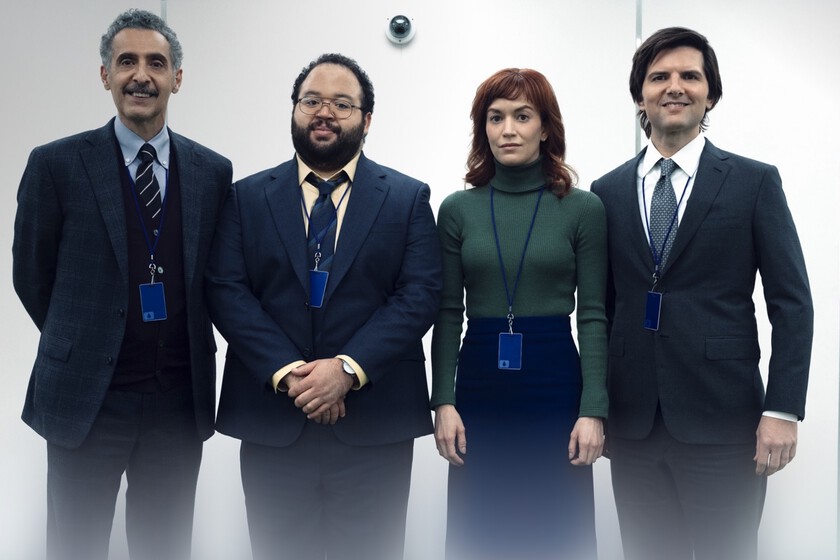 I already saw it in its first episodes: ‘Separation’ was a series that would stand out. Its premise is original, its actors perform perfectly in their roles and its setting has very few points where it could improve. Now that its first season is over we can say it: ‘Separation’ is one of the best Apple TV + series and probably the best we are going to see this 2022.

The creation of Dan Erickson and the direction of Ben Stiler combine perfectly to describe this dystopia: imagine that there is a Berlin wall in your brain that divide your personal self from your work self. You are two completely different people, and outside the office you don’t know who you are or what you do inside it. And vice versa. As I said a few weeks ago, secrecy taken to the extreme.

What makes this series great, for me, are two things. The first is his photography, his scenography in a cold wasteland that describes to you a company with a founder so idealized that he is sometimes compared to a god. Sometimes it reminded me of Aperture Science, from the video game saga Portal.

The second is undoubtedly the interpretations of each character. They are the main pillar of the series, because it depends on them that we understand what that “mental separation” means that makes you two completely different people depending on whether you are at home or in the office. Y they solve it masterfully.

Everything is crowned with the mystery of the company itself: its objective, the way its employees and managers work… a great enigma to solve. The series begins in a strange way that may not convince everyone, but goes from less to more until culminating in a memorable season finale And that leaves you wanting more.

The best news is that Apple has renewed ‘Separation’ for a second season, so we can continue to find out what happens inside the walls of Lumon. This series has undoubtedly become the best in the catalog for this spring, and one of the best in the entire current television scene. Essential.

Other Apple TV+ series and movies we’ve talked about: