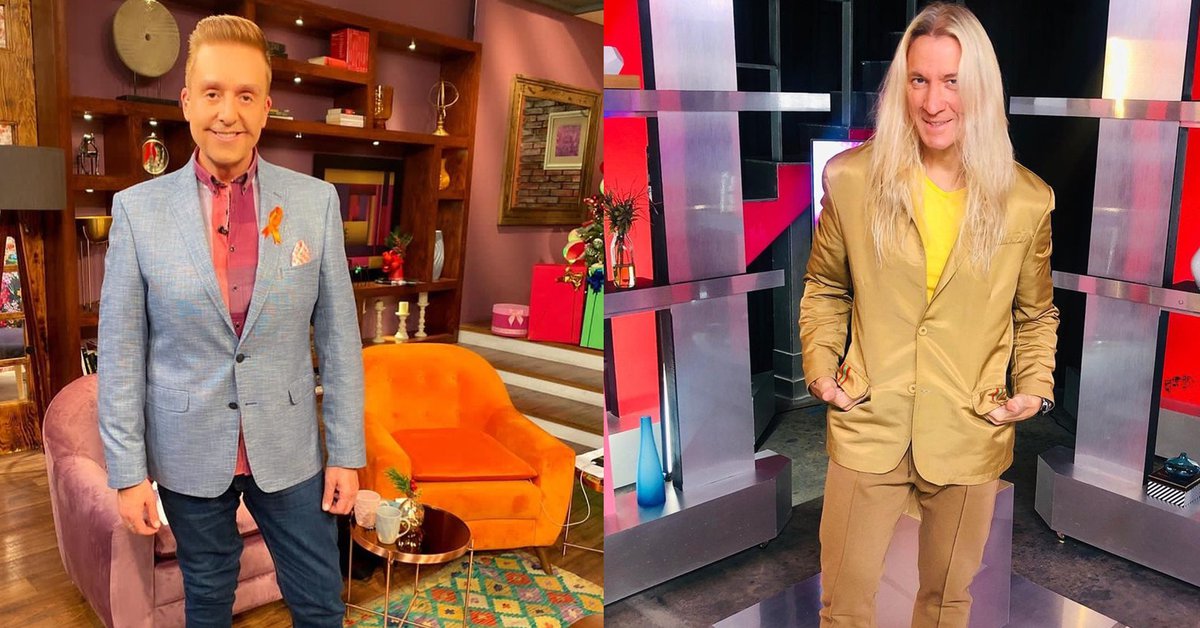 In early 2021, television host Daniel Bisogno almost lost his job at Windowing. This after the Tv Azteca executive Alberto Ciurana got fed up with his irreverence and, arguing that the radio host did not “support” the program, he decided to leave the television broadcast.

During an interview with the journalist Mara Patricia Castañeda, the owner of the show program of the Ajusco television station, Pati Chapoy, He opened up about the difficult outlook the driver faced after being laid off from the show for a few weeks last December.

“Today, Daniel is on the show. But there was something that bothered Alberto Ciurana a lot in December. You will believe me that I don’t even remember what happened, what he said. Then you will be rested on the orders of Ciurana, ”he said in reference to the Tv Azteca executive who died a month ago.

Pati Chapoy talks about the risk of Daniel Bisogno being fired

In the end, Pati recalled that once the broadcast of the special anniversary program of the program passed on January 22, a decision had to be made regarding Bisogno’s stay on television.

“The anniversary passes, a day is set for departure (from Daniel Bisogno) and a week before the departure, Benjamín Salinas decides to appoint Rafa Rodríguez as the general director of the company (…) Rafa comes to the forum one day and says: ‘Do you agree that Daniel Bisogno should be sent off? ‘ and I said ‘No, that is a decision of Ciurana’, (he told me) ‘is that Ciurana is alleging me that those who support the program is Pedro Sola and you (Pati Chapoy), that Daniel does not”.

Finally, Benjamín Salinas, who was appointed vice president of Grupo Salinas at the end of January of this year, clarified to Rafa Rodríguez that Pati Chapoy is the only person with an agency to decide on changes in the driver staff.

“He went to see Benjamin and Benjamin told him: ‘The only one who has the power and the decision to run someone from’ Ventaneando ‘is Paty’. So, (they asked me) ‘what do you think, Pati?’, And well she stayed (…) Daniel knew everything I’m telling you, everything. “

To conclude with the story, Pati revealed that it is not the first time that the enigmatic driver has been involved in a problem of this magnitude and that, if he makes another mistake, he could lose his job.

“I hope it fell on the 20th of You must be very careful with what you do outside the program, especially if you are going to step on the interests of the company or an executive againWell, there are things that are lost (…) at the age of 47 or 48, you must understand. Because it is not the first time, it is not the first time that an executive wants to thank you. Yes (I defended it), it’s part of the program, but if he continues to screw up (I will not have another)”, He concluded.

It was in December 2020 when the driver of Windowing he stayed off the broadcast for a few weeks after he insulted Argentine entertainment journalist Javier Ceriani, whom he called “Badly Fucked Witch,” on air.

“We are looking at how to present it”: Pati Chapoy spoke about the new Ventaneando series
“Lower two fingers to your anger”: Pati Chapoy exploded after criticism of her interview with Enrique Guzmán
After your visit to Televisa, what will happen to Anette Michel at MasterChef México