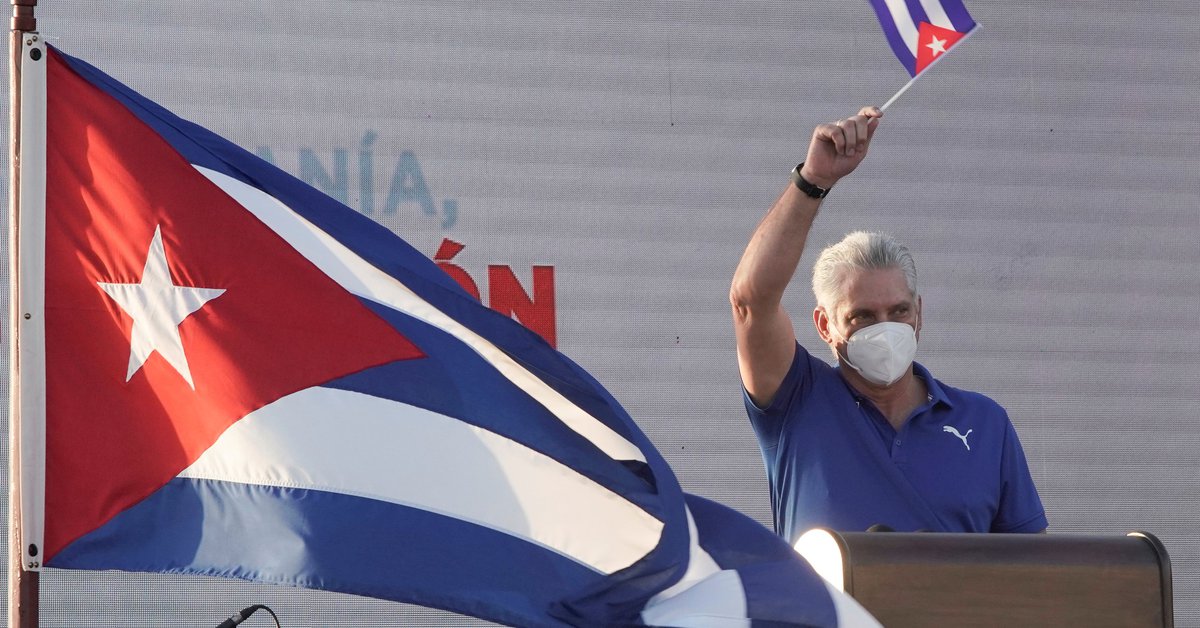 The Cuban regime today withdrew press accreditations from Efe Agency journalists in Cuba, on the eve of the outlawed civic march on Monday 15 to demand a political change on the island.

The heads of the International Press Center urgently summoned the Efe team in Havana, which is currently accredited –three editors, a photographer and a TV cameraman– to inform them that their credentials were withdrawn without clarifying whether the measure is temporary or permanent.

The provision was adopted a month and a half after the accreditation of Efe’s editorial coordinator in Havana had been withdrawn.

Authorities warned the security team Efe that cannot carry out its journalistic work from this momentNor did they want to clarify the exact reasons that led them to make this decision.

EFE journalist in Cuba, in a file image, interviewing the Castro dictator (EFE)


The resolution occurs at a delicate moment in Cuba with a civic march called by the opposition for next Monday, in order to demand a political change on the island, which has been outlawed by the Government and when the country opens tomorrow, Sunday, its borders to tourism.

It is the first time that Cuba has withdrawn the credentials of the Efe Agency and there is no record that this measure has been adopted on another occasion with an international news agency on the island.

Orlando Gutiérrez, coordinator of the Assembly of the Cuban Resistance, assured from Miami (Florida, USA) that the acts and protests called in Cuba and the rest of the world for November 15 constitute a “key moment” to achieve the “Freedom, democracy and justice” on the island. “We have never been so close to freedom” as now with the demonstrations and civic march scheduled for 15N in Cuba, and, in this context, the next few days will be “vital, key,” he said.

The exile and opposition leader called on all Cubans outside and inside the island to join the protests “as one nation” to restore “freedom to be a prosperous and happy people.”. But “we cannot think that a single day is the only one (…) We have to think that the 15N has been successful in that it has brought the attention of the free world to Cuba,” he added.

Gutiérrez then congratulated all Cubans on the island who have accepted the risk involved in “resigning from the official” organizations “that do not represent Cubans,” such as the Communist Party or the Union of Young Communists, among others. These are organizations that are part of the “Machiavellian strategy of the regime for the people to repress the people,” added the activist.


Gutiérrez was convinced in his message that the support for a “national strike” with the resignation of all the organisms of the regime “is growing” among the population, an action that the exile, he affirmed, “will support by all means.”

The coordinator of the Assembly of the Cuban Resistance, a platform that brings together opposition organizations in Cuba and outside of Cuba, appealed in his call to “continue this work” at a time when, he said, “we have seen it increasingly collapse the artificial barrier that the tyranny raised to separate the Cubans and be able to govern them ”. A civic march that advocates the construction of a future in which “Cubans can express what they think and live in freedom,” he concluded in the message.

The Cuban dictatorship intensifies censorship: it withdrew the press credentials of EFE journalists in Havana