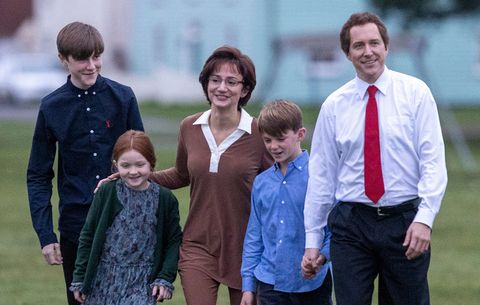 As fans delight in the newcomer season 5 of ‘The Crown’available from this Wednesday, the desire to know more about what will come after those 10 new chapters has increased. What do we know about season 6 of ‘The Crown’?

The sixth and final season of the Crown Jewel will continue to focus on the life and reign of Queen Elizabeth II.. Here we reveal everything we know so far about Season 6 of the famous series, including the rumored premiere date, plot and time period it will cover, cast, and much more.

Netflix has not confirmed the release date of season 6, but judging by the release dates of previous seasons, including season 5, it can be predicted that it will arrive on Netflix until November 2023. In any case, it will be necessary to be pending the news that comes from Netflix.

The good news is that season 6 is definitely underway and filming started this past August.

Although at one point the series was scheduled to end after five seasons (having originally been intended for six), the show’s creator, Peter Morgan, decided to go back to his initial plan and split the final season into two to give more details. Season 6 will be the last stretch of this production, one of the most relevant series on Netflix.

As has been the case since its inception, season six will feature the same main cast as season 5. Imelda Staunton is therefore expected to hold the crown for the last time, Jonathan Price be once again his consort, Lesley Manville Princess Margaret, elizabeth debicki be Lady Di and Dominic West take charge of being Charles of England again.

As for the new characters arriving in Buckingham, there are already hype with the arrival of Kate Middleton in the history of the series. She and Prince William both enrolled at the University of St Andrews in September 2003. Two actors have now been cast to play Diana and Charles’ eldest son in his late teens and early twenties. Ed McVey Y Rufus Kampawill be in charge of interpreting the heir to Carlos III. Meg Bellamy She will play Kate Middleton.

Will the death of Queen Elizabeth II affect the series? The death of the monarch on September 8, 2022 offers a different perspective of the existing episodes of ‘The Crown’ and also of the two seasons that have been pending to be released after that date.

As the media discussed the legacy of the queen’s long reign after her death, ‘The Crown’ returned to Netflix’s global top 10. Spectators saw, or re-seen, the story that covered part of the 70 years that the sovereign has been on the throne.

Series creator Peter Morgan paid tribute to the late Queen in a short email revealed by Deadline: “‘The Crown’ is a love letter to her and I have nothing to add for now, just silence and respect. I hope we also stop rolling out of respect“, wrote.

It had been thought that the premiere of season 5 would be delayed due to the death of the Queen, but Netflix confirmed that the new episodes would premiere on November 9.

What time period will season 6 cover? Each previous installment of ‘The Crown’ has covered roughly a decade. In the last chapter of the fifth season we see how Tony Blair rises to the position of Prime Minister, taking over from John Major, in 1997. Therefore, it is expected that season 6 portrays events from the mid to late 1990s to the early 2000s.

Netflix has not released any official information about the plot in the sixth seasonbut we can speculate based on the key events of Queen Elizabeth II’s reign during that time period.

In this final season, the events that took place after Diana’s tragic death in August 1997 will be reviewed.. It is also expected to follow the years in power of Tony Blair (1997-2007) and his professional relationship with the monarch after the death of Lady Di. The 9/11 terrorist attacks also took place during this period, followed by the War in Iraq.

Other key moments include the Queen’s Golden Jubilee in 2002, which celebrates Her Majesty’s 50 years on the throne. On the other hand, that was a tough year for the monarch, given that both her sister, Princess Margaret, and her mother, Queen Elizabeth, died just a month apart between the two deaths.

What there is not much hope for is finding events closer to today. Peter Morgan was in charge of confirming that Prince Harry and Meghan Markle’s romance will not appear in the final season of ‘The Crown’. He explained in an interview with The Hollywood Reporter: “I think we all become a lot more interesting (over time). Meghan and Harry are in the middle of their journey, and I don’t know what their journey is or how it will end. You want some happiness.” , but I feel much more comfortable writing about things that happened at least 20 years ago. I have a 20-year ruler in my head. That’s enough time and enough distance to really understand something, to understand its function, to understand its position, to understand its relevance.

‘The Crown’, Season 6: Images and trailer

It is too soon to have official images of the sixth season. The five above are available on Netflix.

What we do have is scenes found on Twitter from the shoot. Barcelona has become the Paris of the summer of 1997, the moment in which the tragic death of Diana of Wales and her partner Dodi Al Fayed happened.

Mary Aller
In his pre-adolescence he began to buy film magazines and thus established his love for movies, blockbusters or indie cinema, it did not matter.

‘The Crown’: We tell you everything about the sixth and final season of the series