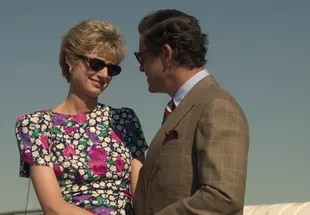 Two months after the death of Queen Elizabeth II and the assumption of Charles as King of England, this Wednesday arrives the fifth season of The Crown, the multi-award winning Netflix series, created and written by Peter Morgan. The fiction, based on historical facts, covers political events and the intimate life of the monarch, from her arrival on her throne -at just 25 years of age- until her last years.

Last season had closed with the end of Margaret Thatcher’s power and the questioning of the strict control she exercised over her cabinet, as well as the harsh socio-economic measures she took during the decade in which she was prime minister. At the same time, A young Diana Spencer appeared on the scene, who married Prince Charles, whom she had only seen a dozen times in her life and who did not hide her feelings or her parallel relationship with Camilla Parker Bowles..

The new episodes, fully set in the 1990s, present a renewed cast and new stories of a family that, despite experiencing dramas worthy of a soap opera, seeks to take care, down to the smallest detail, of its public image, preserve and defend “the system”.

“You are no longer a rookie, long gone are the days when you considered us a family,” Felipe de Edinburgh warns Lady Di in a scene. This is a system. We are all part of it. You, me, the Boss, the uncles and the cousins. For better or worse, we are all trapped. We can’t take the clothes out in the sun and ventilate everything like in a normal family. Or we will end up damaging something much bigger and more important: the system. Try to be creative, break all the rules and do whatever you want. You can make whatever arrangements you want to find happiness, as long as you remember the only condition, the only rule: you must be loyal to your husband and to this family… In public”.

Time passes, the characters grow and the actors change. And although, as viewers, it can often shock us to see new faces playing the same characters, in the case of The Crown the cast change flows naturally.

In this fifth season, Olivia Colman -Oscar winner for The favourite– says goodbye to the series to make way for Imelda Staunton. The actress, who played Dolores Umbridge in the Harry Potter saga, comes to play a queen who has already reached 65 years of age and has a physical appearance much more similar to what we all remember in recent years. This is not the only one: Dominic West also puts himself in the shoes of Prince Charles, Lesley Manville as Princess Margaret, and Jonathan Pryce plays Philip.

Surely, Pryce’s face is familiar: he is the actor who played Juan Domingo Perón years ago in the musical avoid starring Madonna and Jorge Bergoglio in the Netflix film the two popesa role for which he received an Academy Award nomination.

A separate mention deserves Elizabeth Debicki, the actress who brings Diana to life and who we have already seen working in films like The Great Gatsby, Macbeth, Tenet Y Guardians of the Galaxy 2. The French-Australian actress and model is not only surprising because of her great physical resemblance -an enormous achievement for those responsible for the casting- but also because of her interpretation: gestures, looks, tone of voice and body movements are identical to those of the princess.

For his part, Khalid Abdala plays Dodi Al-Fayed, Lady Di’s partner who accompanied her when the car accident occurred in which they both died in 1997. In these chapters, the millionaire businessman’s romance will not yet be shown. with Diana, but will still be seen in his relationship with model Kelly Fisher, whom he is leaving two days before their wedding.

Since she began The Crown in 2016, the costumes were one of the great protagonists of the series. With more than 300 suits per season, the fiction shows how fashions changed over time and the importance that British royalty always gave to elegance.

In this fifth season, the costumes become even more relevant thanks to the character of Lady Di, who was considered a fashion icon, with replicas identical to those worn by the princess.

Even Much anticipation has been generated for the so-called “revenge dress,” which was recreated in the series by Emmy-winning designer Amy Roberts. It was a black dress, tight to the body and very low-cut that, according to legend, Lady Di kept in her closet for years and that she was not allowed to wear because it was too daring. However, in June 1994, the princess did not hesitate to wear it the same night that her ex-husband publicly admitted on television that he had been unfaithful to her.

Although this season focuses much more on the intimate lives of the members of the royal family than its predecessors, the political background is still present in the script, where it begins to consider how part of British public opinion no longer supports the monarchical regime as well as their excessive spending.

It is also reflected how the then Prince Charles begins a silent dispute with his mother, who has no intention of abdicating the throne.

“At first I had imagined The Crown running for six seasons, but now that we’ve started working on stories for season five, it’s clear to me that this is the perfect time and place to stop”, Morgan said in a statement some time ago.

However, in January he announced that fans of the series could enjoy a sixth installment. “To do justice to the richness and complexity of the story, we decided that we should go back to the original plan and do six seasons”, he assured.

As they advanced, this final chapter will not be closer to the present, but will develop in greater depth and detail the events of the same period.

After the death of Elizabeth II, many saw this new season with different eyes. Even respect has been asked for the queen and her family in a moment of mourning. Actress Judi Dench and former Prime Minister John Major were among the figures who openly criticized the series, calling it “unfair, sensational and cruel”.

The Crown: new faces, bedroom conflicts and what to expect from the fifth season