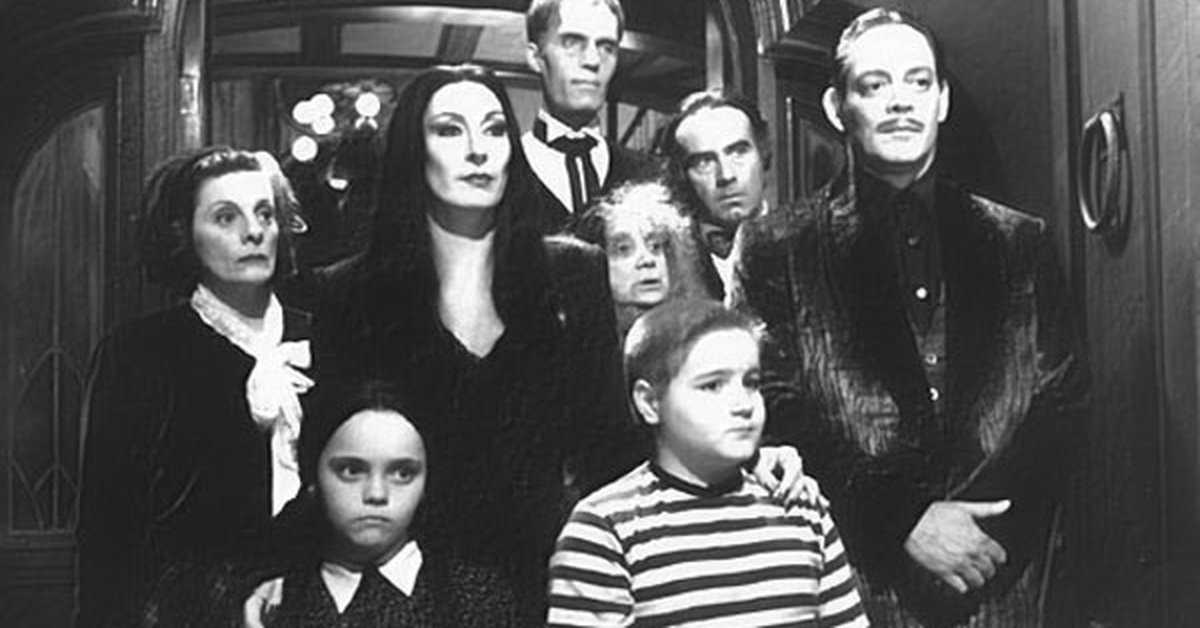 Two seasons made the Addams family one of the most famous on world television. In Latin America it was not enough that they were family and the series was called The crazy Addams, an unnecessary and even contradictory underline, since the song in its Spanish version called them a very normal family. The clash between the lovable Addams and the rest of society was the central joke of almost every episode, where the people who visited them found a delusional world that was nevertheless familiar to all viewers. Impossible not to love them.

Its creator, Charles Addams, began making cartoons for The New Yorker in the 1930s. There, the ghoulish and lovable characters still had no names. When the Addams became a television series, the author himself helped to make the names that each of the protagonists would have. The differences in names between the originals and their Latin American version are notable, but over the years an attempt has been made to unify them, with still relative success. It is difficult for Homer to be Gómez or for Uncle Lucas to be Fester. The new generations, however, will never know this difference.

The series consisted of short chapters where the Addams displayed some of their countercurrent customs and then faced an outside visitor. In general, the attitude of the family was open, innocent and positive, the rejection always came from the visitors. The subject of the different discriminated by the supposedly normals was very advanced for the time. The series was able to traffic many interesting subjects in its crazy comedy format. The Addams were a weird but not dysfunctional family. A role model even if they did not comply with any of the norms that society considered acceptable.

Rare? In general, the attitude of the family was open, innocent and positive, the rejection always came from the visitors

The visitors, many times with some plan to deceive the Addams, ended up in a madhouse, leaving their jobs, the city or even the country. Homero and MorticiaHowever, they did not realize the consequences of the clash with these characters and used to believe that they had helped them, not harmed them in any way. The terror that the visits felt by the characters are clearly based on prejudice. The Addams never wanted to hurt anyone. The huge butler Long, the insane Uncle Lucas, the grandmother witch or the incomparable Uncle Thing They are strange characters but they are not villains, far from it. Neither do children, although they have the mischief typical of childhood that appears in all series. If we talk about childhood, it is always a beautiful trivia to remember that the bald and plump Uncle Lucas was Jackie Coogan, the actor who a decade ago played the boy in the movie The kid next to Charles Chaplin.

Despite having only two seasons and a total of sixty-four chapters, the series was never forgotten. Specials, animated series were made and the legacy grew little by little until in the nineties two highly successful feature films were made starring Raúl Juliá, Anjelica Houston, Christopher Lloyd and Christina Ricci. Juliá’s premature death prevented a third film with that cast and the change of names resulted in a much inferior film. In the movies the biggest change was Fingers, the hand that in the series was in a box and in the movies it moved freely everywhere.

When the movies were made the world was already different. The Addams clothes were no longer so rare and their eccentricities had examples in real life, in marching bands, series, filmmakers and teenage groupss. Not for nothing Merlina, masterfully interpreted by Christina Ricci, would become the great star of the second film. The tone was not that of the series, but the girl’s battle against the ñoña culture caused her a true fan club. After a Broadway musical the Addams came back with two animated movies for boys. The drawings respect the concepts of their creator, Charles Addams, just look at the original drawings and compare them with the color version. But the story does not end there.

The confirmation of that validity is in the series that is preparing Tim Burton about the adolescence of Wednesday, confirming the interest in this character. Director of The young scissorhands and Ed Wood He has a filmography very close to the universe of Los Locos Addams, but when the films were made his career was far above a remake or an adaptation. Years later, already at another point in his career, Tim Burton has done only remakes and adaptations, so it is not strange that now he approaches the Addams. However, it is a different material, concentrated on one character. Either way, it’s good news that the two worlds intersect.

They were strange, eccentric, but they loved each other very much, they formed a great family

In 2021, telling the story of a dark girl who is different from everyone has zero risk, it is almost an obligation, but when the series was made, the proposal had a certain risk. Maybe that’s why it lasted only two seasons, even though from then on it became a cult show. Normality was already being questioned and the public understood that madness was not what defined the Addams. They were strange, eccentric, but they loved each other very much, they formed a great family. And besides, Homer and Morticia were a passionate marriage with a clear sexual charge, the only one on television at the time. Even in that the Addams were different from everything. That is why even today they are still subject to review and affection.

The boys: the spin off of the series forbidden for children under 17 years arrives
Squid game comes off the screen and will become a reality in Abu Dhabi
Clumsy, beautiful, wicked and powerful: the witches who bewitched the audience