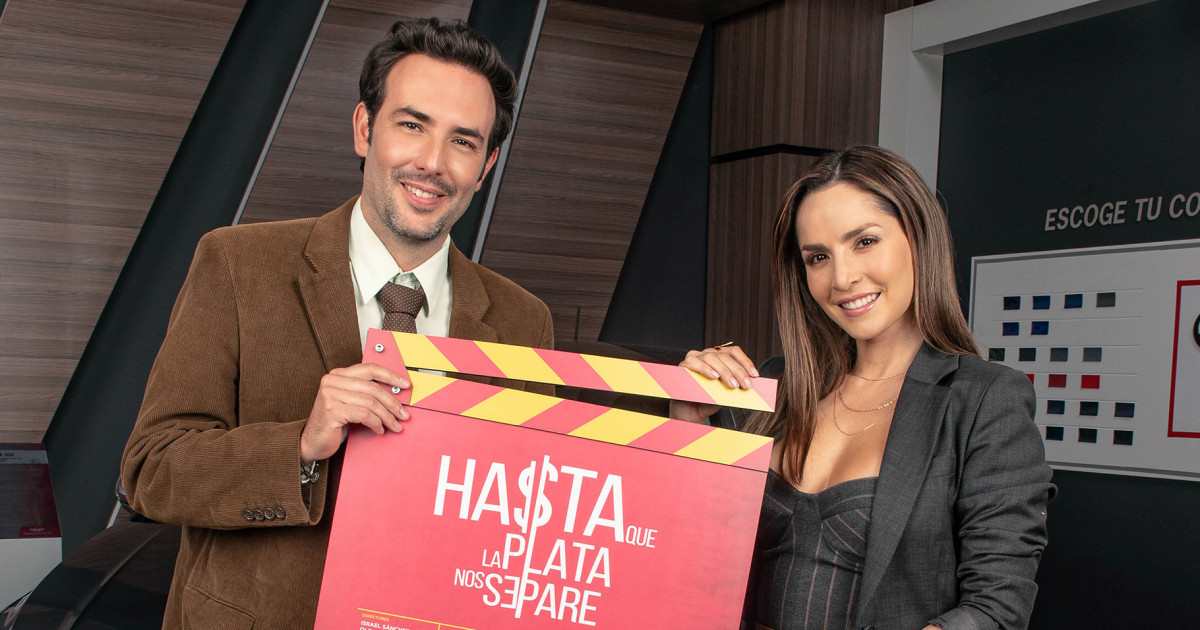 This coming May 10, the new version of the series will hit the screen of Telemundo ‘Until Money Do Us Part’starring Carmen Villalobos and Sebastián Martínez, in a production of RCN Television for Telemundo.

This original story by Fernando Gaytán will feature a cast of international actors who will present us with a series full of humor, passion and lots of fun.

Next, we tell you a little about the characters that each of these endearing actors will play.

Alejandra Maldonado is the successful Commercial Manager of Ramenautos, a prestigious distributor of all types of vehicles. Alejandra enjoys the appreciation and respect of her salespeople because, despite being in a men’s environment, her vast knowledge of her business makes her one of the most admired executives in the automotive world. She is a woman of aristocratic origin, although, in recent years, her family’s fortune has been threatened by her father’s disease: Alzheimer’s.

Rafael Méndez is a prolific seller of all kinds of household products. His success lies in his overwhelming personality and his knowledge of medicinal plants and herbs, the main active components of these products, since his peasant origin allows him to speak with ownership of the matter.

Luciano is a distinguished, gentlemanly and handsome man, the perfect husband that Alejandra has been waiting for so long. Despite coming from a very wealthy family, the Valenzuelas are going through a temporary economic crisis, which generates all the solidarity of the beautiful Alejandra towards her fiancé.

Till La Plata Us Part: What it’s about, cast, trailer, and release date

Méndez maintains a tender and romantic relationship with Vicky Pardo, a beautiful and sensual neighbor. Méndez protects her from her, watches over her, whistles sweet melodies in her ear. The only problem the couple has to overcome is the overprotectiveness and jealousy of her father and the girl’s two beefy brothers. They, humble but well-to-do owners of a butcher shop, consider that Méndez is very little for the girl.

Benjamin is Alejandra’s father, an educated man who has given everything so that his daughter can succeed in life and fend for herself, however, Alzheimer’s disease begins to affect him, putting the financial stability of the family at risk.

Clemencia is a loving woman who has raised Alejandra as a strong woman so that she can overcome all the obstacles that come her way.

Milena is Rafael’s sister, one of his main engines to get ahead.

Leonor is the mother of Rafael and Milena, a sweet woman, but one who depends on her son.

He is Rafael’s best friend, he is studying Law, so he helps him get out of his legal problems and be able to join Alejandra’s sales team.

He is the president of Ramenautos, discovers that the resume through which Méndez obtained the position is absolutely false and fires him.

Within the group of vendors, he was the one who made the most sales before Rafael’s arrival, which is why he ends up becoming his archenemy.

Fabián Ríos is The Dandy

Without a doubt, he is the heartthrob of the group. He usually dresses elegantly, although his attitude is more cheerful. He becomes Rafael’s best friend within the company.

She pretends to be a high society person, although her biggest flaw is spending all her money and being quite gossipy.

Marcela Benjumea is The General

She has a defiant personality due to her way of thinking, but this quality makes her the leader of the group.

She is the sexy of the group. She often dresses provocatively, with skimpy skirts and plunging necklines, but she is also quite the gossip.

Julio Sanchez is The Baby

He is the oldest seller, as well as having the most experience of all. He is Alejandra’s protégé and becomes Rafael’s mentor.

He is Marino’s henchman and shares his dislike for Rafael. He really likes self-help books and trusts that one day he will be a writer, but he has no calling to be a salesman.