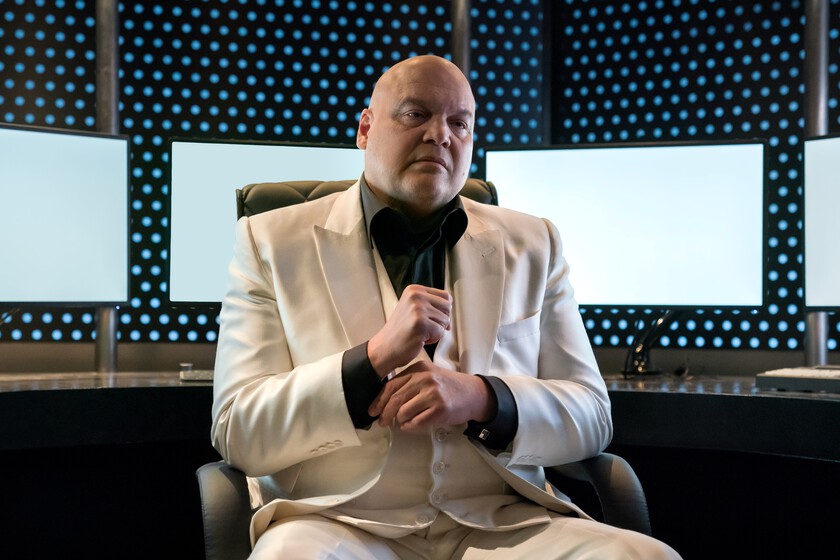 Netflix had built an exciting universe with various Marvel superheroes before the decision was made to not go ahead with the story of any of them. The most painful cancellation was probably that of ‘Daredevil’ and now Vincent D’Onofrio, who gave life to the fearsome Kingpin in said series, has confirmed the reason why it did not have season 4.

“I don’t think any of us would take it well.”

The actor has recently participated in Marvel News Desk, where he has made it quite clear that the reason behind the cancellation of ‘Daredevil’ was the release of Disney+. This is what he commented on it, acknowledging his disappointment about what happened:

I don’t think any of us would take it well. I think we were all like, “Okay, I had a hit show and not anymore.” When the #SaveDaredevil group started to grow, we began to discover the reasons why that happened and we understood what Marvel was doing because Disney + was going to launch.

When you’re in business as long as we’ve been, it makes business sense. What didn’t make sense to us was why we wouldn’t continue the series or the series that had worked and how well it had worked.

Conceptually, we were disappointed but I think we all understood what was going on and that it was inevitable. In this business you learn to accept things because you know that it is a business and in the end there is nothing you can do.

Do not continue reading if you do not want SPOILERS of other titles.

D’Onofrio also stated that he still “there was so much to explore” in the Netflix series -something totally true, especially seeing the end of the third season– And how much Charlie Cox like him they were left wanting more:

One of the things about missing the opportunity to do a fourth season was, and I think Charlie feels the same way and I feel comfortable speaking for him because we’re friends, that there was still a lot to explore. With his character and mine. I think with all the characters, and we hoped to be able to do it and in the end I have been in ‘Hawk Eye’ and Charlie in ‘Spider-Man: No Way Home’.

“The cancellation of ‘Daredevil’ was inevitable.” Vincent D’Onofrio confirms the reason why the Netflix series did not have season 4