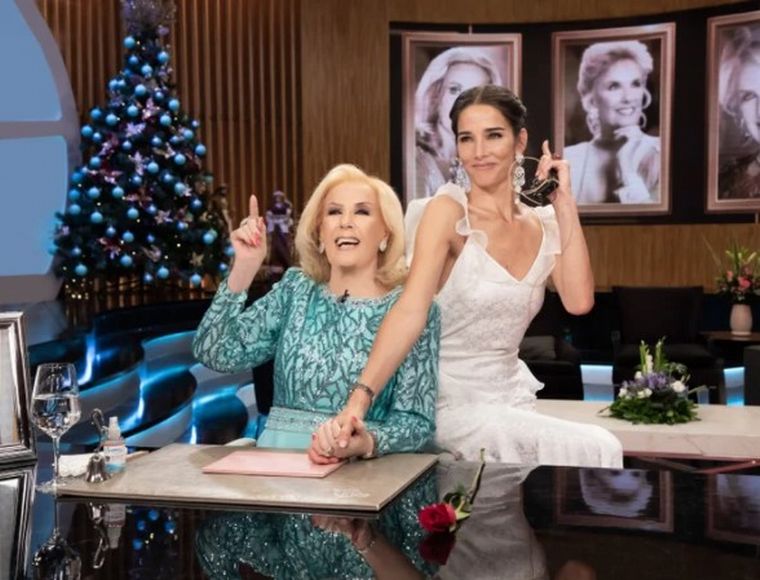 Finally, and after almost four months of his last appearance, Mirtha Legrand returned to the small screen this Saturday night and received the actor and film producer Ricardo Darín; the singer Diego Torres; the actor and conductor of 100 Argentines say, Darío Barassi; and also to Jey Mammon, who this year had his success with the cycle Los Mammones, por América.

Juana Viale was in charge of opening the program with a few words in the presentation as a preview of the great moment: “What a program we have today! They never came for me all year, and look at all the people who came today for my grandmother, “he said.

“I know there is a lot of expectation, but she couldn’t come, so we left it for the other weekend,” joked Juana as soon as the program started.

At 9.49pm, the music accompanied by the unmistakable voice of the announcer Nelly Trenti said her usual phrase: “With us, Mrs. Mirtha Legrand”.

The diva entered on the arm of her granddaughter, greeted with a smile while giving kisses and thanking all the staff. “I’m a little nervous,” she confessed despite the years on the screen. The program was dedicated to her brothers, “Goldy and Josecito”, who recently passed away and accompanied her in the picture frames on her desk, along with the images of Juana and Mirtha in their youth.

The four guests received the diva standing up and were moved by her arrival: Barassi thanked the compliments for his work in 100 Argentines say and Jey Mammon was visibly moved. “It is the most brilliant appearance on television,” said Ricardo Darín. 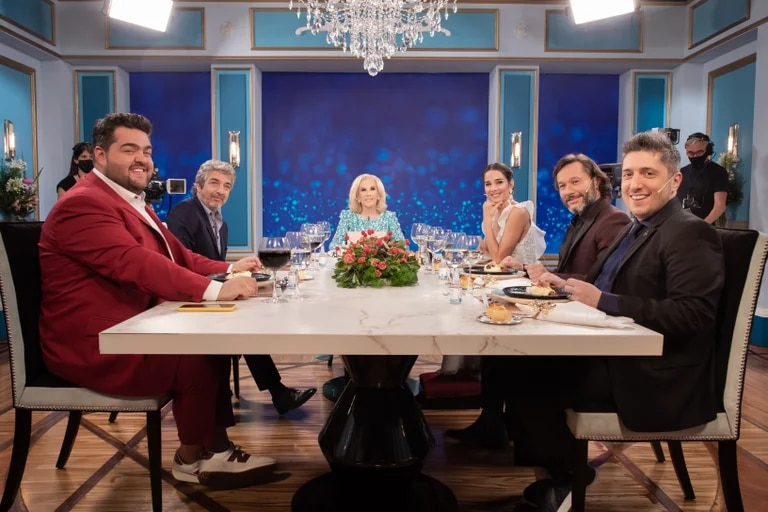 One of the highest moments was undoubtedly when Amber from Benedictis, Juana’s daughter, who is in Paris studying, appeared on the other side of the screen.

“I love them with all my heart, I miss them a lot and I admire them; and I admire their professional and life trajectories ”, affirmed the young woman. Once answered, the drivers revealed that Ámbar and Susana Giménez went shopping in Paris.

Another of the most exciting moments was when the production put a video clip with some moments from these 53 years of experience.

“Thank you, really. Everything I have experienced seems a lie to me. The good things, the bad things. But I never let my guard down,” said the diva, wrapped in a chorus of applause.

Jey Mammon paid tribute to the diva with a song inspired by her famous phrase “Fuck, shit”, and announced that in the short term she will record an album of duets. and Diego Torres performed a heartfelt version of “A mi modo”.

“Mine has been a miraculous life, but I want you to know that all of you have made me a very happy woman. I make a request that all Argentines unite, and that we once again be a great nation, a great republic, a great country. It doesn’t matter that we think differently politically, we have to get out of this well we are in, ”said life.

“I am great, I will not say how much I am, but in a few more years I will be a centenary. Thanks to my family, who have been lovely, and to my friends. I had terrible losses but I never let my guard down and I was always the Mirtha Legrand who came out ahead “, closed the great diva of Argentine television.

The brilliant return of Mirtha Legrand to television