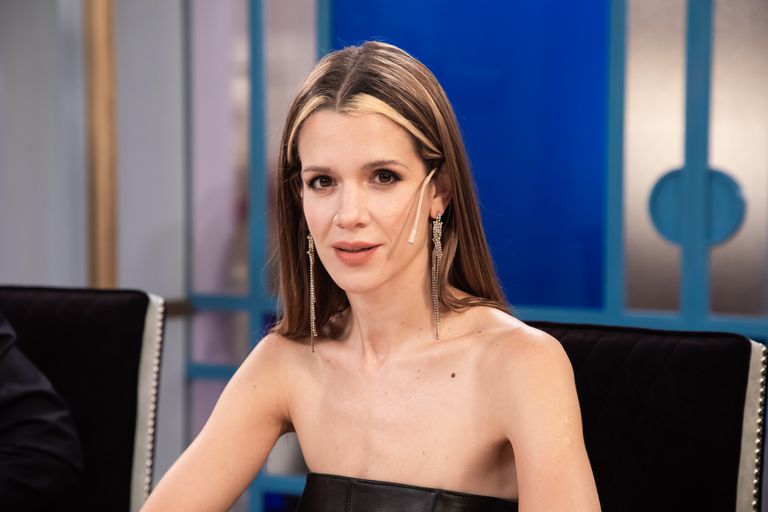 Violeta Urtizberea He told the hard moment he had to go through when an Instagram user spread his personal phone number on social media. The actress was one of the guests this Sunday in Having lunch with Mirtha Legrand (thirteen) and Juana Viale, the host of the cycle, asked him to give more details about that episode of virtual harassment.

“It happened to me that a person, I don’t know who because his account had no name, put my phone number on instagram and enraptured people who followed me so that he has my phone number, “explained Urtizberea. “Then they started to write to me non-stop”, He assured.

At first, the actress believed that it was going to be something temporary and that eventually they were going to get tired of sending her messages, but the matter got worse and worse. “To some I answered, naively, thinking that one can speak normally with someone. The answers were spectacular because they didn’t make any sense”He recalled with a laugh.

“At times I answered them and they asked me: ‘Who are you?’ … there was no dialogue,” he specified and revealed that they called her nonstop through FaceTime, the video phone app for iPhone, at 3 in the morning.

“How do I cut this? I locked all the phones and they went on and on … Besides, they suddenly sent me some ugly texts. Inevitably you are left a little distressed, ”assured Urtizberea. “As much as it seems to you that everything is ridiculous, it hits you”He insisted.

The solution to stop telephone harassment it was the most uncomfortable. “I changed the line”Violeta explained. “It was not what I wanted to do because it gave me a hard time, you lose contacts and everything, but I had no choice”, He assured.

The fact it happened in july of this year and the actress was in charge of reporting it through her Instagram stories. There, he published a series of private messages that a fan sent him where threatened to release her address and phone number if she blocked it from Instagram.

“I am not to give place to these things but for a long time eI am suffering harassment of this person who, clearly, It is not the one that appears in this account, ”he wrote. “I had to change my phone line and I don’t really understand what is being done ”, he added.

“In a few days you will have fans in front of your house. I’m already passing on the address to everyone. In case you didn’t know, I passed your (phone) number as well. If you block me, I’ll keep passing your new address. You are a shit … ”, could be read in the private chat broadcast by Urtizberea.

The blunt decision that Violeta Urtizberea made after suffering virtual harassment: “I had no choice”