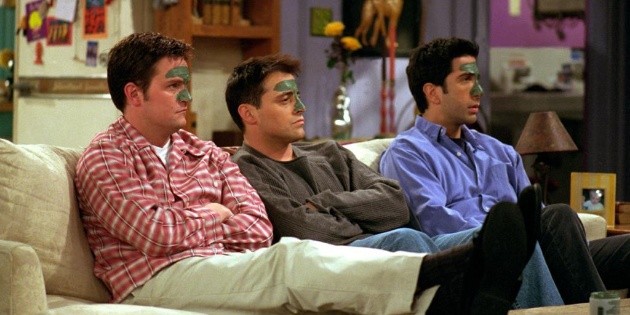 Came the day! It is now available in the catalog of HBO Max the special of Friends with the reunion of the cast after 17 years. Fans of the iconic sitcom rushed to the platform to enjoy the show and they were delirious with what they saw on screen. The series became a trend and there were all kinds of reactions. Funny memes were also posted. Check out the most important ones!

Although in Latin America it still cannot be seen until the arrival of streaming on June 29, fans from all over the world commented on the launch. In both Spain and the United States, Latinos enjoyed seeing together again Jennifer Aniston, Lisa Kudrow, Courtney Cox, Matt LeBlanc, Matthew Perry and David Schwimmer.


Nostalgia was the feeling that prevailed among the spectators caused by the emotional scenes of the special. The actors remembered their characters with unpublished images that showed them crying when the most important stage of their careers was closing.

Among the aspects that attracted the most attention, was the appearance of the invited figures. The famous Korean band, BTS, got a lot of looks and some fans of the group were angry because they only showed up for 13 seconds. In addition, they remarked that the video was a year old.

The appearance of Lady Gaga was also a trend and her interpretation of “Smelly Cat” with Phoebe he was among the most applauded on the show. “Thank you for being the person you were for us in Friends, for always being you”, The singer told Lisa showing her fanaticism for the character.

On the other hand, many Latin American fans expressed their discontent at having to wait until the end of June to see Friends: The Reunion on HBO Max. For them they will have to subscribe to the new platform. Check here the prices you can pay.

The best memes after the Friends reunion on HBO Max