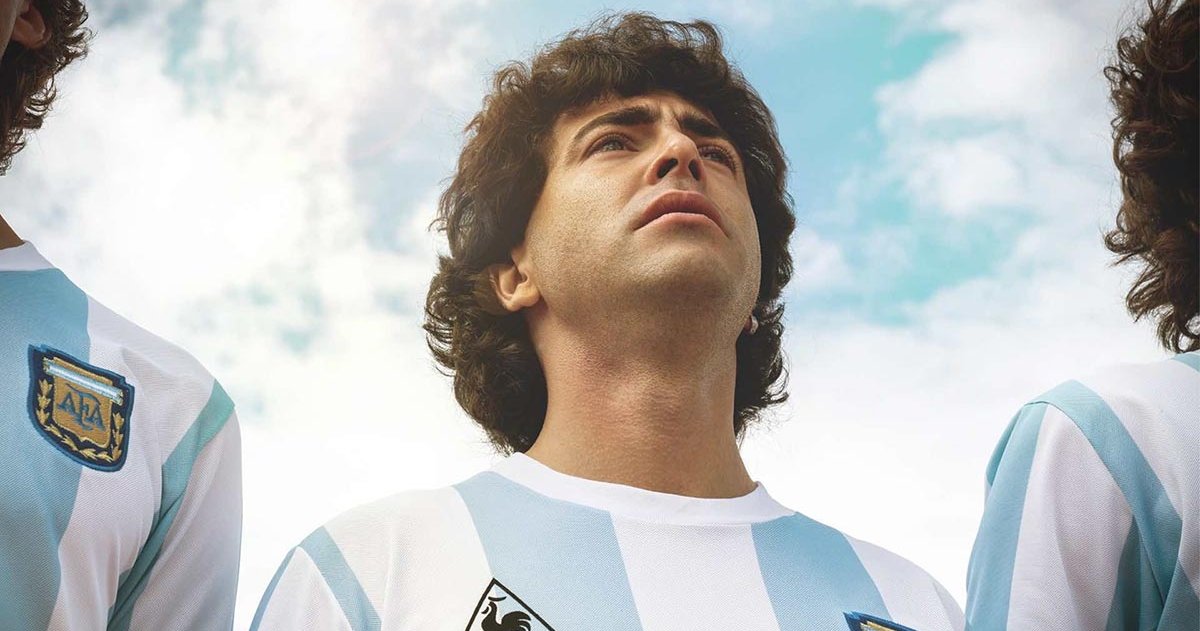 7 series based on true events that you can watch on Amazon Prime Video for inspiration.

It is no secret to anyone that reality sometimes far exceeds fiction. Without a doubt, this is something that streaming platforms understand perfectly. For this same reason, today we will show you what they are The 7 best Amazon Prime series based on real events.

Real life can be more interesting than any science fiction story. If you are passionate about real stories that leave teachings and make you reflect, then you have come to the right place.

The best series based on real events from Amazon Prime Video

Were you looking for inspiration for your life? Well, each of the series that appear in this compilation will help you find it. Choose the one you like the most and voila!

If you are a lover of football or sports as such, this is one Amazon Prime Video original series that you cannot miss. Maradona: Blessed Dream tells the story of this Argentine legend who gave people so much joy. Find out how his path to success was and all the obstacles he had to overcome to reach the top.

In addition to everything he did on the court, the series shows you details of his personal life that surely you did not imagine. As you must be imagining, it is a series with many interesting elements to entertain you from the first episode.

Peaky Blinders is the perfect alternative option if you like gangster series. This addictive series is set in 1920s UK and shows how is the struggle of the Shelby family to achieve power and extend their control over other localities.

The story is full of a lot of action, intense emotions, fascinating characters and incredible facts that will leave you open-mouthed from the first episode. In addition, it is inspired by a family of mafia brothers that existed in the United Kingdom.

This addictive series set in 1958 New York follows the life of a perfect housewife named Midge Maisel. This woman with a husband and children is used to fine dining at her Upper West Side apartment. Nevertheless, everything will change when she realizes she’s good for stand-up comedy. The wonderful Mrs. Maisel is a fun series that touches on gender roles and female empowerment in a unique way. A perfect alternative if you like series starring women.

Victoria is a series based on the life of the young Queen Victoria of England. Meet the life of a woman who from an early age she was forced to accept her responsibilities as queen. Take a journey from her rebellious adolescent stage to when she established herself as a monarch whose reign was full of scandals.

Queen Victoria, daughter of Prince Edward, was raised under the care of her mother, the German Princess Victoria of Saxony. Thanks to that, the young woman inherited the throne at the age of eighteen when her three paternal uncles died without leaving any kind of legitimate offspring.

This series based on real events follow Jeremy Thorpe’s career when the politician is embroiled in a scandal that leads him to trialas she had sex with a man when homosexuality is still illegal. Although he is acquitted, he becomes the first suspect after Norman Scott, his lover, is found murdered. Does it have something to do with the murder?

Los Durrells is a series that tells the story of a family moving from Bournemouth (England) to the Greek island of Corfu, in 1935, due to his financial problems. Accustomed to life in England, everyone will have to learn to live in a place that is nothing like their country of origin. However, they will discover that this island is a cheaper place and an earthly paradise for the family.

This series takes you to the 15th century to delve into the life of Isabel I de Castilla, known as the Catholic – Queen of Castilla y León since 1474, consort of Sicily since 1469 and Aragon since 1479. She tries to achieve respect by accepting the positions that until then were entrusted only to men.

To achieve her goals, Isabel will sacrifice a lot, starting with her childhood and her family by having to get away from her sick mother. After the death of her brother Alfonso, she will face his stepbrother Enrique IV, King of Castile to be the heir to the throne.

The 7 best Amazon Prime Video series based on true events