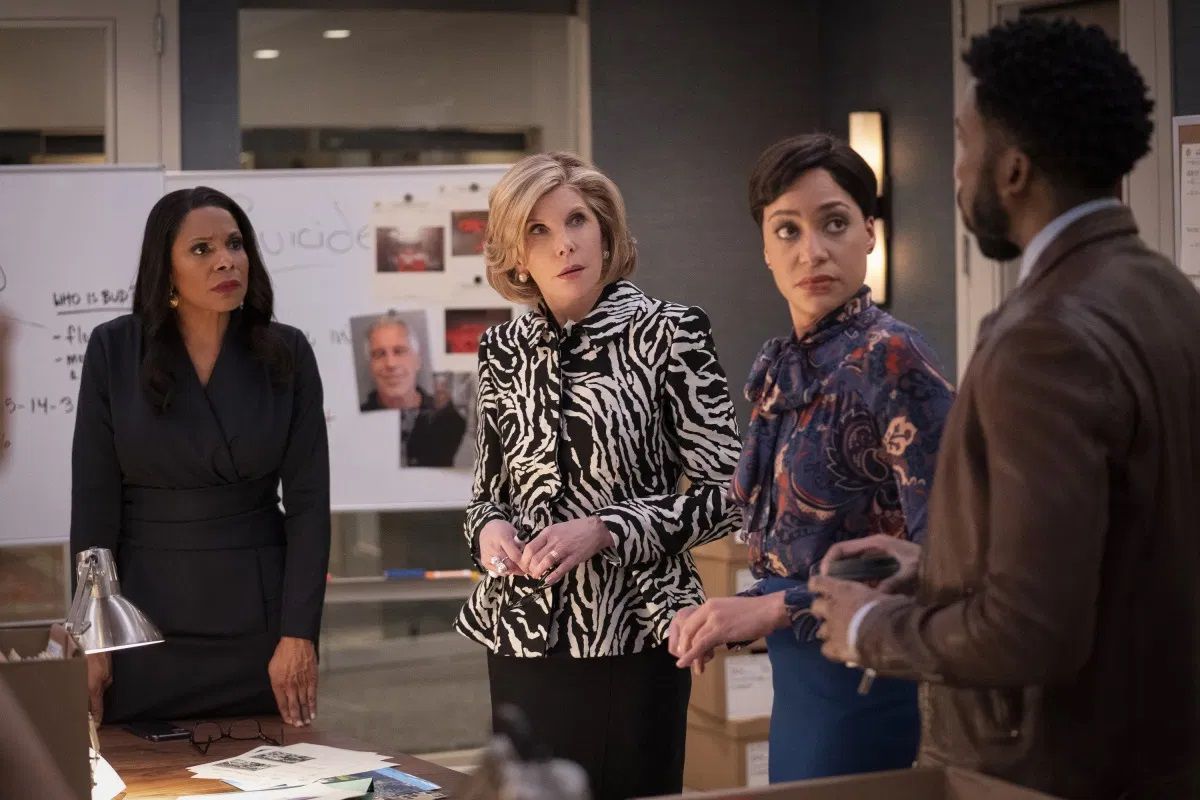 At the gates of summer, the number of television premieres does not slow down. In the next few weeks come stories of fantasy and mystery, long-awaited animated comebacks, and several trips into the past with stories of personal discovery. In addition, Las Encinas starts the year with news (and more mysteries) and the god of Deception will travel through different timelines in his own series. Of all the premieres and comebacks of June (which you can check in our calendar), we recommend giving this selection a try. 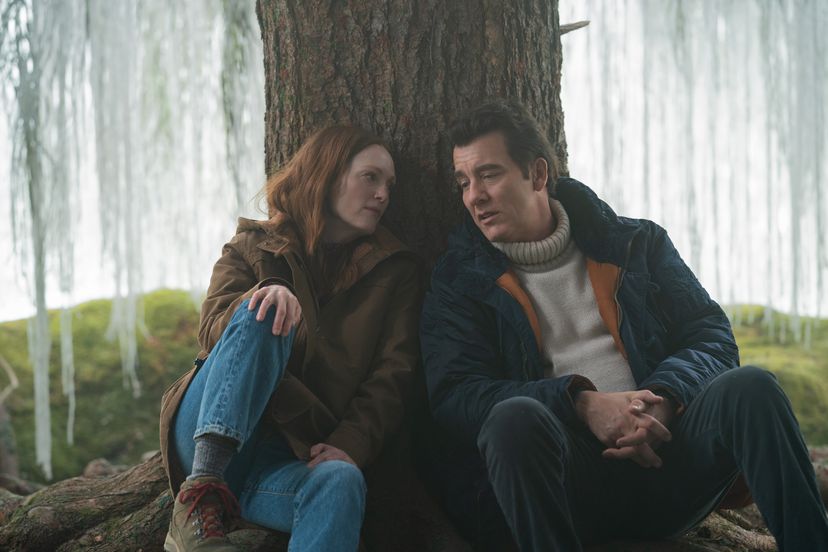 Stephen King has been commissioned to write the script for the television adaptation of his own novel in a version directed by the Chilean Pablo Larrain and star Julianne Moore and Clive Owen. All big names for this miniseries with a complex narrative based on time jumps and in which memories, imagination and reality are combined in a story with many references to the life of its author. After losing her husband after 25 years of marriage, Lisey now has to face life without him, a highly awarded and successful writer but also a very complicated man. To get the ideas he needed, he went to his own refuge, a place that could also devour him. Now she must face the darkness that inhabited her husband.

When and where to see it? On Friday the 4th on Apple TV + the first two chapters will be released, with weekly episodes thereafter. 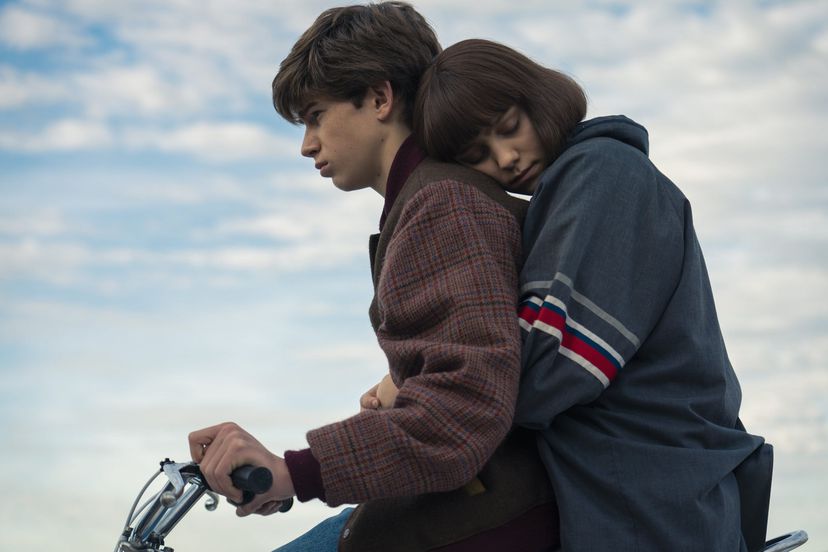 Everything reminds Stranger things in this Spanish series that combines mystery, young protagonists and a supernatural touch with a 90s setting. The story is set in a town in the Spanish Levante in 1992. Three girls have disappeared in a disco without leaving a trace. While the police do not seem to be coming up with the right clues, some relatives try to investigate on their own. The little brother of one of them begins an investigation with his friends and the bully of the class and they discover something that can connect the disappearances with something surprising, a twist that does not take long to arrive in history. Mecano music, bicycles and mystery on the Spanish coast.

When and where to see it? On Friday the 4th on Movistar + it premieres with its first three episodes and, from there, one every week. 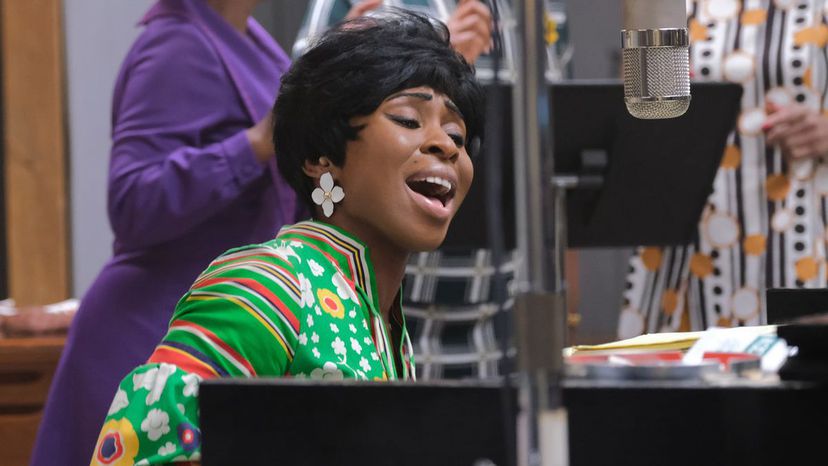 The third season of the Serie Genius, with biopics from great personalities, focuses on the life of Aretha franklin. With a narrative that jumps back in time between her childhood and different moments in which her career as the queen of soul was already being forged, the series follows her professional and personal life, in which she went from being under the control of her father to control by her husband. The production benefits from the good music of the artist and the good interpretation of Cynthia Erivo giving life to the diva and serves to enter, although perhaps superficially, in her life and career.

When and where to see it? Premiere Friday the 4th on Disney + with weekly episodes. 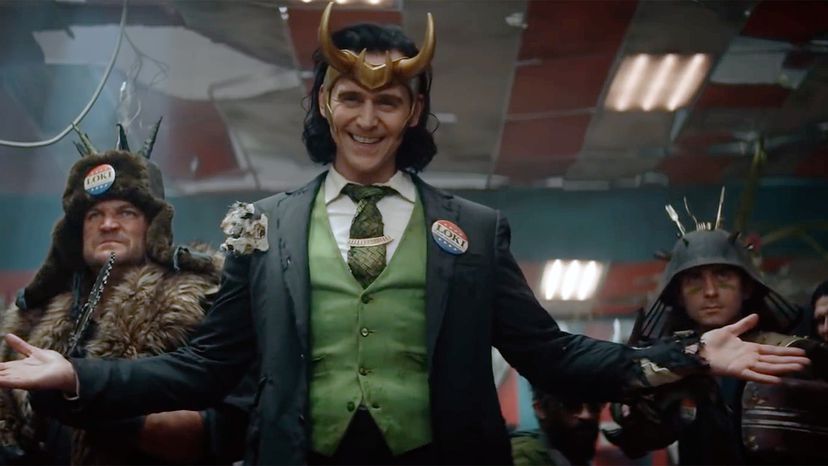 Tom Hiddleston recovers his character as Loki, the god of Deception, in what will be the third series of Marvel for the platform. In this case, the story focuses on the time travel of the villain, Thor’s brother, and places his action after the events of Avengers: Endgame. The character will explore the parallel worlds and timelines of the multiverse. Little else is known about the plot of the new series in which Hiddleston will be accompanied by Owen Wilson, Gugu Mbatha-Raw, Sophia Di Martino and Richard E. Grant.

When and where to see it? Disney + premieres it on Wednesday 9 with a weekly broadcast. 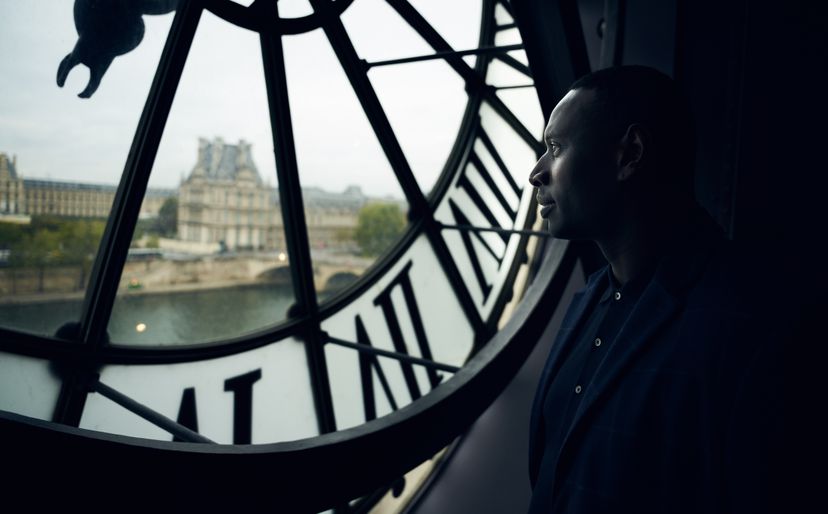 After success of the first five episodes of this modern adaptation (although it would be more accurate to refer to it as a tribute) from the stories of the classic white-collar thief of French literature, a new batch of five chapters arrives. Omar Sy is Assane, a thief who takes inspiration from Lupin’s robberies for his own robberies as he tries to clear his father’s name. Now things have gotten even more personal after Pelligrini kidnapped Assane’s son. In addition, the police are following his heels and have already found his identity. The first season worked very well, especially in its early stages, with a good production that bet on the entertainment and charisma of its protagonist. The new installment seems to go the same way.

When and where to see it? All five episodes will be available on Friday the 11th on Netflix.

Everything will be alright 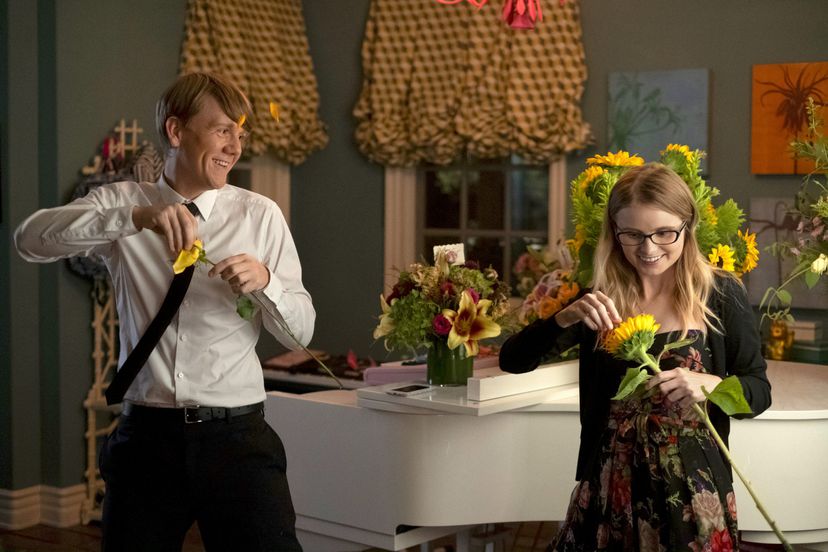 Dramatic semi-autobiographical comedy created and starring Josh Thomas, who plays an independent twenty-something without many responsibilities whose life is turned upside down when his father tells him that he is about to die and that he will be left in charge of his two teenage sisters: Matilda, a girl on the autism spectrum who is preparing for college, and Genevieve, a witty and scathing young woman coping with the changes of adolescence. They will also have to get used to the change from an orderly life to being under the tutelage of a neurotic sibling. A cute and funny story that makes you fall in love from the first episode.

When and where to see it? Movistar + premieres it on Friday the 11th with two new episodes every week until the 10 of the first season are completed. The second will be released in the summer. 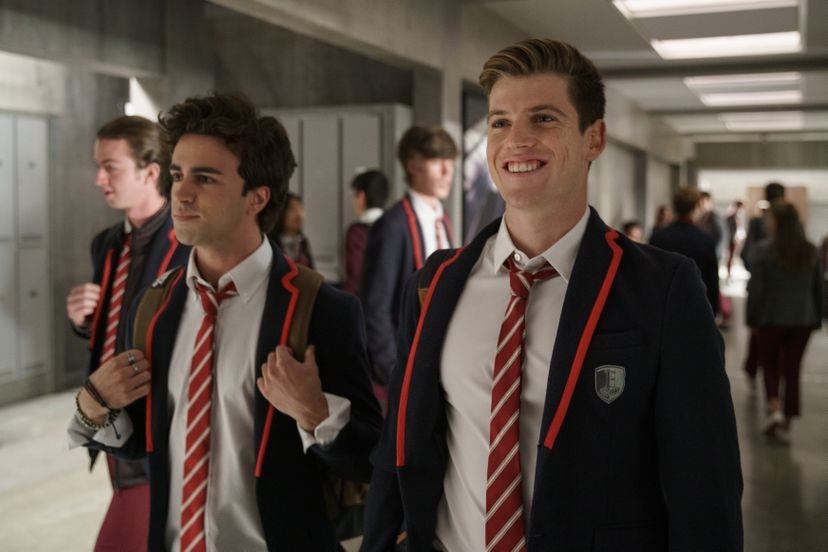 Many changes in the new season of the spanish youth series most successful in the world. Las Encinas faces a new course with a new director (played by Diego Martín), one of the most powerful businessmen in Europe who wants to redirect the school with stricter measures. His three children arrive with him, accustomed to always having their way, who will endanger the union of the most veteran students. The clash between the new and the old world will end up exploding (as one might imagine) in a new tragedy, with a victim and a responsible person whose identity they must discover. Among the veteran actors who return in these episodes are Itzan Escamilla, Miguel Bernardeau, Arón Piper, Omar Ayuso, Claudia Salas and Georgina Amorós.

When and where to see it? The fourth season premieres in full on Friday the 18th on Netflix. That same week, some short stories will be released that link the previous season with this one and complete past plots.

Sheila’s idyllic housewife life is just a front. This woman, who supports her husband as much as she can in his political career and who always presents herself perfectly to the rest of the San Diego residents of the eighties, actually sees life and others in a different way, under a much more ironic, dark and sarcastic prism. Even the physical image she has of herself is far from what others see. One day she will find a way out of that loop in which she lives through the world of aerobics, which at first will serve as an escape route but which soon becomes a way of empowering herself and which will end up turning her into a lifestyle guru. . Rose Byrne stars in this black comedy that with its advances invites you to follow the track very closely.

When and where to see it? It premieres on Friday the 18th on Apple TV + with three episodes at once and then a weekly broadcast. 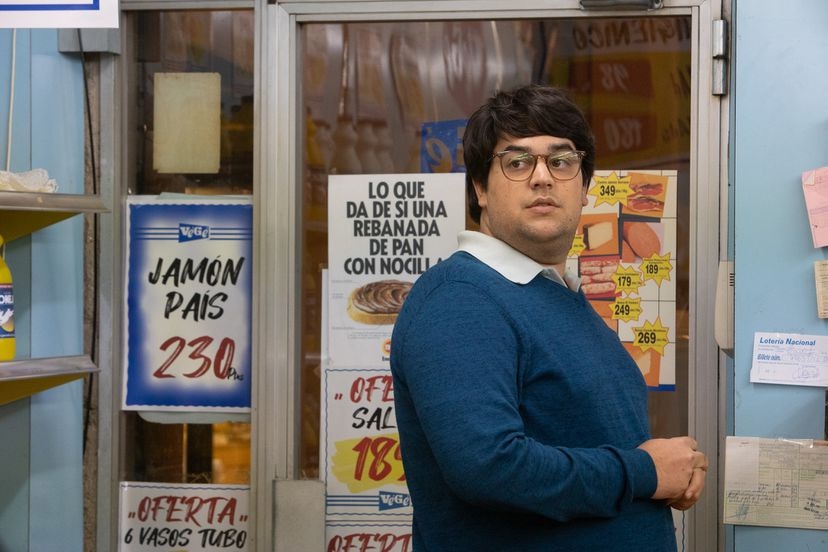 Writer Bob Pop is the creator and screenwriter of this dramatic comedy (with more drama than comedy) loosely based on his own life and that tells the search for his own identity of a man at different stages of his life, from when he was a weird teenager and without many friends in the eighties to the present, become a successful writer, going through the stage of sexual and emotional discovery as a university student in Madrid. In the cast, actors such as Candela Peña, Carlos Bardem, Miguel Rellán and Alba Flores. Gabriel Sánchez and Carlos González play the protagonist in their youth. A series, with a high emotional charge, about the discovery of one’s own identity and that vindicates the normality of rarity. 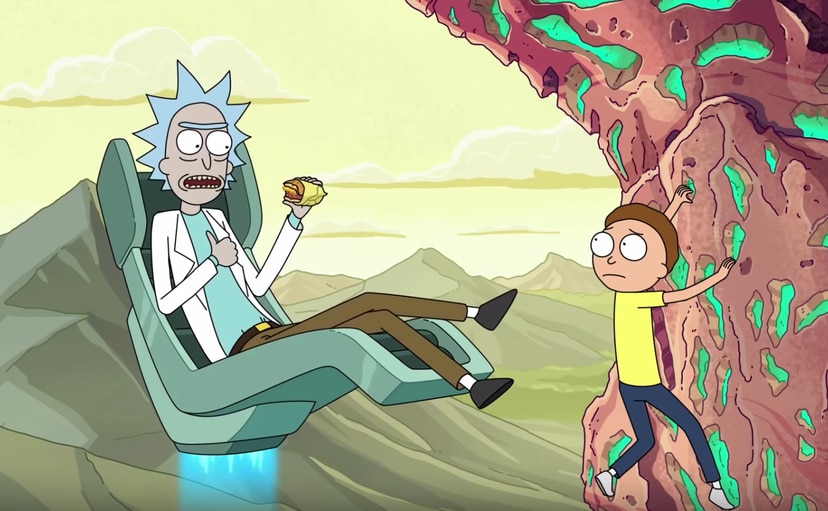 One of the animation series For the most daring and craziest adults who dare to explore the limits of humor and science fiction is this creation by Dan Harmon and Justin Roiland. Rick and morty they continue to live interdimensional adventures in the different parallel universes while the rest of the family suffers the consequences of the attraction of grandfather and grandson for the unknown. Anything can happen in his adventures, which combine meta narrative and references to pop culture. His humor is not suitable for all palates or for all ages, but when connected with it, it is one of the funniest and most entertaining series on the current scene.

When and where to see it? TNT and HBO Spain will broadcast the 10 new episodes of the series starting on Monday, June 21, with weekly broadcasts. 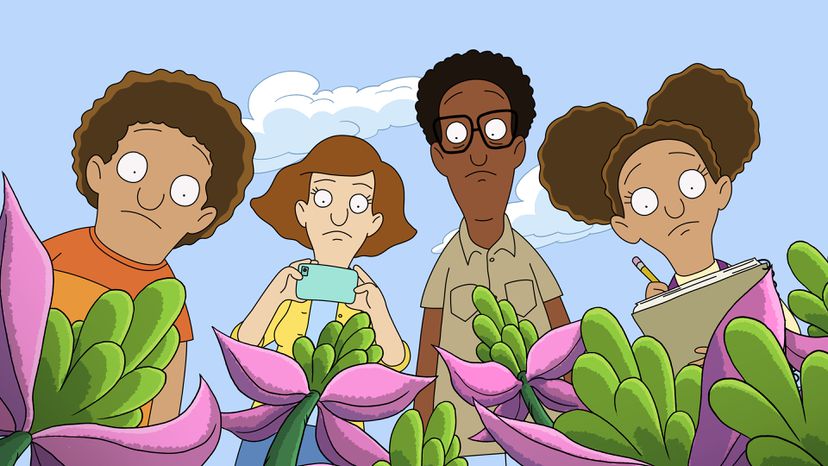 Another animated comedy for adults, in this case with a musical contribution. The protagonists are the Tillerman family. The father, Owen, is in charge of the care and maintenance of Central Park, where he lives with his wife, Paige, a journalist by profession, and their two teenage children, Molly and Cole. As they face the little battles of the day to day, they have to try to cope with the extremely wealthy Bitsy Brandenham, eager to buy the park to get rid of him. Funny and with very catchy musical songs, it has the voices (in original version) of actors such as Kathreyn Hahn, Tituss Burgess, Stanley Tucci, Daveed Diggs or Leslie Odom Jr.

When and where to see it? The second season premieres on Friday the 25th on Apple TV + with three episodes and, later, weekly broadcast. It is already renewed for a third season. 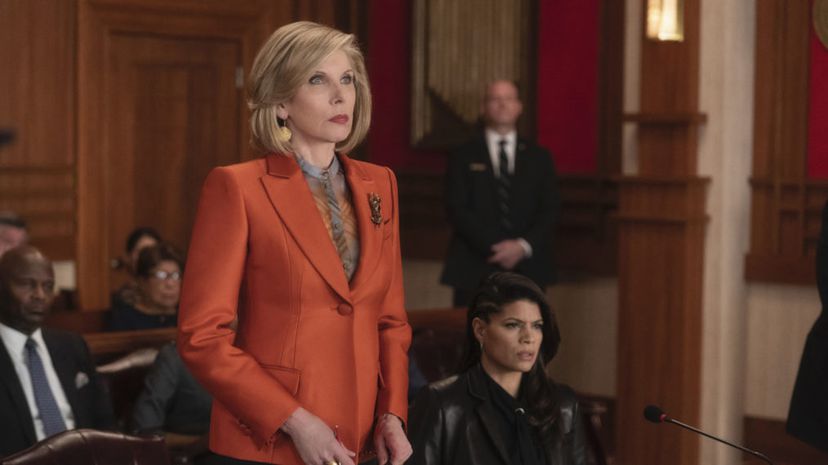 The fourth season of this legal drama had an abrupt end due to the pandemic and the plots could not be completed. Now the series faces a fifth installment in which the real world has changed: while donald trump was a presence that constantly flew over the plots of previous seasons, the United States now faces a different stage, which will surely be reflected in one of the dramas that he better knows how to collect reality in which it develops. Mandy Patinkin joins the cast as a guest star to play Hal Wackner, a Chicagoan who sets up his own courthouse in the back of a copy shop and is confronted by Marissa. Also joining the cast is Charmaine Bingwa, who will play a young and very pragmatic lawyer.

When and where to see it? It will be broadcast on Movistar + but their date has not yet been announced. In the United States it opens on June 24, so it is most likely that it will arrive on June 25 here.

Other Featured June Premieres and Comebacks

Why do women kill

The rest of the premiere and return dates, in the Fifth Season series calendar