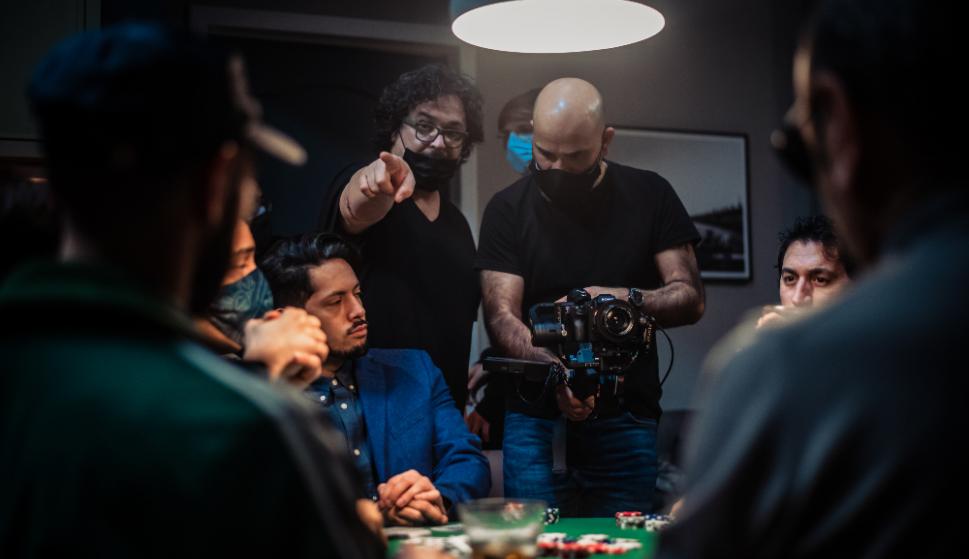 Uruguayan television, which is experiencing a boom in local adaptations of international formats, has been indebted to fiction. A debt that, hopefully, begins to be paid this Friday at 11:00 p.m. when Channel 10 opens Temporary, a cycle of unitarians filmed in the Campodónico room in El Galpón.

It is an original idea that Argentina Esther Feldman, —With a well-known career as a scriptwriter of fictions such as Occupy, Lalola and The successful Pells– He proposed to the people of El Galpón who, taking advantage of the absence of shows, decided to carry it out.

To achieve it, in addition, a Gabriel Calderón, Pablo Stoll, Laura Santullo, Rodolfo Santullo, Carlos Morelli, Federico Borgia and Marcos Acuña, so that they build, from the scripts and each with their own language and imprint, the stories that take place in a precisely temporary rental apartment.

The address is from Guillermo Casanova, responsible for one of the great successes of national cinema (The journey to the sea) and a career spanning over 35 years that began with Mama was punk and includes movies like Another world story, in addition to video clips, short films and documentaries.

“Everything was closed, but the desire was there and we said: ‘let’s do it’. At first there were no funds, and we started it hard. Then we won the Montevideo Audiovisual and the PUA (Uruguay Audiovisual Program), two important awards. Otherwise, this would not have come out, “Casanova told El País.

With the project in development, they went to Channel 10 thanks to the link generated in recent years by the reality show recordings Got Talent. “We were approached with the idea through Jeannie Fontaina and it seemed like a very nice opportunity to have fiction on our screen again, from the hand of an institution with such prestige in the national culture, such as El Galpón,” he told El País. , Iván Ibarra, Channel 10 programming manager.

Eight stories in a single setting

All the episodes take place in one place, that temporary apartment that gives the series its title. To achieve this, the architect of the theater became an art director and built the set where the different stories of the cycle will be developed. All with different imprint, cast and plot. The first episode, written by Gabriel Calderón, addresses the issue of euthanasia.

Theatrical filming to be broadcast on television

As they are independent chapters, and to maintain sanitary distances, the casts were divided to make them more autonomous. Once the episode was rehearsed, it was passed on to the set to be filmed. That took three days, to a single camera; and once finished the procedure was repeated with the following story. This is how they worked during the five weeks that the filming took, from May to September of this year.

“This was an urgent experience due to the pandemic,” Casanova told El País, who understands that a product of these characteristics has been in the making for two years. They did it in six months.

The director had been working with the theater’s streaming project and understood that, with work, a story could be generated that would be a film-quality product to be seen on television.

In early rehearsals, when actors spoke their lines, they looked at the audience instead of at their cast partner, or paused. “That was comical, and the actors laughed at that too, as if saying the lines without moving. It was an apprenticeship for everyone, because it is a lie that there is a film actor and a theater actor. There are good or bad actors, and here they began to understand this other language and to work with things they did not know, such as a close-up or an American shot, “added Casanova, who differentiated Temporary of similar products, such as the well-remembered Argentine cycle High Comedy that handled a theatrical plane.

“Here there is a work process of the scene and the plane, and the actor was accompanying that cinematographic story to develop it on television,” he said.

This was achieved, because the institution wanted to make it clear that they are people who are not used to cameras.

“We were faithful to the language of television, but at no time did we want to hide that we are a theater and from our experience we do this approach,” said Héctor Guido, who is part of the cast of one of the episodes.

For this reason, when closing each chapter the fourth wall is broken to discover that the stage is in the Campodónico Room.

“The idea is to end with that camera moving away from the stage, see the seats and the façade of the theater to show this is El Galpón”, says Casanova.

“It seems hardly credible that we did it during the pandemic, but it was a way to go through difficult times,” said Guido, who said that a second season of this cycle is already being considered.

Major US producer loses life in Mexico
Ricardo Casares would have sent a strong message to William Valdés, according to Internet users
"Thanks to Kate Winslet for being Kate Winslet": the curious history of thanks to the Emmy winner