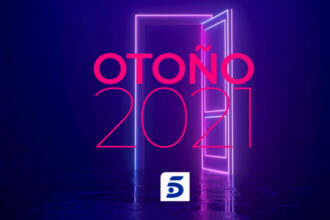 Telecinco will premiere in autumn ‘The last temptation’, ‘Secret Story’, ‘Got Talent’ and series such as ‘El pueblo’ and ‘La que se avecina’.

The main course of the premieres of the Mediaset chain will be ‘Secret Story: House of Secrets‘. And it is that after confirming the adaptation of this new version of ‘Big Brother’, the chain chooses to launch a new reality show on its grid; thus leaving for later the eighth edition of ‘GH VIP’ that had already started its promotion and production.

And taking advantage of the new reality show, Telecinco uses “an autumn full of secrets and premieres” as its slogan. Along with the program produced together with Zeppelin TV, we can also enjoy ‘The last temptation‘, the spin-off of ‘The island of temptations’ with some of the best contestants of the three editions issued so far.

In addition, for the first time, viewers will be able to enjoy the seventh edition of ‘Got Talent‘with a jury made up of Dani Martínez, Edurne and Risto Mejide after the definitive discharge of Paz Padilla. And the fact is that the talent show presented by Santi Millán always used to be broadcast in January. In addition, you will also be able to see a new season of ‘Deluxe‘(It remains to be seen if on Friday night or Saturday night).

What for now does not appear in the promo is’In the name of Rocío‘, the second season of’ Rocío, tell the truth to stay alive ‘in which Rocío Carrasco will clarify why one does not speak with her uncles Gloria, José Antonio, Amador Mohedano and Rosa Benito or with José Ortega Cano and his brothers Gloria Camila and José Fernando.

As far as fiction is concerned, the Mediaset chain will launch the second season of ‘The village‘, the second part of the twelfth season of’The one that looms‘with the farewell to Mirador de Montepinar, the new chapters of’Mothers Love and life‘. And you can also see ‘Entrevías‘, the new series by José Coronado and’Air kisses‘, the miniseries starring Paco León and Leonor Watling that can already be seen on Disney + Star.

One more season, Telecinco will bet on the best premiere cinema with award-winning films such as’The shape of water‘, ‘Three advertisements on the outskirts‘ O ‘If I were rich‘ Y ‘An endless love ‘. Finally, Telecinco also announces that it will broadcast the San Marino and Aragon Motorcycle GPs.