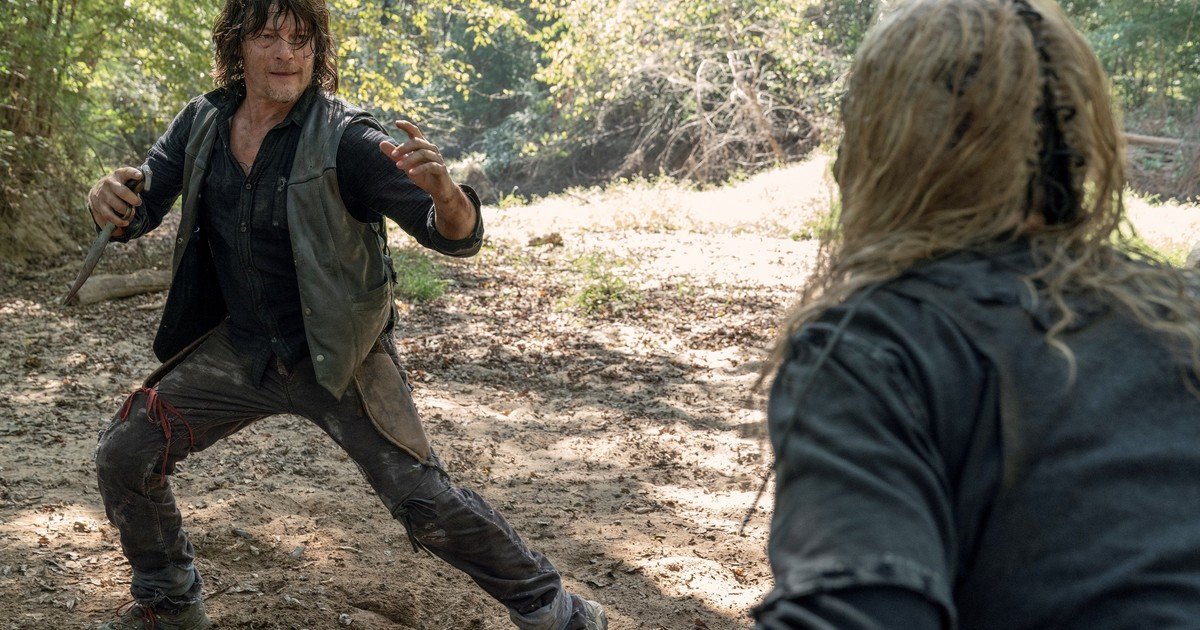 The universe of The Walking Dead it continues to expand. AMC announced the production of a new episodic anthology series titled Tales of the Walking Dead. The first six-episode season is scheduled to debut on AMC and its AMC + streaming service in the summer of 2022 in the United States.

In the style of other productions such as Black Mirror O Love, Death + Robots, each hour-long episode tackles a different story, but always in the orbit of the zombie apocalypse and the walkers. They can be original plots that involve new characters or others that pick up loose ends from previous seasons.

“It goes back to questions that people have been asking about certain situations, or about something that happened to a character, and there will also be things that are not related to what we have previously told,” Scott Gimple, the creator, said a few weeks ago. franchise content.

Channing Powell, who was already a writer and producer in both The Walking Dead like in Fear the Walking Dead, will be the showrunner of this new spin-off that was announced to be in development in September 2020.

“The Walking Dead is a series that made television history and attracted an army of passionate and highly committed fans, ”said Dan McDermott, president of original programming for AMC Networks and AMC Studios, producer and distributor of the universe. TWD.

“We see great potential for a wide range of rich and compelling storytelling in this universe, and the episodic anthology format of Tales of the Walking Dead It will give us the flexibility to entertain existing fans while providing an entry point for new viewers, ”added McDermott.

A scene from the special episode of “The Walking Dead”. Photo Clarín Archive

“This series, more than any other in the Walking Dead Universe, draws on new voices, perspectives and ideas, bringing stories to life unlike any we’ve ever told before,” Gimple said. “I am delighted to be Channing’s consigliere, helping in whatever way I can to bring these new visions to life for the greatest fans of television.” added.

Powell, who joined TWD As a co-producer on the third season, he said he started out as a fan of the series and is now the showrunner for “one of its most unique spin-offs,” he promised.

“That is crazy and I am so grateful to AMC and Scott for supporting me and my writers as we push the limits of this universe to bring you something new and unexpected. At the same time, I hope we continue to capture the attention of what the mainstream audience loved so much about the flagship show, “added Powell.

The other series derived from TWD

A scene from the spin-off “The Walking Dead: World Beyond”, whose second season is already on the air. Photo Clarín Archive

It is worth remembering that the mother series, The Walking Dead, is running the first part of its eleventh and final season. The second half, which will be the end of the long story, is scheduled to premiere in February 2022.

The first spin-off, Fear The Walking Dead, is going through its seventh season. And last year, the walker universe added a new spin-off story.

Is about The Walking Dead: World Beyond, which starts ten years after the start of the zombie apocalypse and has just released its second and final season.

The characters Daryl Dixon and Carol are the only ones to survive from the first season of the mother series. Photo Clarín Archive

In addition, news of the detachment about Daryl and Carol -announced more than a year ago- has been expected for several months, a series that they will star in Norman Reedus and Melissa McBride, the only two surviving faces from season one.