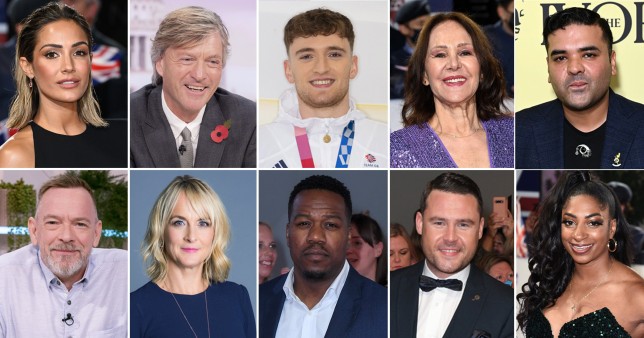 Survivor Mexico He returned to the TV Azteca programming to surprise all the fans of the reality show, however the constant fights have led many of the viewers to be somewhat concerned about the physical and emotional safety of some of their favorite participants of the season. .

Yusef Farah is annoyed with the Falcons

Tired of the mistreatment and the constant fights and accusations against him, Youssef Farah took a while to go out and talk to the tribe of falcons pointing out that he could no longer continue with that type of attitude, because as we have seen, even within the games, the green members still do not feel comfortable with the participant who is scoring more points in the competition.

The tension increased significantly with the posture of Youssef Farahthat is why his partner Javier Ceriani, who since his arrival has been very defensive, came out to talk about how much his presence bothers him, more after having been part of the enemy tribe in Survivor Mexico.

This fight seems to have no end, a situation that puts the participants in a very bad position, since instead of supporting each other, they find themselves upset and excluding one of their strongest participants, which could lead to Youssef Farah to have one of the worst experiences.

Will the tribes continue to have problems?

As we have been able to observe in recent days, the Jaguars and the falcons have not been able to develop the best coexistence, each of the tribes has had to face different problems due to changes in production halfway through Survivor MexicoIn addition, all the participants have a clear goal of winning the final prize at all costs, so they find themselves carrying out completely different strategies than the ones they had in mind at the beginning.

There is no perfect formula to win Survivor Mexicohowever, the participants have managed to find an efficient way to continue climbing within the competition, a situation that puts at risk those survivors who until now have not been able to find the necessary stability.

At the end of the day, having a good relationship with the tribe, whether falcons o Jaguares is what gives the advantage in Survivor Mexicoso the participants will have to settle their differences if they seek to have a stable place when they go out to compete and get some immunity pass.

Survivor Mexico 2022: Yusef EXPLODES against his tribe and Javier Ceriani confronts him | VIDEO