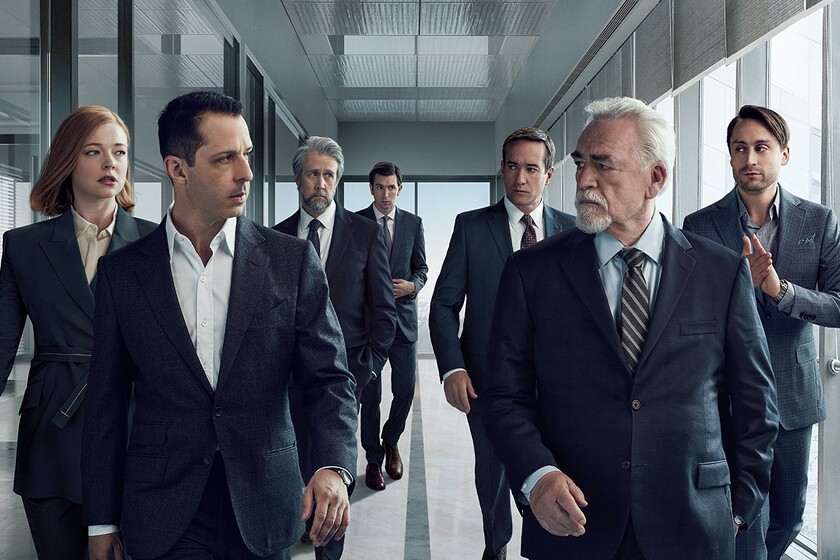 ‘Succession’ he became on his own merits one of the great references of HBO. Last year already took home the Emmy reserved for the best drama series, an honor that this year could not repeat because it has been more than two since the launch of the second season and it is not until this Sunday October 17 when at last the third batch of episodes is released.

It was sung that the great hit of effect with which the second came to an end was going to be essential in the approach to the third. The Roy family is at war and only time will tell who ends up winning in this tough confrontation between Logan and Kendall. For now it is being exciting, allowing at least the same plus the level of a series that was already excellent.

The aftermath of Kendall’s coup

That Kendall wasn’t going to get away with it easily was something we all took for granted. After all, it is not the first time that he has tried to knock Logan off his throne, but now he has caught his father on the wrong foot. The point is that the character played by Brian Cox He has more lives than a cat and he is extending his time at the helm of the company as much as possible.

That leads to the confrontation between the two being inevitable, but at the start of the second season it is something that is done in a delayed manner – the scene of the first episode with Jess acting as an intermediary is wonderful – thus postponing the moment when they have to see their faces and sparks fly.


For now, everything is maneuvers by both to strengthen their position and weaken that of the other, since the third season basically starts right where the second left off. With Kendall assessing the impact of his move and Logan seeing what he can do to minimize the damage done.

However, reducing everything to Logan and Kendall would be a serious mistake, since one of the strengths of ‘Succession’ has always been how well it balances the different aspirations of all the members of the Roy clan, also counting for them with several satellite characters that further enrich the story you are telling us Jesse Armstrong.

All your strengths are still there


In the third there are many reappearances, some expected and others a consequence of that war between Logan and Kendall, but also the arrival of new players as a result of it. They all play a well-defined role, since in ‘Succession’ nothing is ever left to chance, and they enter as their presence is required.

That does not mean that the need to get wet on the part of the rest of children Logan is especially critical. After all, they are fundamental pieces so that Logan or Kendall can be victorious, but of course, they do not want to be mere gregarious, especially Shiv, something that allows loyalties to be never completely clear, thus achieving that touch of unpredictability how well it suits both the story in general and its characters in particular.


And is that the great interpretive level to which ‘Succession’ had us accustomed does not falter in the least. Obviously, the characters are still the same as we knew, but here they are forced to face a new dynamic, which allows the series to continue to affect the meanest side of all of them, but without ever forgetting that they are still people.

For this it is essential that ‘Succession’ never leaves aside that the great protagonists of the series are part of the same family. Of course there are many other interests at stake, be they personal or business, but that is a basic detail to understand all of them and also so that the characters are not burdensome or hateful, something that could easily happen if we took any of them to another. ecosystem. Together they are fascinating in their moral degradation.


‘Succesion’ went in style with the end of its second season and the third continues to shine, confirming itself as an essential series in its exploration of the protagonist family. The drama, the tension, the humor and all the ingredients are still there brilliantly mixed. Long live the mean Roy family.