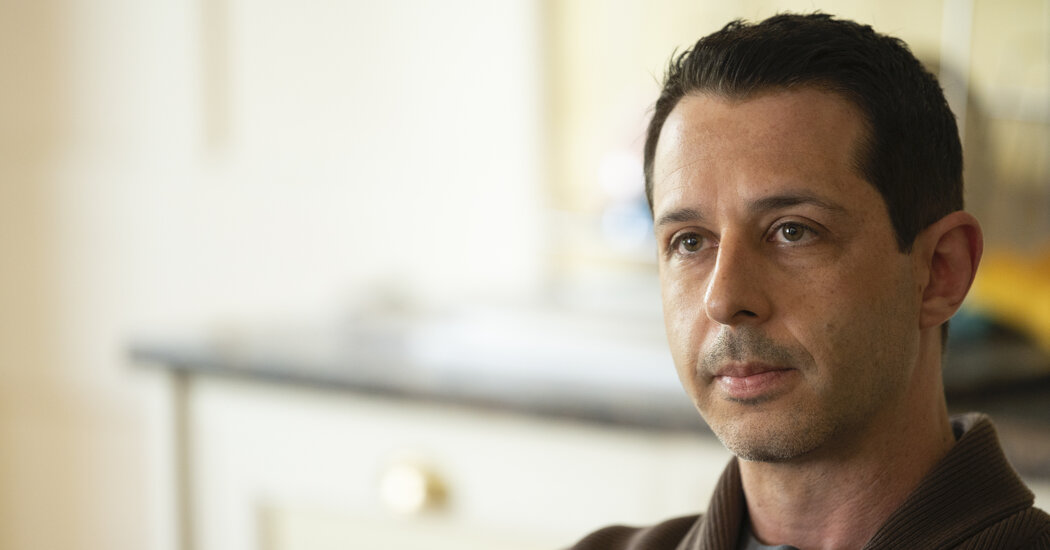 Due to the pandemic, the HBO drama Succession It has been on hiatus for two years. The people who had not seen Succession when it racked up seven Emmys last year they had plenty of time to catch up before season three, which premiered last Sunday. But fans who haven’t seen her since the season two finale aired – in October 2019! – might use a refresher.

In that finale, emotionally unstable corporate puppet Kendall Roy (Jeremy Strong) detonated a bomb in his family’s media empire, delivering damning evidence of a criminal cover-up at a press conference where he was expected to take the blame. It was an unforgettable season finale that concluded an eventful second season.

Here’s a quick look at what the show’s main characters and companies were up to before Kendall turned it all upside down.

The series’ main setting – and its main plot engine – is media conglomerate Waystar Royco, a powerful corporation known primarily for its conservative Fox-style cable news channel, ATN. (The similarities to Rupert Murdoch’s News Corporation are, to put it mildly, intentional.) The company is also present in online media, publishing, entertainment, theme parks and cruise ships. Over the first two seasons, Waystar has come under attack from politicians and business rivals, and has been the target of multiple attempts at both negotiated mergers and hostile takeovers.

In the second season, news leaked that top Waystar executives had buried internal reports about a former partner of the cruise company: Lester McClintock, nicknamed “Uncle Moe” (in English a pun is made: moe-Lester, which means abuser). McClintock, now deceased, had a history of sexual harassment and assault, and possibly murder. The scandal has led to shameful investigations in the media and hearings in Congress. It’s what ultimately led Kendall to betray her father, Logan.

In the first episode of the series, the irascible, monolithic and octogenarian founder of Waystar, Logan Roy (Brian Cox), was struck down by a stroke. The timing was not very opportune: he was about to announce a succession plan that would allow him to remain the CEO of his company, while his third wife, Marcia (Hiam Abbass), would have the power to name his eventual successor. The medical crisis triggered an uproar that divided Roy’s children and Waystar’s close circle of advisers.

Logan recovered… sort of. (He has had multiple public moments of unprovoked rage and blurry memories since the attack.) At the start of season two, she had asked for enough favors and played on her family’s compassion to bring most of her loved ones and partners back together, though Kendall’s power play in the season two finale proved how tenuous that truce was.

A complicated and volatile man, Logan had a childhood in Scotland marked by need and abuse. His relationship with his children and subordinates has at times been quite strained; Logan resorts almost out of habit to psychological manipulation and is very given to outbursts of anger. His whim has tested his marriage to Marcia, who toward the end of last season was frustrated by her husband’s rumored affair with Rhea Jarrell (Holly Hunter), a rival media mogul whom he tried to persuade — unsuccessfully — to direct Waystar.

One of the few members of the Roy family who seems genuinely enthusiastic about the business jargon and knockouts of robber moguls, Kendall, a long-time loyalist to Logan, rebelled in season one after realizing that his father I had no intention of naming him next in line. So he orchestrated a plan to steal the company from his father before a relapse into substance abuse – culminating in a tragic car accident at his sister’s wedding – brought a newly repentant Kendall back into the fold.

In season two, Kendall settled into his role as Logan’s brash executioner, willing to humiliate himself and gut the unworthy to further Waystar’s interests. But his father’s demand that Kendall take the blame for the cruise ship scandal went too far, leading him to make the dramatic change in the climactic season-ending press conference.

Kendall’s unexpected accomplice in that ambush is her cousin Greg Hirsch (Nicholas Braun), the grandson of Logan’s brother, Ewan (James Cromwell). The lanky and clumsy Greg is the frequent target of jokes and harassment by the Roy family, a fate he accepts as compensation in exchange for access to his money, power and drugs. In season one, he cleverly put away some damning documents about the problems with the Brightstar cruisers, anticipating the time when he could use them to his advantage.

That moment comes after the family openly considers adding some “greg sparks“Whoever is chosen to bear the blame for the cruise ship fiasco. And after Kendall is forced to have a plan.

It’s hard to say who in the Roy family has been harmed the most by Kendall and Greg’s betrayal, but the situation is dire for Tom Wambsgans (Matthew Macfadyen), the husband of Logan’s daughter Siobhan (usually called Shiv, played by Sarah Snook). A former executive in Waystar’s cruise and parks division — and Greg’s immediate superior — Tom not only knew about Uncle Moe’s crimes, he helped cover them up.

At the end of the first season, Tom learned – on his wedding day no less – that his then fiancée, Shiv, wanted an open relationship. He suffered because of that arrangement for most of season two before finally admitting his unhappiness in the finale. A major part of Tom’s frustration has to do with his accepting a thankless position at ATN in hopes of gaining more responsibility later on … only to learn that Logan had secretly named Shiv as Waystar’s great successor. .

As for Shiv, in the last season he quickly realized that his father’s promise to let him take command was a ruse to keep his daughter with left-wing feminist tendencies under his control instead of allowing her to get closer to her political enemies. . As soon as Logan saw the potential advantage of making Rhea a successor, he left Shiv hanging. Since then, his daughter has remained publicly faithful as she works behind the scenes to sabotage her rivals and get back on Logan’s radar as Waystar’s future boss.

The unexpected protagonist of the second season of the Roy family was Logan’s youngest son, Roman (Kieran Culkin), an infamous cynical and unapologetic lazy, who suddenly set out to prove to his father that he could make smart deals on behalf of Waystar. . While Kendall has wanted to lead the company into a new era and protect his father’s legacy, and while Shiv has wanted to distance Waystar from his toxic reputation, Roman, the incorrigible troll, relishes the idea of ​​running a powerful organization that bug a lot of people.

Roman even surprises Logan by raising enough money from abroad to privatize Waystar, before advising his father to decline the deal and try working with someone closer to the family’s political interests. For his industriousness, Roman is named Waystar’s sole COO (a position he previously shared with Kendall) in the season two finale.

Throughout this shift toward ambition and cunning, Roman has enlisted the discreet help of Gerri Kellman (J. Smith-Cameron), a former Waystar attorney who has long worried that, to save herself, her boss threw her to the lions. As she has whispered ideas in Roman’s ear, the two have developed a strange quasi-sexual relationship, in which Gerri turns him on by playing the figure of a demanding mommy.

Kendall, Shiv, and Roman are Logan’s children with his second wife; but the brothers also have an older half brother, Connor (Alan Ruck). Connor has never been this active in the family business, opting instead to spend money and market himself as a libertarian agitator.

In season two, these hobbies create headaches for Logan. Connor announces his candidacy for president of the United States, advocating for free market reforms that would not serve Waystar’s interests. At the same time, he invests much of his fortune in the Broadway dreams of his girlfriend, Willa (Justine Lupe), a former sex worker who has written a play that failed. Logan handles both issues at once, agreeing to cover his son’s financial losses in show business in exchange for him leaving the presidential campaign.

Connor is a minor character in Succession compared to others; But while the cast of this series is huge, creator Jesse Armstrong has found long-term narrative utility for just about everyone. One example is Stewy Hosseini (Arian Moayed), who was introduced in season one as an old friend of Kendall’s with enough money to help get Waystar out of a financial bind; He has since become a nagging enemy, determined to keep his stake in the company and outlast the Roys on the board.

Anyone could end up being a big shot in season three of Succession. This is a series where loyalties change overnight, and no grudge is forgotten.

‘Succession’: get ready to see the third season