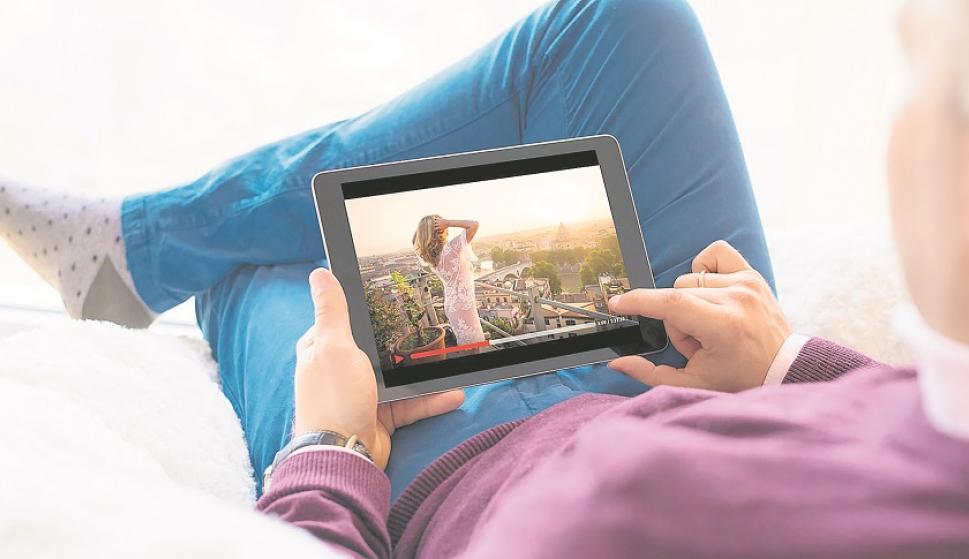 The conversation about the eventual merger of WarnerMedia and Discovery has moved the foundations of the current map of the streaming. The development of a giant capable of unseating Netflix of its predominance is shaping up just weeks before HBO Max landing in Latin America, and just over two months to do the same Star +, the adult service with which Disney will complement its existing Disney +.

While the talk points to the same old names, the world of content on demand it is expanded in several layers. Even cable or satellite television companies have their own alternatives (NSNow, Cablevisión Flow, DirectvGo, Movistar Play, Claro Video, Vera TV), a trend that does not stop growing.

Outside the mainstream that brings together all those contents that become phenomena with the same speed with which they seem to disappear, more and more appear catalogs willing to satisfy a more select viewer.

The pioneer in that line is QubitTV, the Argentine company that operates in the Río de la Plata and whose great differential is a rich catalog of classic cinema. Kurosawa, Rossellini, Wim Wenders or Hitchcock are some of those that inhabit some shelves that also include different selections to offer a certain curation beyond what the algorithm dictates. It costs 329 pesos per month.

The Uruguayan Cinemateca streaming, + CinemathequeIt is quite recent and apart from the classical, it focuses on independent and auteur cinema, a profile very similar to that which its theaters have historically had. The catalog at the moment is limited, but it continues to expand and renew itself.

The access to the contents has two modalities, one pay per view ($ 115 per film) and another for membership (12 films for $ 350 per month or 24 for $ 520). It is only enabled for Uruguay and has recent national cinema, such as Carmen Vidal, female detective or Window boy would also like to have a submarine.

A possible combination of QubitTV and + Cinemateca is Mubi, whose slogan is “a cinema selected by hand” and its pillar is the authorship cinema in a wide spectrum. Coexist The great Dictator by Charles Chaplin with Everything about my mother by Pedro Almodóvar, Once upon a Time in America by Sergio Leone with the titles of Agnes Varda, or Songs My Brother Taught Me of the Oscar winner Chloe zhao with works by Jodorowsky. All this together with selections, retrospectives, indie jewels and daily premieres that make up a very interesting palette. It costs $ 6.99 a month.

Image from the movie “All about my mother”, available on Mubi

And now with a more commercial cut, although with some interesting and atypical titles to dive into, it is available in the region. Paramount +. There are exclusive series and films and some praised series titles such as The Handmaid’s Tale or Your Honor. The options are short and the cost is one of the lowest in the market, 159 pesos per month.

In addition to more generic imprint services, although each one with its profile marked, there are other options that point to well-defined niches. It is the case of Europe + or Curiosity Stream, two brands that you may have already seen in social media advertising or on YouTube.

Europe + brings together 1,500 hours of fully European entertainment; promises the newest and most popular series as well as premieres every week. It is a good way to escape the trendy tones and the more Hollywood quest, and to embark on an adventure with a different way of being told. There is romance, history, action, dramas, animations and a variety of interesting languages.

They are the well-known Doctor who, the BBC special Harry Potter: a History of Magic, Paris etc. about five women and their daily dramas in the French capital, or the financial thriller Bad banks, among several alternatives. The monthly subscription costs $ 5.99.

On Curiosity StreamMeanwhile, the protagonists are the documentaries: there are around 2,000, of nature, space, war technology and so on, in general with that National Geographic air so easy to recognize. The service emerged in 2015 and made an itinerant path as part of the offer of other platforms (Amazon Prime Video and YouTube included), until it decided to make its own way with content well differentiated from the rest.

And for lovers of short content, beyond the thousand and one options on YouTube, a good window is UN3.tv, the platform of the Universidad Tres de Febrero in Buenos Aires whose leitmotif is: “TV can be something else.” Fresh and funny web series accumulate for a different experience, and there are a few Uruguayans; It’s free.

Because it is not that in the end Netflix always shows us the same thing and we do not know what to see: as in all cases, it is about continuing to search.