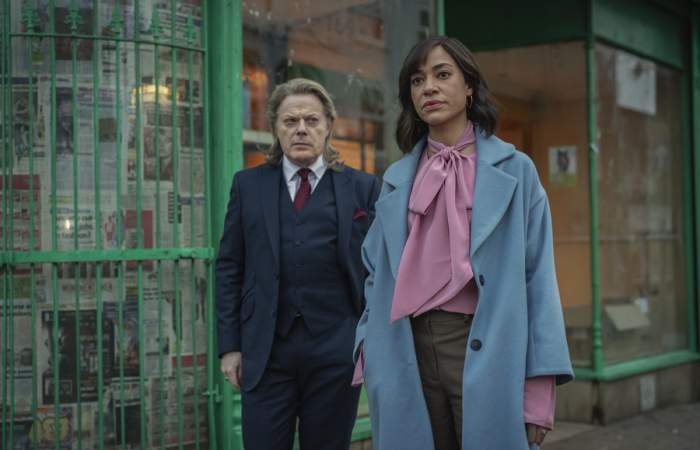 After they debuted last April and August The innocent Y Forever and ever, 2021 says goodbye with the premiere on Netflix of Stay close, the new series inspired by Harlan Coben novels which is part of the millionaire agreement between the writer and the platform.

Which contemplates the adaptation of a total of 14 of his famous suspense books, having as one of its characteristics that they spaces are made in different countries of Europe, adding up to now Poland, Spain, France and the United Kingdom.

A last territory that is reiterated in the list, since the fifth bet with the signature of Coben of the streaming service it is also made on british soil, also repeating the name of Richard Armitage, who already starred do not talk to strangers.

But the role of the English actor differs from the father of the family who played in the 2020 miniseries, since now he’s Ray Levine, a photojournalist who went from documentary to less serious photography and who has suppressed a traumatic event from a few years ago from his memory.

However, the story also has other protagonists: Megan Pierce (Cush Jumbo), a wealthy mother who is about to marry her partner of 16 years, and Mike Broome (James Nesbitt), a police detective obsessed with an unsolved case.

Three characters around whom the intricate eight chapters that make up the narration of this thriller, who share another fact: the secrets and unresolved issues from their respective pasts come back to disturb your present.

Something that in Megan’s case takes the form of Lorraine (Sarah Parish), who contacts her to tell her about someone she met many years ago. When he called Cassie and worked as an exotic dancer at the Vipers nightclub and fled without warning.

What you did to escape from Stewart Green (Rod Hunt), who disappeared the night the woman left her past behind, which has been 17 years. But everything revives suddenly, when Lorraine tells him that she saw Green at the place and that he was asking for her.

At the same time as in the present, in the same Vipers, the trace of a young man is lost 20-year-old named Carlton Flynn and it is Broome who is in charge of the investigation of the case, which he immediately links with the one he had to investigate a long time ago without finding any trace.

But everything is getting even more complicated. Ray discovers that he took some photos showing Carlton minutes before he vanished and it is revealed to the public that the photographer was Cassie’s partner, while Maggie tries to clarify if Green is really still alive.

What she does with the lawyer Harry Sutton (Eddie Izzard), while other names are added to the plot. Among them that of his eldest daughter, Kay (Bethany Antonia), and that of two twisted characters who call themselves Barbie (Poppy Gilbert) and Ken (Hyoie O’Grady).

Although disappearances and suspects will continue to be added throughout Stay close, a series that clearly take advantage of suspense and its good cast, but at times he abuses a bit of the twists and turns and the slow pace of his story.

Stay close: secrets of the past disturb the present in new Netflix series