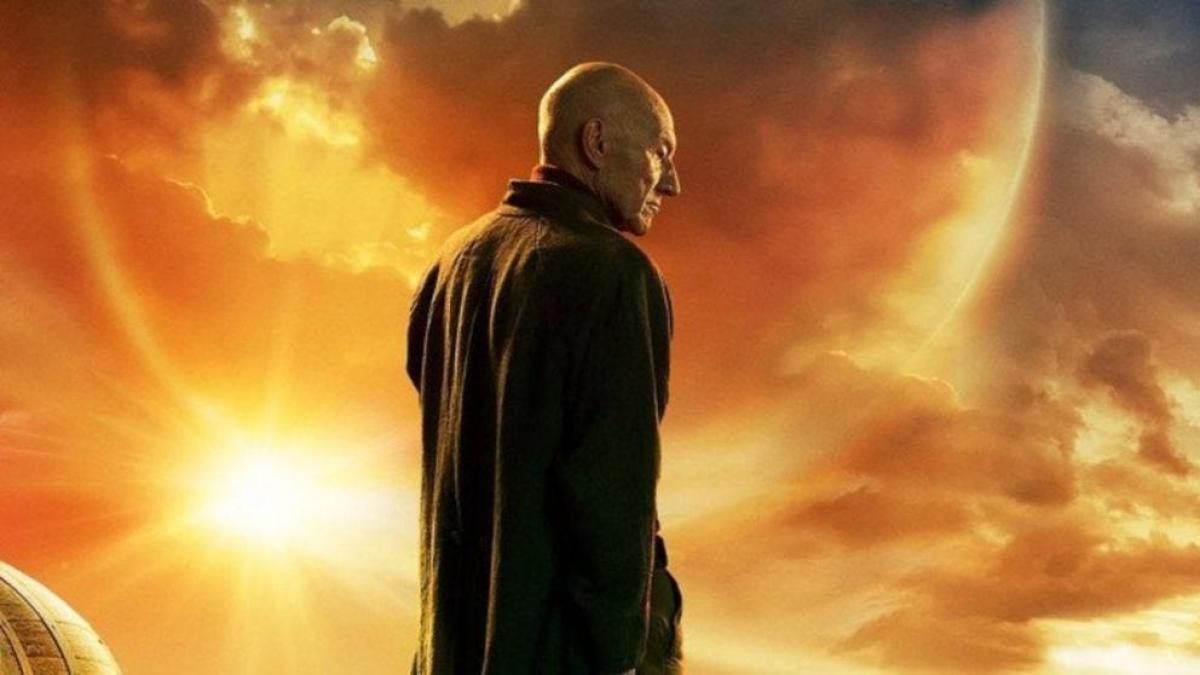 Amazon Prime Video says goodbye to the shortest month of the year with the premiere of one of its big bets, the miniseries Operation Black Tide. Likewise, the platform will welcome spring with very interesting news. Among the most anticipated is the second season of star trek: Picardwith the return of the great Patrick Stewar to his iconic role as Jean-Luc Picard, or the second installment of the documentary series The challenge: 11M on the largest terrorist attack perpetrated in Spain, on March 11, 2004, which left 194 fatalities and more than 1,800 injured.

Added to these novelties is the exclusive premiere of the documentary series MotoGP UNLIMITEDshowing what goes on behind the scenes at the world’s greatest motorcycling championship, and the premiere of the second season of upload, a fun and original comedy with hints of mystery and romance. Here’s a list of the premieres you can’t miss this March on Amazon Prime Video.

A few months ago, Amazon Prime surprised fans of TheBoys After announcing the premiere of an animated anthology series called The Boys Presents: Diabolical. This cartoon prequel to TheBoys, with eight episodes between 12 and 14 minutes long, will focus on independent stories set in the same universe as the live-action superhero series. Each episode will have a unique style and very different from the rest, since each chapter will be in charge of a different director. The first installment will be the work of Seth Rogen and Evan Goldberg. The prequel will premiere on March 4.

If you are a fan of the well-known saga star trek, this is your month. Amazon Prime will premiere the long-awaited second season of the series Star Trek: Picard, which in its day marked the return of the great Patrick Stewart to his iconic role as Jean-Luc Picard. There will be ten episodes supervised by screenwriters Terry Matalas and Akiva Goldsman. The great novelties of the second season are the return of Whoopi Goldberg, who will play Guinan, owner of the bar on the Enterprise-D, and the appearance of one of the most prominent villains of Picard, Q (John de Lancie) . The series will be available from March 4.

On March 11, a fun and original comedy with touches of mystery and romance returns to Amazon prime: the second season of Upload. Set in 2033, the series tells the story of Nathan Brown (Robbie Amell), a young programmer who is in a car accident. To save his life, his girlfriend decides to insert Nat’s mind/soul into a futuristic Lakeview retreat that will allow him to live forever. There Nathan meets a human technical assistant named Nora (Andy Allo) who takes care of the virtual guests’ needs.

The first season ends with the discovery that the accident was not really what it seems, but a murder committed by his girlfriend. In this second season, Nathan will have to choose between Ingrid, his girlfriend, or Nora.

One of the most anticipated premieres of Amazon Prime this March is the second part of the documentary series The challenge: 11M. The docuseries, which, as its title indicates, talks about the biggest terrorist attack perpetrated in Spain, has four 50-minute episodes and will be released precisely on the day that marks the 19th anniversary of that, on March 11

On this occasion, unpublished images and testimonies of the brutal Islamist attacks will be shown. The second installment will focus on the emergency services and the people who collaborated to help the victims of the attack. Among the most anticipated statements are those of José María Aznar, who was then the president of the government.

This month is about docuseries. Apart from the premiere of The Challenge: 11M, Amazon Prime will also premiere MotoGP UNLIMITED, a unique product that shows everything that happens behind the scenes in the MotoGP World Championship. Viewers will be able to see what lies behind training sessions, team meetings and the daily lives of athletes.

Produced by The Mediapro Studio, in collaboration with Dorna, the new docuseries will feature 8 50-minute episodes with several stars from the top MotoGP competition, both riders and team managers from the most important teams, as protagonists. MotoGP UNLIMITED will show the most emotional side of one of the most important moments of this season: the farewell of Valentino Rossi in Valencia, or the title won by Fabio Quartararo in Misano. Marc Márquez or Jan Mir will also participate in the docuseries.

For lovers of classic cinema, this March Amazon will also premiere a documentary about the marriage made up of Lucille Ball and Desi Arnaz, who starred in the emblematic television program I love you Lucy. The feature film premiered to rave reviews at the Sundance Film Festival and is directed by Amy Poheler. To tell the story of this couple, at the helm of the iconic television comedy broadcast during the 1950s, Poehler has used audio tape recordings that shed light on the intimate life of Ball and Arnaz, who divorced after twenty years of marriage.

‘Star Trek’, ‘Upload’ and all the premiere series on Amazon Prime Video from March 2022