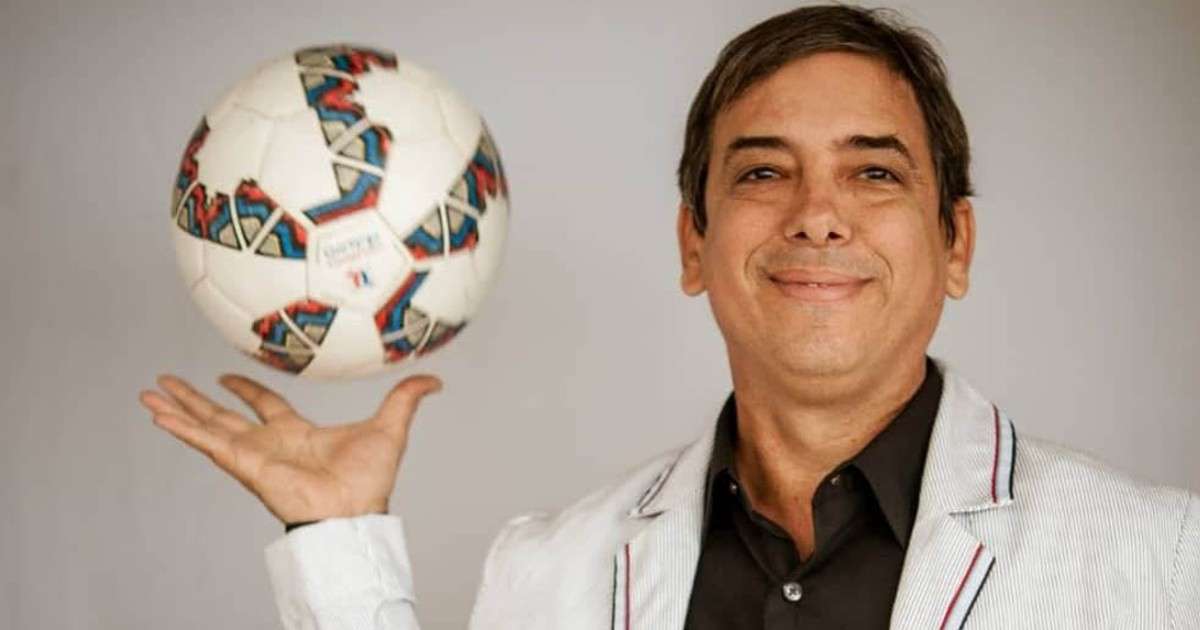 The narrator and sports commentator of Cuban Radio and Television, Renier González, responded on social networks to the comments of disappointed and outraged users with the decision of the Tele Rebelde Channel not to broadcast football matches of European leagues and the Champions League.

“Well, if you don’t want to see any Cubans, you are watching the wrong channel and we no longer have anything to say. Tele Rebelde is not for you. Have a good afternoon ”, replied the sports commentator who, in past seasons, narrated all the football matches broadcast by the channel, including those of the highest European competition.

In recent years, many Cuban fans have identified with teams and stars of European football, whose matches were broadcast openly on Cuban television.

With the decline of the Cuban ball league and the growing loss of audience for the national sport, Cuban television found in the broadcasts of European football a balm for spectators who love the sport.

Messi and Cristiano Ronaldo, like Barcelona or Madrid, became sports idols for the Cuban fans. Their teams began to be followed by some Cuban ‘fans’ who were increasingly permeating a soccer culture that did not exist on the island.

However, changes in UEFA’s broadcasting contracts, together with the serious economic crisis that Cuba is going through, led the authorities of the former Cuban Institute of Radio and Television (ICRT) to eliminate European football matches from their sports schedule. Before, they broadcasted widely, without ever making public the contracts signed by said institution to obtain these broadcasting rights.

Aware of the discomfort generated by the decision not to broadcast soccer matches, the state monopoly of Cuban television made efforts to broadcast live the debut of Argentine footballer Lionel Messi with French sports club Paris Saint-Germain (PSG), to which he arrived after a life-long career at FC Barcelona, ​​a club in which he became one of the best players in history.

At the end of May, Cuban TV reported that I did not have enough money to take on the transmission of the Eurocup and the Copa América football, causing numerous critics of the followers of that sport in the island.

“Due to the tense financial situation that the country is experiencing today, further affected by the COVID-19 pandemic, we do not have the funds necessary to acquire the broadcasting rights of both events,” the television channel Tele Rebelde said in a statement. , which broadcasts sports competitions in the country.

Before the news, some Internet users alleged that the real reason is that this year the official theme of the Copa América is a version of ‘La Gozadera’, which was popularized long ago by the duo Gente de Zona, whose members participated in the song Patria y Vida that bothers the Cuban regime so much. However, in June the ICRT reported that “following an agreement with the companies that own the broadcasting rights, the Copa América will be broadcast in its entirety by Tele Rebelde ”.

“The problem is not football as you want to see it. The problem is that they want to force us to see 50 ball games of a U23 tournament and others that have no appeal. Only when Cuba plays does it generate a little interest ”, considered one user.

“If they don’t want them to criticize, at least they have the virtue of putting the best baseball in the world, and maybe they don’t criticize them so much. And responding to the other post, if Tele Rebelde were a private channel they would have already gone bankrupt with the amount of garbage they put on, but it is a public channel paid for by all Cubans, “he added.

The controversy unleashed after the decision of the ICRT and the tweets of the sports commentator, provoked dozens of angry responses from Cuban football fans, who feel that they are part of a significant number of spectators whom the authorities have left marginalized in an alleged eagerness to promote national sport and hide the financial problems that the public entity is going through.

“I cannot believe that one person says that here the minority watches football. It is like saying that the country is perfectly fine, without any problem. Anyway, hopefully this will never be a 360º turn because these comments have angered millions (which for you is the minority) of young people ”, considered one of those affected.

“Well, in my account I talk about what I want and whoever does not agree, has the door open to leave,” replied González, who, despite his status as a server and public figure, displayed a frenzied activity on social networks, marked by insults and rudeness to an audience that has international football among its preferences.

It is not the first time that González’s comments have provoked the anger and embarrassment of Cuban television viewers. In July 2016, some of his statements about Messi – shared through social networks – provoked the outrage of football fans for offensive and bad taste.