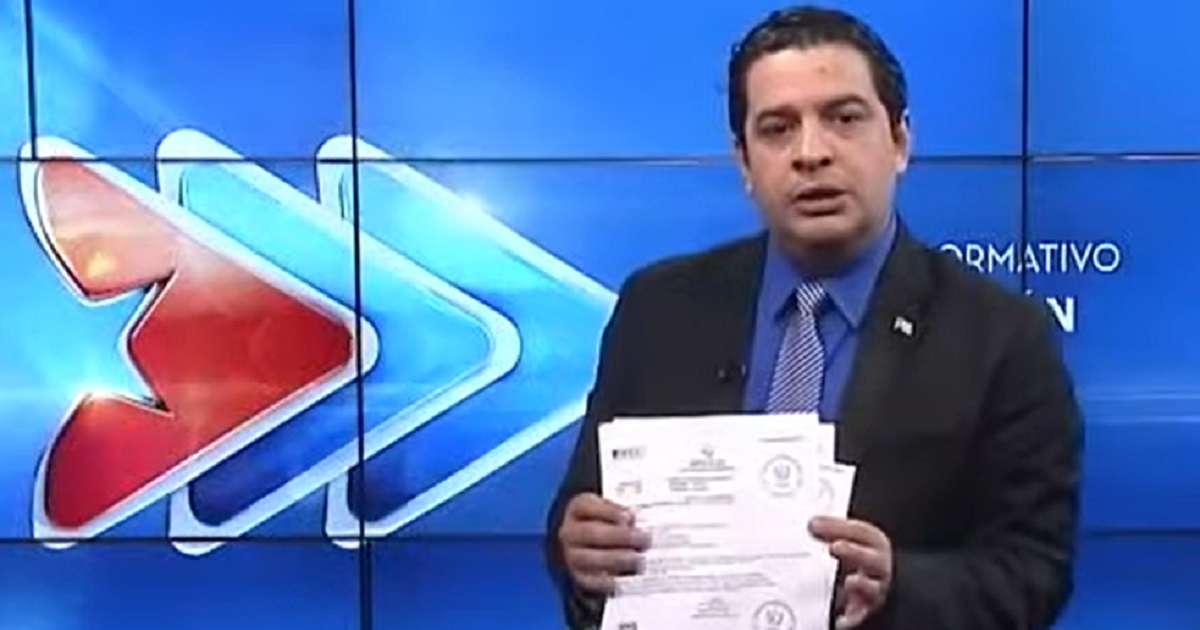 The Cuban government spokesman Humberto López, assured on Friday that the Civic March for Change, convened for November 15, It is a social comedy and he reiterated that the mission of the press in Cuba is to endorse its commitment to the government.

“Of fools, we have little. Brave and brave, that is enough for us. We go to what matters: To work, to fight every day to solve the many things that we have to do better. It is time to leave behind these social comedies that it is more than proven they do not lead to progress, or to a better future, or to a better country, “said the journalist at the conclusion of a segment on Friday night in the stellar edition of the National Newscast. of TV.

His presentation was repeated on Saturday on the NTV at noon.

López said that the lists of participants in the 15N march contain names of deceased people and minors and showed as proof four death certificates of people who are allegedly included in the lists. However, he said he would not reveal the names out of “respect” for his relatives.

In a new attack against the march and its promoters, the member of the Central Committee of the Communist Party justified the access and public exhibition of several documents with certain articles of the Magna Carta such as Article 15, which refers to public order.

In addition, it also showed Western Union records in the name of playwright Yunior García, who allegedly received $ 200 from the Argentine academic Laura Tedesco, related on other occasions by the ruling party with the young playwright, from the Archipelago platform.

Although the amount in the first instance is not striking, López said that “it is not the only one, nor the juiciest, only a part.” It also made public records of the telecommunications monopoly, ETECSA, in order to accuse promoters of the march of receiving large amounts of money through recharges.

The spokesperson shows the fluctuations in the amounts received. “Nothing more like a bank or a bank card, I would say,” he commented.

According to López, despite the disapproval of the authorities, considering the proposal unconstitutional, the promoters of the march “intensified their campaign on social networks, persisting openly and in a very defiant way.”

“They kept insisting that they would march and redoubled the calls for more people to join. Similarly, he defended the “warnings” of the prosecution against the activists, who respond, according to the spokesman, to Article 156 of the Cuban Constitution.

López said, although without mentioning names, that Yunior García “retired on time”, satisfied with “putting together the great media scandal.” “For the provocateur who will no longer come out, if there is violence, much better,” he explained, questioning the peaceful nature of the march.

“If those who let themselves be carried away by the song that will no longer come out, are cannon fodder and are carried away by dramaturgical songs, outlined, sweetened with the honey of a seductive power, if you come out responding to that illegal summons, the question It is one: Who has manipulated it? ”he said.