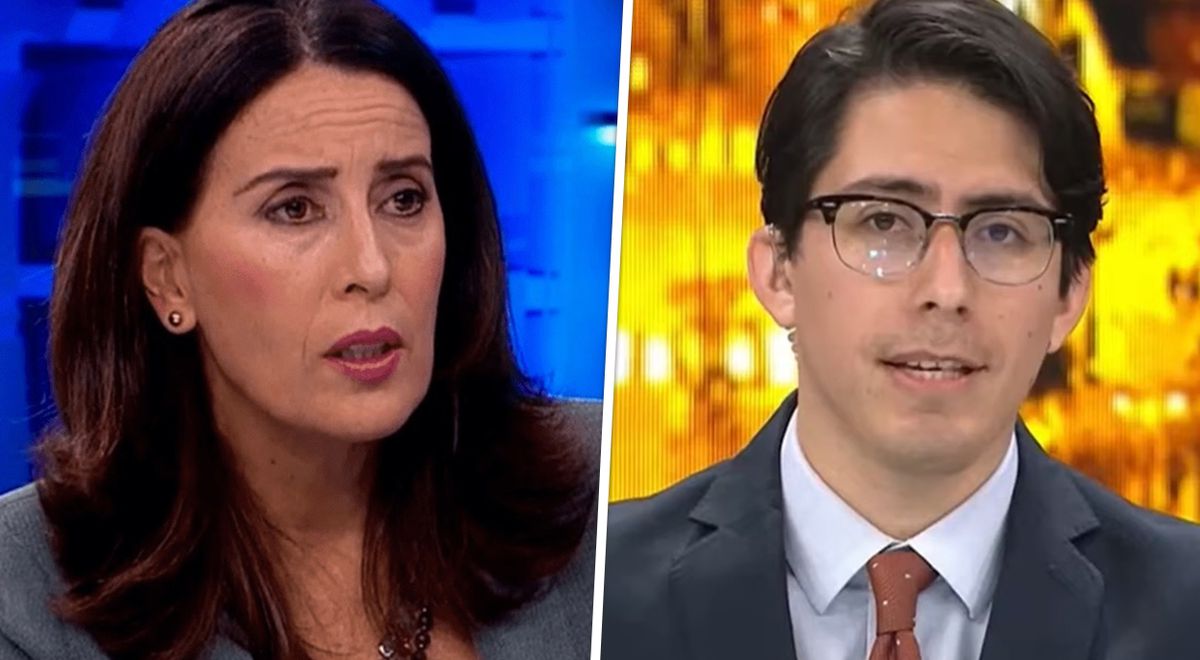 A few days ago, it was revealed that Sebastián Salazar, son of Federico Salazar, will be the new conductor of Cuarto Poder, which generated a strong controversy throughout the country. Before this event, Sol Carreño, former presenter of the Sunday, decided to speak through her social networks.

After a user retweeted a publication related to the entry of the journalist’s first-born son and pointed out that “as long as these criteria prevail, we will continue to be far from being a competitive country,” the communicator indicated that she did have to go through a test to be able to join the team of the journalistic programs of América TV.

“I don’t know what it is like today, but before there was competition. I came to (América Noticias) First Edition for a casting and I also passed one for Fourth Power, “he said. “I had two privileges that I dream all Peruvians will have one day, because they are rights: a good education and timely information on the occasion,” added Sol Carreño.

Sebastián Salazar, who until recently hosted the YouTube program Encontexto, will appear for the first time as a presenter of Cuarto Poder this Sunday, July 4 at 8.00 pm

Sol Carreño was saddened by the unexpected departure of Patricia del Río from RPP and affirmed that this event will harm the radio and television network.

“Unfortunately what they have done in RPP Noticias. Patricia del Río is an honest and very good professional in her specialty. Trust in RPP Noticias depends on its journalists. By dispensing with good elements, the audience loses and the radio loses ”, he asserted.

Sebastián Salazar: Who is the possible new conductor of Cuarto Poder?

In addition to being the son of Federico Salazar and the grandson of Arturo Salazar Larraín, both renowned national journalists, the young philosopher has already served as a news anchor.

With studies at the Pontifical Catholic University of Peru and the Johns Hopkins University, Sebastián Salazar has appeared on television screens through the Canal N signal, hosting the program N Noticias.

The departure of journalists from the different television media seems to be a daily bread. A week ago it was learned that Mávila Huertas ceased to belong to the Sunday Fourth Power and in his place Sebastián Salazar will assume. This last Saturday it was the turn of Patricia del Río, who leaves RPP after 15 years of ties with said media.

But the host was not the only one who leaves the radio facilities located on Aramburú Avenue, since this Sunday Christian Sotomayor announced that he also said goodbye to this medium through a message on social networks.

“Goodbye RPP Noticias, thank you so much. Thank you for allowing me to reach millions of Peruvians and to be able to bring them information with great responsibility and commitment to the country and to Peruvians. Thank you very much, ”he said.

The dismissal of Patricia del Río and the surprise departure of Christian Sotomayor did not seem to be the only movements within RPP. And it is that, in the early hours of Saturday, the rumor spread that Elmer Huerta would also cease to belong to this traditional medium in Peru.

However, the doctor himself used his social networks to deny these versions, assuring that they are taking a few days off and that he will return to the screens soon.

“That is not true. Nobody suspended me. I took a vacation. I have these programs: Science and medicine, Monday through Friday 7.30 am, On: Monday and Wednesday 10.00 am, Living space: Monday through Friday 3.00 pm, Taking care of your health: Saturday 11.30 am Listen to them on RPP ”, he said.

Subscribe here to the Espectáculos La República newsletter and receive from Monday to Saturday in your email the most outstanding news of national and international entertainment, as well as the topics that are trending on social networks.