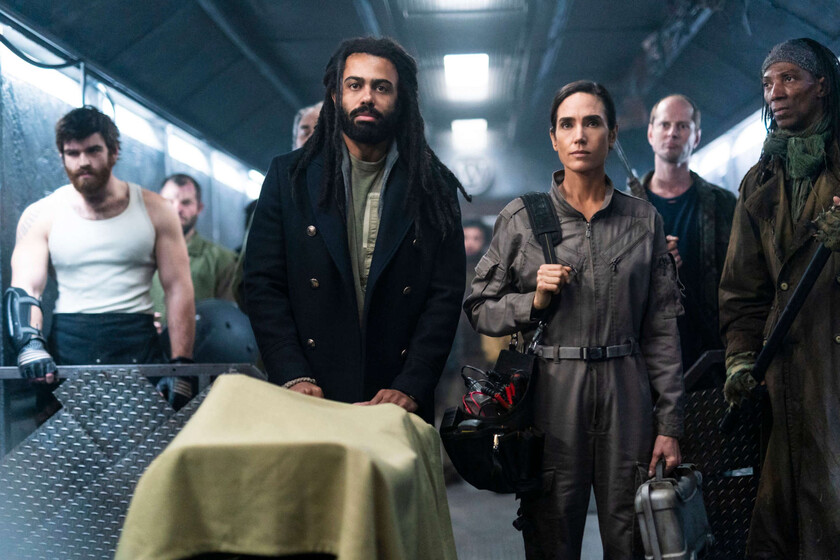 The most famous train on television is approaching its next station. Season 3 of ‘Snowpiercer: Snowbreaker‘is already underway (practically about to premiere, in fact) and the countdown begins for us to see the new episodes on TNT (in the United States) and Netflix in the rest of the world.

So let’s see everything we know about this new season from the series written by Graeme Manson.

While the plot details of this season 3 (ten episodes) are still under top secret, we do know a few things like the fact that we will link directly to the end of season 2.

The Melanie Cavill’s apparent sacrifice (His presence in the cast makes us suppose that he has not died) and the hope that the warm areas that are beginning to be seen on the planet are real will push Layton on a new odyssey. In the face of these new episodes, it has already been commented that weather conditions and climate change will play a fairly important role in the plots.

So Layton and his allies they go aboard their “pirate train” (the carriages that managed to uncouple from the main train) as an increasingly psychotic Wilford controls the remaining 1,000 carriages, continuing to be a danger to everyone. And yes, there will be chases between trains.


Archie Panjabi y Chelsea Harris will be the main additions to the cast of the series. What we have not anticipated is “how” this will materialize (I mean, the setting is limited) being, especially in the case of Panjabi, a character with enough importance for season 3.

From TNT announced in early November that season 3 of ‘Snowpiercer: Snowbreaker’ can be seen from the January 24, 2022. Netflix, for its part, has not commented when it will broadcast this new season.

At the moment we do not have any images of this season 3 of ‘Snowpiercer: Snowbreaker’. The most we could see is one of the main scenarios in the video where Diggs announced the renewal for a season 4.

‘Snowpiercer: Snowbreaker’: everything we know about season 3 of glacial dystopia on Netflix