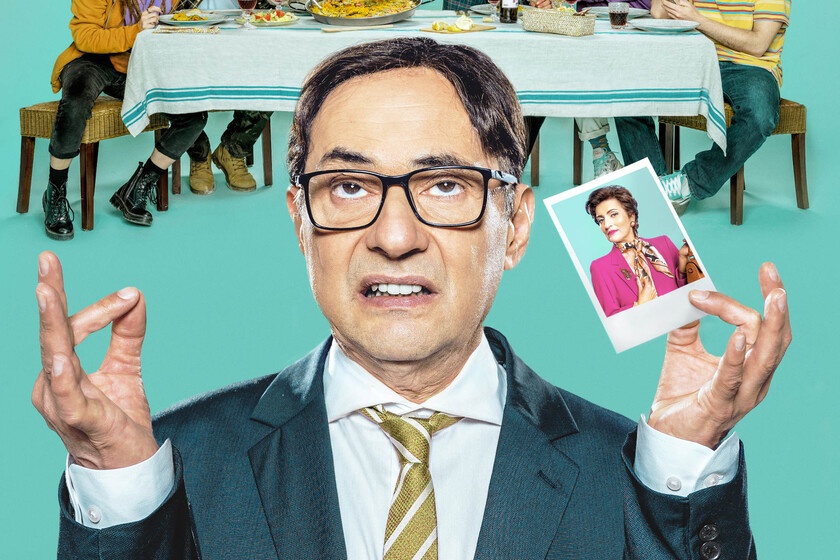 The first Sunday of the year has been chosen for ATRESplayer Premium premiere the first episode of your new comedy, ‘Lord give me patience‘. Series that comes with the promise to continue Álvaro Díaz Lorenzo’s film, this time in a forty minute format.

Starring again by Jordi Sanchez, the script of Benjamín Herranz and Juan Ramón Ruiz de Somavía It begins with Gregorio receiving dire news: the insurance denies him compensation for the death of his wife. This will put him on the warpath wanting to claim what is his, even if it means biting the hand that feeds him.

For him it is a crusade so that his wife (Silvia Abril), who appears in a ghostly way, can go to the afterlife. Meanwhile, we meet the family, which is reintroduced and whose main plot in this episode is the attempt by Carlos (Félix Gómez) and his partner (Santi Cuquejo) to adopt a child.

Separating from the movie but keeping the clichés

It is surprising that, being a kind of continuation of the film from four years ago, the series is quite separate as, above all, the characters. Yes, Jordi Sánchez repeats his role as a conservative, Madridista and grumpy banker, but where we have changes is in its offspring. And I don’t really mean the cast.

Although certain essences are maintained around the original characters there are obvious changes in their design and their lives. That also includes their couples (Carlos’s is no longer a Basque Senegalese, for example), which proposes new ingredients for a similar cocktail.

It must be recognized that if one is going to see ‘Lord, give me patience’ it knows exactly what it is going for. The humor is built on clichés, which soak up the last drop of the characters (sometimes, in fact, certain features are implausible) and which completely determine the tone of the series.

Sure, it’s basic (bad) humor and white enough, aimed at its main audience, which is the family, that of Antena 3 —Which will be broadcast by the series after its passage through the platform. Thus, although we navigate between stereotypes, the script is innocuous, something bad, bordering on a certain old-fashioned vision and not only on the part of the protagonist (who for something is a carcamal).

In short, the initial episode of ‘Lord, give me patience’ loses something in the stereotypes when designing a family comedy that is, perhaps, too lazy in her approach.

‘Sir, give me patience’: ATRESplayer’s light comedy departs from the original film but retains its cliché-filled humor