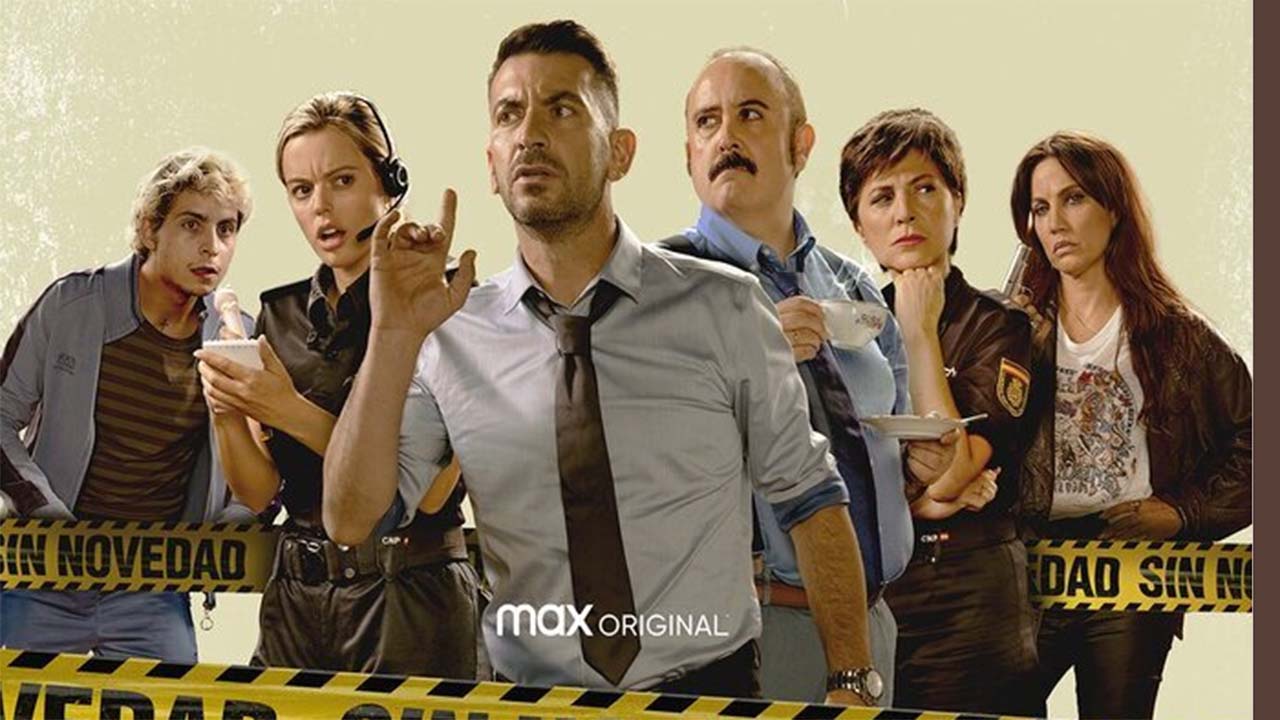 Waiting for something to happen, which is basically what the three pairs of protagonists of the new HBO series Max Sin Novedad are doing, can seem deeply boring. However, the fiction developed by Rodrigo Sopeña (Club Houdini, LOL: If you laugh, you lose, La hora de José Mota) together with Álex Mendíbil (Camera Café) for the streaming platform is absolutely far from it. Not only is really entertaining and fun, but has that kind of addictive component that almost makes it impossible to see it in any other way than in a marathon plan. You can do it from next Sunday December 19 from the hand of HBO Max.

Adaptation of an Australian format that has already had successful versions in other countries such as the United States, Holland, Belgium, Germany and the Middle East, the premise of No news is the following: three pairs of characters, connected by a common event that does not finish, wait for a signal to take action.

They are two police officers played by Arturo Valls and Carlos Areces who stand guard in a car outside a warehouse in an industrial estate; two companions of the corps – Pilar Castro and Adriana Torrebejano – who wait for news at the control center but never receive them; and two hitmen -Toni Acosta and Omar Banana- who are waiting for the moment to receive certain merchandise with the occasional “setback.”

In their journeys, the three couples share something more than waiting from different perspectives of the staging of a criminal operation: Conversations straddling the everyday and the absurd, awkward silences and looks that say it all.

A COCKTAIL OF VIRTUES IN ‘MINI’ FORMAT (AND MANY LAUGHS)

One of the first adjectives that comes to mind when describing No news is, forgive the redundancy, new. A quality that today, in an audiovisual production scenario in which new series and seasons are released almost daily, must be taken into account. Lthe actors of the series, with whom SensaCine has had the opportunity to speak on the occasion of the premiere of the series this weekend, they were also surprised.

All of them agree that they did not know the format before receiving the proposal from Sopeña and his team, but they quickly took a look at it – to a greater or lesser extent – and were surprised. “There was a fact that made me open my eyes a lot,” recalls Arturo Valls. “That Will Ferrell produces the American. And that makes you say: ‘If this guy was cool … I’ll go’. The proposal itself motivated quite a bit by surprise: Only three scenarios, the waiting moments before the action occurs, a lot of dialogue, characters … “.

His co-star, Adriana Torrebejano, also raved about the original series, the one produced in Australia in 2015 and which little by little gave rise to versions from other countries:

[Cuando vi la original] It seemed different to me, a format that had not been made here. I liked it, I fell in love that there were six chapters, that they were characters talking about very deep and very personal things in a space as ambiguous as work

The description of Torrebejano is perfect. It does not leave out any of the qualities that are undeniable to No news. In fact, we have barely looked at the detail that it is a short series, with six chapters of barely 20-25 minutes long, but it is still another of its great virtues.

“I found it a challenge to work on this project,” says Pilar Castro, who also acknowledges that it had never been part of a short format. “It attracted me. I liked that it was short, that it was comedy, that it was something very everyday. And that, at the end of the day, they were characters to whom it seems that nothing happens to them, but that it does happen to them. And things very surprising, too. “

Toni Acosta, for her part, was really excited: “I feel that there is so much content and so much to see, that finding something different, for me as a spectator, is hard for me. I enjoy them all, but some end up reminding me of others. And for me this series is super original “.

You will only need a couple of hours to No news from beginning to end. It seems destined to be enjoyed in one sitting, but we can guarantee that you would see another “little chapter” after finishing the six that make up the first installment. Whether that will be possible or not, however, remains to be seen: “It remains quite open,” admits Adriana Torrebejano, but at the moment there are no guarantees: “I wish I could tell you that we will start shooting tomorrow. I would be radiant.”

“There is so much content and so many things are constantly coming out, that you watch a 50-minute series and you really think: ‘But do I have time to watch this series? “reflects Omar Banana. His partner in the room, Toni Acosta, agrees, but also makes an interesting reflection that also translates into good things about No news.

Whatever it lasts, the content has to be attractive. The objective is to offer content in 30 minutes that is interesting so you can watch it and give it to the next [Toni Acosta]

“There will be wonderful slow movies. For me, that the episodes that last 30 minutes is good, yes, but it is also easy to disengage. Sometimes, in 30 minutes, the content can be superficial. It seems to me a challenge that in each chapter I can to offer a little more so that the spectator stays to see the next one “, reflects the interpreter.

A BLIND SERIES: “SURPRISE IS WHAT YOU HAVE NOT SEEN”

“No news It surprised us for good because we did not know very well what we were doing, not even we “, admit Arturo Valls and Carlos Areces. And, with three scenarios and three very different couples, each of the three dynamics was filmed on its own and none of them were very clear about the set until they saw the final result. “Each one shot on their stage and we did not coincide. Everything that you had not seen and was new was what made us the most amusing. “Her companions agree with this:

The three dynamics are very different and they blend very well, that was our fear [Pilar Castro]

“Although we had read the script for the entire series, we did not know what our colleagues had done,” recalls Torrebejano. “Because I have not crossed paths with anyone except Pilar [Castro]. When we saw the series, we were afraid to know if the three plots and the six characters would work. But the truth is that surprises. Because it fits “.

All six episodes of No news premieres on December 19 on HBO Max.

‘Sin Novedad’: Never a series in which nothing happens was so funny