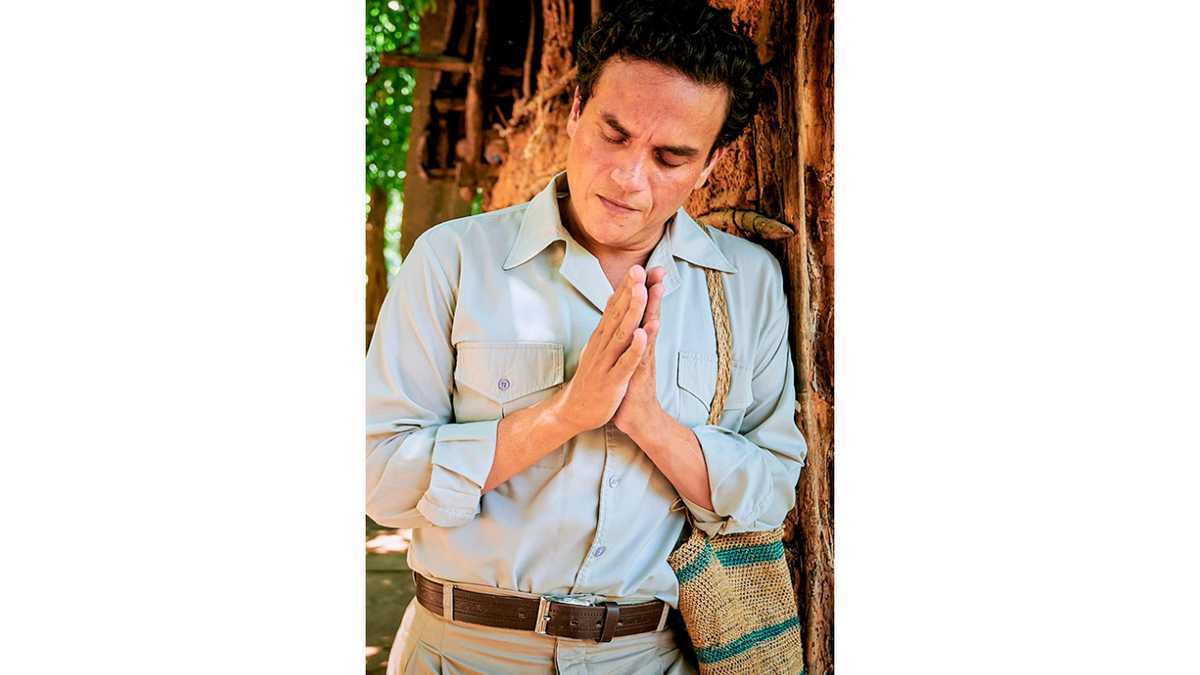 The story of one of the most important composers that Vallenato has had in the history of Colombia arrives on television screens this Monday: Leandro Díaz.

The teacher was born on February 20, 1928 in Hatonuevo, a municipality of La Guajira, and he composed more than 350 songs to love and to his land of great descriptive richness, despite lacking the vision.

In the production that can be seen at night through the RCN ChannelLeandro, played by Silvestre Dangond, will seek to earn the respect of those around him despite his condition. His tool will be music, which turned him into a vallenato minstrel.

Among the best-known works of the late artist is the crowned goddess (1949), a story of heartbreak that was among the favorites of Nobel Prize winner Gabriel García Márquez and who, in the epigraph of his novel Love in the time of cholera (1985), wrote: “These places are moving forward: they already have their goddess crowned”, one of the verses of Leandro’s song.

In the cast that will embody this story full of love and drama are:

In the singer’s first performance, he will try to show the audience the skills that the famous composer went through. It will be possible to see how he managed to overcome the obstacles that his blindness imposed on him and how this positioned him as one of the most recognized artists in Colombia.

the protagonist of The Walk 4 Y an honest bandit will be in charge of embodying the father of Leandro Díaz. He is expected to be a sullen, tough character who has a bit of a hard time expressing his feelings.

Previously, the actress had already been part of the RCN Channel in its production of nurses. This time will be in charge of embodying Leandro’s motherwho, must face the difficulties that life has imparted to him.

The actress, who was part of the last season of Master Chef Celebrity and the Man is German, She will come to the small screen again as one of the most important women in Leandro Díaz’s life, being like his second mother and accomplice.

The Colombian presenter and actor, who also worked in productions such as Rafael Orozco, the idol, will be the closest to Leandro’s father. However, there will be problems in the plot due to his ambition, which will lead him down the wrong path.

The actress, presenter and model, born in Cartagenawill be the one who imparts a little love to the story of Leandro Díaz being considered as “the love of life” of the composer and to whom he dedicated the song that bears his name: Matilda Lina.

Colombian actor, model, singer and songwriter, who previously starred in The Joe, the legendcomes to this telenovela as one of Leandro Díaz’s rivals in music and composition.

The actor He has always been in the sights of Colombian entertainment as he is the brother of singer Carlos Vives. and having been in famous productions such as woman-fragranced coffee (1994). Now, it will be in the biographical novel of Leandro Díaz a great musical producer.

The Cuban actress has been part of telenovelas such as Crazy about you Y The light of my eyes. On this occasion, she will be in charge of interpreting Leandro Díaz’s first girlfriend.

Silvestre Dangond as the teacher Leandro Díaz: this will be the cast of the new novel of Canal RCN