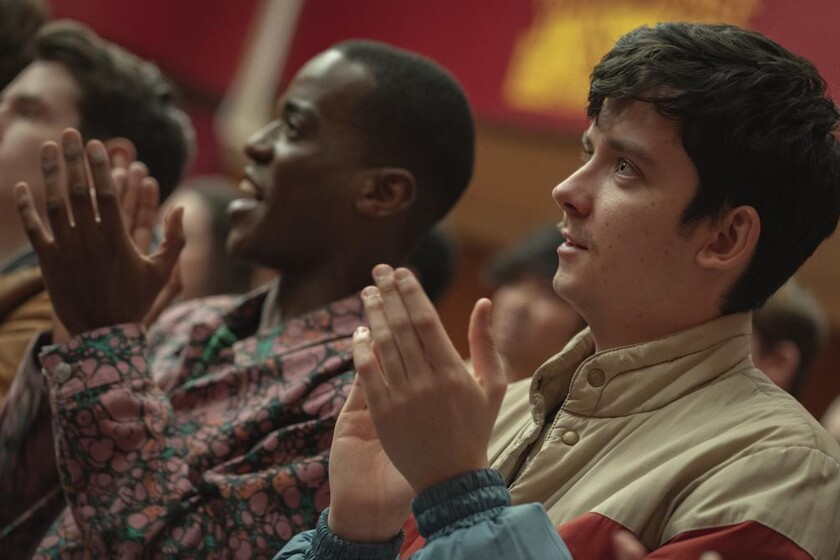 The third season of ‘Sex Education’ has finally reached Netflix. 18 months have passed since the launch of the second one to see how the story of Otis, Maeve and company in Moordale continues. It is clear that this longer wait than usual has been due to the delays caused in the audiovisual world by the coronavirus, but what is really important now is to be able to see eight new episodes of the series created by Laurie Nunn.

As its own title indicates, sex education has been until the great axis of the series. It is not that in this third season it is left aside at all, but the most emotional component of relationships gains importance both for the characters of the Netflix series to know themselves better and for them to know better what exactly it is. What they want. The result maintains the high standard characteristic of the series.

As already made clear the latest advance, the third season of ‘Sex Education’ ends up directly addressing that message that Otis leaves Maeve and that the character played by Emma Mackey never listens. Of course, it takes it easy before it comes to that, allowing the new dynamic in Moordale to develop, thus preventing the series from ever transmitting the idea of ​​repeating itself.

Okay yeah, all that romantic tension between Otis y Maeve It reappears, there will surely be someone who says that ‘Sex Education’ is returning to the same thing, but it is one of the pillars of the series and the existence of some kind of conflict is necessary so that the story does not lose interest. I don’t want to compare them to Ross and Rachel in ‘Friends’, but in the DNA of their relationship there is something similar doomed not to be fully resolved until the series reaches its end.


In this regard, it is true that this third season of ‘Sex Education’ leaves a certain flavor of farewell for reasons that I will not delve into because of the spoilers. He also does it without underlining sadness, thus completing that phase of personal growth that he had been marking throughout these eight episodes. More worked on some characters than others -probably the season in which he has fewer opportunities to shine Gillian Anderson-, but fully satisfactory in all cases.

Beyond that, the other great common thread is the arrival of a new director with a repressive tactic quite different from what Groff had us used to. For my part, I enjoyed much more when there was something sibylline in the behavior of the character embodied by Jemima Kirke that when all the cards are put on the table and we better understand their motivations, but it is a destabilizing factor well introduced and that leaves irreversible consequences a priori in Moordale …

Change while remaining the same


In addition, ‘Sex Education’ maintains its choral component, but is not satisfied with always trusting the same characters. The biggest revelation is possibly Mimi Keene like Ruby, brilliant both on her shallow side and when she has to be vulnerable. There are more striking cases, all of them very opportune for the series to be renewed a bit while still being what many of us love.

The entire third season goes a bit in that line, since the series seemed doomed to run out when the life in the institute of its protagonists ended or when they stretched it so much that no one believed the actors in their roles. It is a kind of silent revolution that finds a perfect reflection in how Asa Butterfield deal with your doubts about the need to continue helping others.

In their own way, these eight episodes function as a hinge that justifies the series’ existence beyond its third season on its artistic merits and not on the fact that it continues to perform well enough for Netflix to break its tendency not to go. beyond the third season with the overwhelming majority of its series. And he gets it taking a step forward that I am looking forward to seeing how those responsible handle it.


‘Sex Education’ took very little to seduce me with its unbridled but measured portrait of youth and its passions. Since then it has been growing without ever giving up their identity signs, something that has been maintained in a third season that has easily been placed between the best of Netflix has given us so far in 2021.