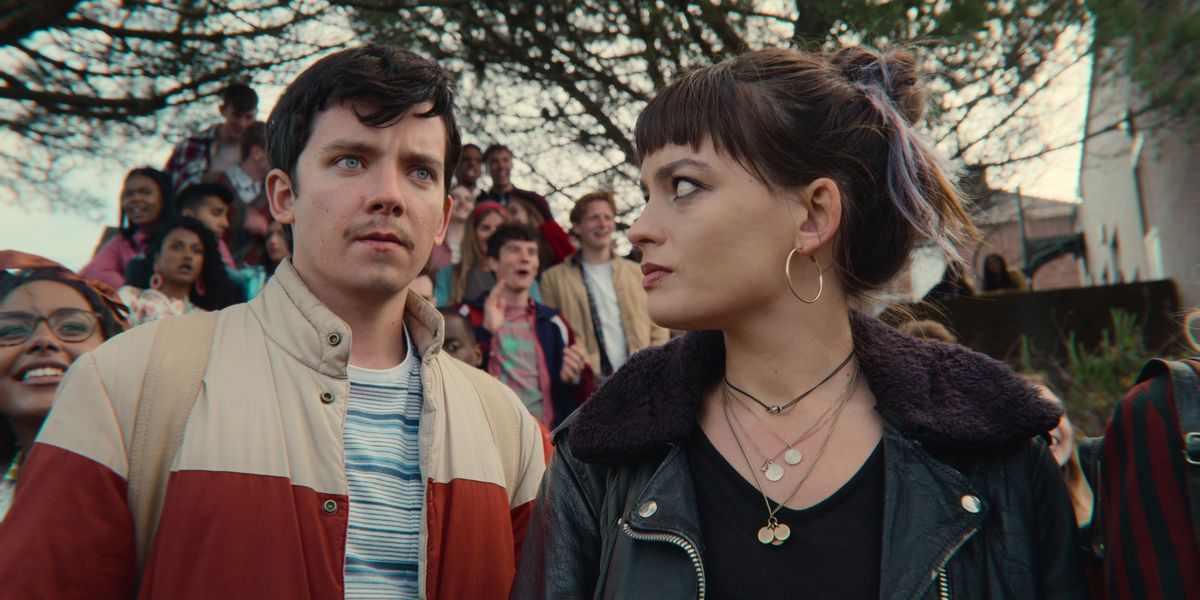 Sex Education has put an end to season 3 (probably the best of the series to date) with a denouement full of the same balance that the eight chapters that compose it have enjoyed, with closings and openings. An ending that shows that this fiction knows that it needs intrigues or revelations to keep the public’s interest, but that the important thing is the characters and their development. At the end of the day we are not talking about a thriller, but a coming of age on contemporary adolescent sexuality.

But the protagonists of Sex Education They still have a lot ahead of them before they finish their last year of high school, a lot of relationships to sort out and a lot of themselves to discover. We, the viewers, also want to know many things. But we are not in a hurry so let’s start with the clearest aspects of the outcome of Sex Education before moving on to the three great doubts that he has left us.

Where and how do our beloved secondary ends?

Let’s be honest, we meet more Moordale characters than we had friends in high school, so it’s hard not to forget even the existence of one from season to season. Let’s start with our beloved teacher couple, Colin Hendricks (Jim Howick) and Emily Sands (Rakhee Thakrar). Although Emily rejects Colin’s marriage proposal, she tells him that she prefers that they move in together. Also, they have raised points in everyone’s heart by protecting their students against Hope. We hope that the closure of the institute and its job instability will not affect them.

This leads us to Hope. Let’s be honest, since he thought that the delegate was Adam and not Jackson, we already knew that he was racist, homophobic and very conservative. The students deservedly kicked her out of her position and she is not a character that should come back after bullying her students. But at the end of the day it is played by Jemima Kirke (Girls) and we cannot deny him the charisma. Her venting to Otis about the inability to get pregnant is a start. After all, Director Groff wasn’t much better than her until this season. Alistair Petrie’s character begins to express his feelings, discovers his love for cooking, and takes it out on his jerk brother Peter. Of course, for now he will have to leave the return to his wife for later. First, he will have to sort things out with his son Adam, who is just as uncommunicative as he is.

Adam, like his father, also discovers his passion, dog training. After his Mention, we are all saddened that he prefers to hide his little triumph from his father. Eric has left because he does not want to stop his freedom before a person who is taking the first steps in his opening, but we already see how in the poem the introvert Adam recognizes and appreciates what Eric has made him grow. Adam goes at his own pace and, although he ends up without a partner, the next objective is clear, to take off his father’s yoke. Both Groffs need it.

Isaac apologizes throughout the season after being the most hated character, rightly so, for erasing Otis’s love message to Maeve at the end of season 2. She is sincere, she apologizes, she takes a couple of intimate moments with Maeve, neither more nor less than she deserves, and says goodbye. With Maeve living outside the trailer park, we don’t know when she will appear again.

Aimee continues her growth and leaves her boyfriend because she needs time to be alone. Consultations with Dr. Milburn help her, at least, to reconcile with her body and her “ugly vagina.” The Allvulvasarebeautiful.com website is also partly to blame. Ruby, who has grown spectacularly as a character this season, is also worth talking about. She has gone from being a superficial posh stereotype to being a woman of character with a complicated family. His exterior toughness is only a shield to the feelings and fragility that Otis can see, much to his regret. The way in which she stops Hope is truly heroic, and hopefully nothing will ever be the same again for a less superficial character than it seemed.

Lily and Ola have problems throughout the season because the first one has an identity crisis that makes her forget to take care of her partner a bit. In the end, Lily discovers that her passion cannot occupy all parts of her life, but that she must not give it up either. She finds her balance, and she and Ola end up together, seeing UFOs.

What will become of Moordale?

It seems that the sexual claim of the students before the press generates a negative wave among investors that will force the closure and sale of the institute in the short term. Students must look for their educational future for the next semester but will this be the end of the institute of sex? We find it hard to believe.

It is true that this third season has shown that he can articulate many parallel stories without the premise of the series, the sexual consultation in the abandoned bathroom of Otis and Maeve. However, the end of Moordale would create a diaspora of characters that is difficult to manage in terms of narrative. In the news we hear that what was seen in Moordale has created a certain noise in the country and, although we already know that there is nothing investors like less than sex (see if not what it happened to OnlyFans), we still hope that someone sex-positive will save the institute.

Sex Education fulfills that principle of almost every series with romantic elements, which is to place the two protagonists in love from chapter 1, but which does not stop separating them for absurdities until (hopefully) the end. The third season takes a long time to solve the mess of the second, the voice message erased by Isaac, but when in the end he does it and Otis and Maeve want to be together … The series has to last one more season so Otis and Maeve is separated again since the latter is going to study in the United States.

They hadn’t even started dating, so they don’t even discuss the possibility of maintaining a long-distance relationship or promising that they will be together when Maeve returns from America … No, but Otis’s goodbye is transformed by Maeve into a see you later. . Of course, in the next season there will be estrangement, ignored messages and maybe some new love for both of you. But come on, we already know that what has to be will be.

The result of the paternity test

It is the big question mark at the end of the season. As far as we know, Jean Milburn has a very active sex life but never cheats on Jacob other than with a kiss with her ex-husband. The child she is expecting could not be from other than the Nordic handyman. However, when they come across that young biker who was sleeping with Jean, he seems to harbor doubts about paternity. Jean seems certain that this is not the case, but this indicates that we may not know what Jean did after breaking up with Jacob.

Jean survives a hemorrhage, the girl (who will be called Joy) is healthy and Ola, Jacob and Otis seem willing to start a happy family together the 5. It is then that Jean sees the result of the Test and … is upset . If we follow logic and the series has not fooled us, this should indicate that Jacob is not the father. In that case, Jean has two options, either tell him the truth and risk destroying his new family or hide the secret and lie, which will only add to the problems in the long run. Both options are as bad as the role of Jacob if they tell him, will he leave his new love and the family project that already excited him for not being the biological father or will he move forward, assuming it and taking care of the child? It will be the big problem of season 4 of Sex Education.