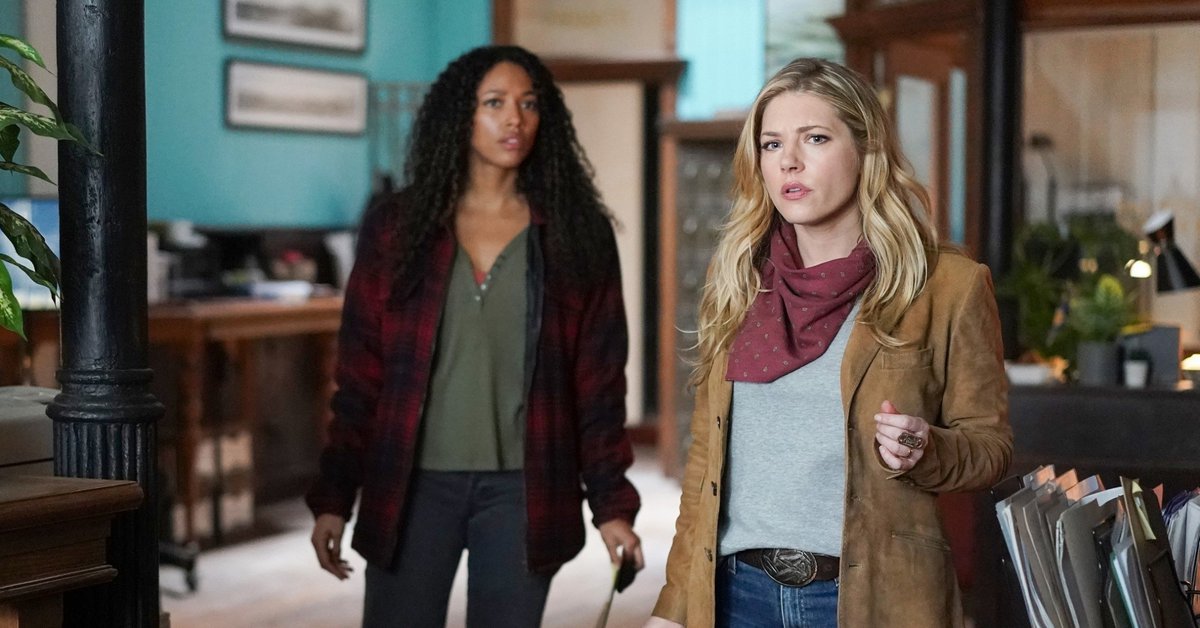 You could say that Big Sky it’s an old school series. Although we see it here on the Star + streaming service, its original format was to be seen with the structure of classic commercials. But despite these television airs, its content has the audacity and impact of the strongest stories of today. From the initial episode, Big Sky strong bet to conquer the viewer, does not spin.

The police plot begins with the disappearance of three people. The first is a prostitute and the others are two teenage sisters. Chance has brought them together in their unfortunate fate. A truck driver has kidnapped them, but the two young women will soon be missed and a search begins. The hero at the beginning of the story is the private detective Cody Hoyt (Ryan Phillippe), who will go after them. His partner Cassie (Kylie Bunbury), with whom he has an affair, and his ex-wife, Jessie Hoyt (Katheryn Winnick), They will help in the search, although they are initially confronted by their link with Cody. It is at the request of the boyfriend of one of the two kidnapped girls who will travel to Montana to find out what has happened to the two girls.

But when they arrive at the place they will only be discovering the point of the conflict, without having the slightest suspicion of what is really in front of them. Officer Rick Legarski (John Carroll Lynch), of the local police, he does not know whether or not to help with these outsiders who come to investigate these disappearances. In turn, we will learn more about the trucker and the particular relationship he has with his mother. The series has, in its first episodes, a great ability to move to unexpected places and generate episode endings that practically force the viewer to continue watching it.

Kylie Bunbury and Katheryn Winnick bring Cassie and Jessie to life in the production.

Big Sky is the brainchild of the legendary David E. Kelley, who here also appears as one of the scriptwriters and producer. His enormous track record includes Chicago Hope, Ally McBeal, Boston Legal, Goliath and Big Little Lies. In this case, his script starts with a classic approach but then shamelessly launches into a game of surprises that he sustains throughout the season. Surprising a lot, or trying to do it, is also a double-edged sword, because the spectator gets used to it and guesses the move. But Kelley is no newbie and relies on his characters to make every situation work.

At times, the series seems to be influenced by Ryan Murphy, the head of series like American Horror Story, Feud y Ratched, more for the characters and for the situations than anything else. Here, we must insist: the aesthetic and the narrative is classic. The presence of the sinister John Carroll Lynch also reminds us of Ryan Murphy. Two faces also refer us to a universe of darkness and crime: Brook Smith and Ted Levine, who were kidnapped and kidnapper in the classic film, The silence of the inocents (1991). Those two names in the casting cannot be a coincidence. The relationship between the trucker and his mother also has echoes of the film Psychosis (1960) from Alfred Hitchcock, in another reference to the universe of sexual crimes that are guessed as influences to build the characters of Big Sky.

But what sustains season one of the series are its two protagonists. Although with the passing of the chapters the mutations that it undergoes Big Sky they disorient the viewer, the leading duo is gaining interest. Kylie Bunbury and Katheryn Winnick are an unbeatable duo. Bunbury previously excelled in her roles in Twisted (2013-2014), Pitch (2016-2017) and the miniseries This is how they see us (2019), and Winnick already has an important career in film and television, but the role that puts her in the story is that of Lagertha in the series Vikings (2013-2020). Both actresses could be seen as a modern version of Cagney & Lacey, although in a more sordid and dark universe. Big Sky, a series for viewers who enjoy high-impact storytelling.

Sing 2: Come and sing again! will be full of Latin rhythms and talents
Wes Anderson: The Independent Filmmaker Every Hollywood Star Wants To Work With
Heading to hell: what the new korean horror series is about

Sex, crime and madness: what “Big Sky” is like, the new series from the creator of “Ally McBeal”, “Boston Legal” and “Goliath”