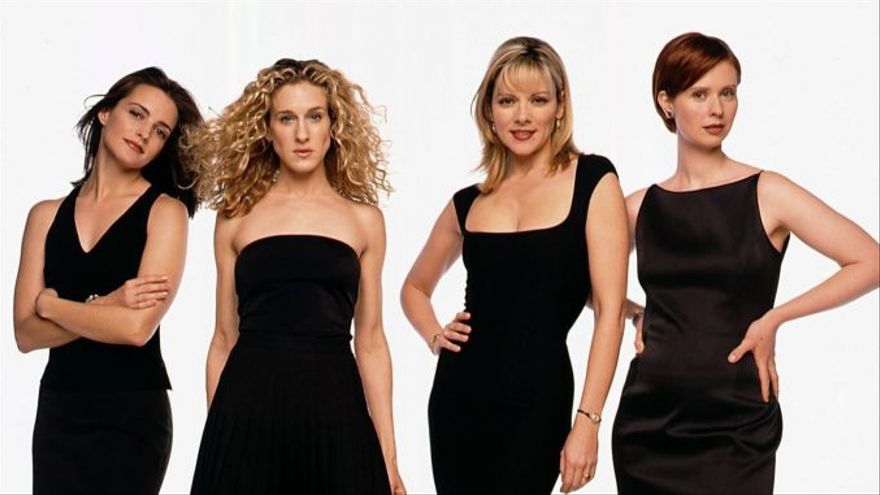 When you talk about ‘The Sopranos’ Like the series that propelled HBO as a brand that generates its own content, the premiere, a year before that, of ‘Sex and the City’, one of the most popular and also most unfairly underrated series of all time. Almost a quarter of a century after its release, it is still often dispatched as a heap of frivolity, which denotes a lot of misogyny and a reluctance to see things beyond appearances.

From the book of essays by Candace Bushnell, an anthology of his lifestyle columns for the ‘New York Observer’, Darren Star conceived a sexual comedy that, mainly thanks to the eagerness of the screenwriter (and ‘showrunner’ from the second season) Michael Patrick King, ended up piercing the archetypes and presenting a funny and raw, satirical and honest take on the universe of relationships. Not only sexual, but also, or above all, loving and friendly. Long before ‘Weeds’ The ‘Nurse Jackie’, the series offered compact half-hour stories in which comedy was confused with drama: what we later agreed to call ‘dramedia’, although it sounded pretty ugly.

Why are there so many great singles?

Where we say “stories” we could say, without fear, “reflections”. The pilot asked the essential question of the book: “Why are there so many great single women and not a single man like them?” In later episodes, Carrie Bradshaw (Sarah Jessica Parker, generally excellent regardless of who it may be) continued to explore the market’s doom through questions that she tried to answer by observing her life and that of her friends, each representing a certain point of view. Miranda (Cynthia Nixon) was frank and practical; Charlotte (Christine Davis), idealistic and inocent; Samantha (Kim Cattrall), hypersexual but ultimately open to monogamy. In the hands of King and a largely female writing team, the characters revealed new layers throughout six seasons; not so much of two very inferior later films on which perhaps too many opinions about the entire franchise are based.

The show could feature desirable styles and lifestyles (Carrie made a wonderful living with a column a week and had plenty of time to meet her three friends), but its protagonists could be undesirableSomething quite daring in days when being a woman on television meant being a good wife above all else. The women in ‘Sex and the City’ were single and could do nasty things. In a brilliant essay for ‘The New Yorker’Emily Nussbaum described Carrie as the “unrecognized first female antihero on television.” The first romance with Mr. Big (Chris Noth), reserved and charismatic financier, made Carrie a tortured reflection of herself. Some time later, he cheated on poor Aidan (John Corbett) with his toxic ex for a whopping three weeks – what kind of serial hero was this? An interesting one. When we go crazy over Darby’s (Anna Kendrick) foibles in ‘Love life’ (another romantic comedy to reconsider and vindicate), we forget to mention that Carrie already had them.

We also forget that before the rise of auteur TV, series could already be signed by great filmmakers of the time. And in the case of ‘Sex in New York’, it is not so difficult to understand the possible darkness of the series if we take into account that behind the camera there could be female references (and feminists) of the ‘indie’ cinema of the time such as New Zealand Alison Maclean, Allison Anders The Nicole Holofcener.

Cynthia Nixon was reluctant to return to the series because of how white the series was and because of its celebration of luxury consumerism.

Not all were hits. For a long time, Cynthia Nixon resisted returning to the series for two essential reasons. On the one hand, darn white that it was, unlike the real manhattan. On the other, his celebration of luxury consumerism. In the recently published book ‘Tinderbox: HBO’s ruthless pursuit of new frontiers’, fascinating HBO oral history signed by James Andrew Miller, Wilson explains about the second: “When Big makes him that dressing [en ‘Sexo en Nueva York: La película’, de 2008]& mldr; When I saw that with an audience and everyone applauded, it was very hard for me. That idea that a dressing room was the ultimate expression of a man’s love for a woman. “The late sequel ‘And just like that…’ It promises to be more ethnically diverse and less obscene in its display of wealth. It will not be the same, for better and for worse: Kim Cattrall, who has been in contention with Sarah Jessica Parker for decades, is absent.

‘Sex and the City’: difficult women (finally) made it to television