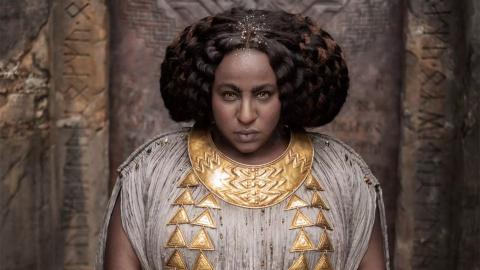 Sean Astin played Samwise Gamgee in the Lord of the Rings film trilogy and thinks the new series will rise to the occasion, as well as bring a new audience to the Tolkien universe.

In the last days we have been able to see new images of The Lord of the Rings: The Rings of Powera new trailer for the series, and we have even learned more about its characters and the story arcs that are going to develop.

But none of that is enough to confirm that it will be a good series, a good adaptation of JRR Tolkien’s novels and a worthy complement The Lord of the Rings film trilogy by Peter Jackson.

Teaser trailer in Spanish of The Lord of the Rings: The Rings of Power, the ambitious Amazon Prime Video series

It had to be Sean Astin’s words that confirmed us that the new Amazon Prime Video bet will be worth our time, and our subscription. Sean Astin played Samwise Gamgee in the Lord of the Rings movies.so there is no one better than him to tell us if the series will be worth it or not.

During an interview at the Calgary Expo 2022the actor revealed that he had been able to see A sneak peek of The Lord of the Rings: The Rings of Power -probably referring to the teaser trailer of the series- and said that he liked it a lot.

For my part, I’m excitedsaid Sean Astin. I watched the trailer for the series and it gave me goosebumps. It seemed that they had succeeded. I say all the time that they will do well. There’s no way Amazon would pay nearly a billion dollars for a franchise just to screw it up..

Sean Astin not only think that Lord of the Rings series is going to be goodalso believes that it will attract new people to the universe created by J. R. R. Tolkien: Think, how long will it be before it stays fresh? For at least one or two generations, it will be new. They will end up discovering our version of The Lord of the rings as a consequence of seeing what will be new for them.