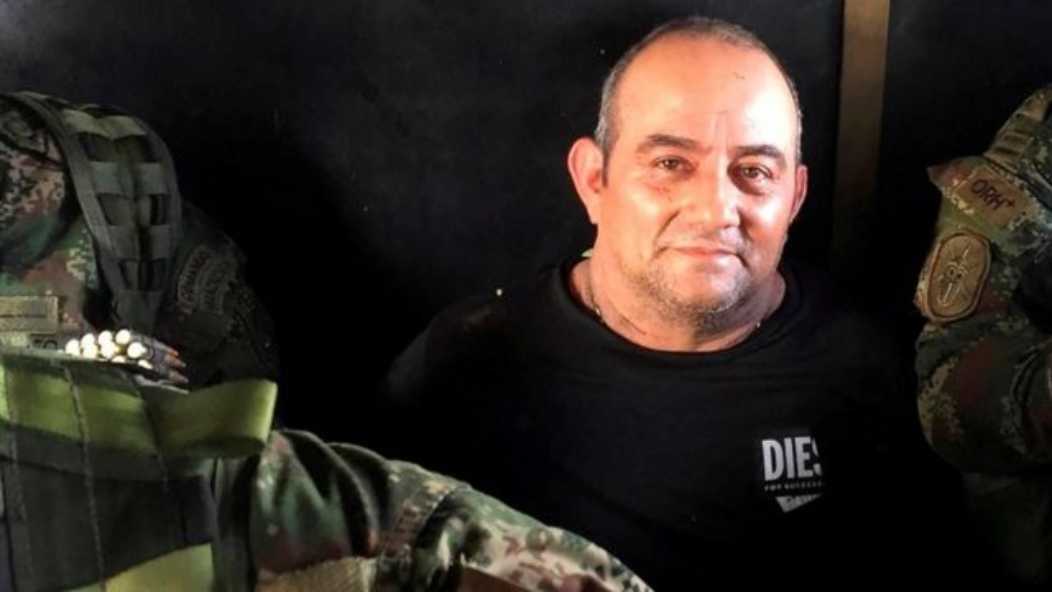 Dairo Antonio Úsuga David, alias Otoniel, He was detained over the weekend at a point called Cerro Yoki, in the jurisdiction of Necoclí, municipality of the department of Antioquia, in Colombia.

His capture, according to President Iván Duque, It is “the hardest blow that has been dealt to drug trafficking in this century in our country and it is only comparable with the fall of Pablo Escobar in the nineties “.

The director of the Colombian National Police, General Jorge Luis Vargas, assured that tafter the capture of Otoniel the place where he was hiding was raided, located in La Pitica de Turbo, Urabá Antioquia.

“At 120 meters the hut in which the leader of the Gulf Clan spent his last nights was found before being brought to justice”; He limited by showing images of the place.

After the capture of ‘Otoniel’, the place where he was hiding was raided, located in the La Pitica village of #Turbo, #Urabá Antioquia. At 120 meters he found the hut in which the leader of the ‘Clan de Golfo’ spent his last nights before being brought to justice. pic.twitter.com/30YlPwCEcB

THE HOUSE WHERE THE DRUG TRAFFICKER WAS FOUND

It is an area in the middle of the jungle, in which there were several huts in the shape of houses.

“In this house, covered by trees in the middle of the jungle and that did not have great comforts. It had the same characteristics that Otoniel has historically used. His room was separated from the house, with two exits to have a quick escape”, counted.

Also, according to reports, wooden beds, orthopedic mattresses, special food for Otoniel were found at the site; satellite television system, three dogs that he used to search the area and detect the public force, two of the very expensive mules that he used to transport himself; as well as a motorcycle.

The authorities also They found a USB that would contain key information for intelligence agencies. He could have data on the payroll that alias Otoniel paid to several people who were part of his chain of corruption, reported Noticias Caracol.

YOU MAY ALSO BE INTERESTED IN: THE REAL DOLLS OF THE MAFIA: OTONIEL AND HIS OVERWHELMING ACTIONS AGAINST WOMEN

Similarly, 80 meters away was a home for his security team.

The official said that a 15-year-old teenager was rescued at the scene.

THE FIRST IMAGES IN JAIL

President Iván Duque published the first images of Otoniel in prison on Wednesday and assured that the destination of the criminals is the dungeons.

Alias ​​’Otoniel’: So much pain caused, so much drug trafficking, so many deaths, so many massacres, so many leaders and murdered police officers could not remain in impunity. This is the fate of criminals: the dungeons. #He who lives by the sword will die by the sword pic.twitter.com/Oe3zXgWhFG

“Alias ​​Otoniel: So much pain caused, so much drug trafficking, so many deaths, so many massacres, so many murdered leaders and police officers could not remain in impunity,” he said in his account in Twitter.

For her part, Vice President Marta Lucía Ramírez said that the capture of Otoniel “is not enough” for Colombia to end drug trafficking.

Satellite TV, wooden beds and watchdogs: This was the house where Otoniel was hiding