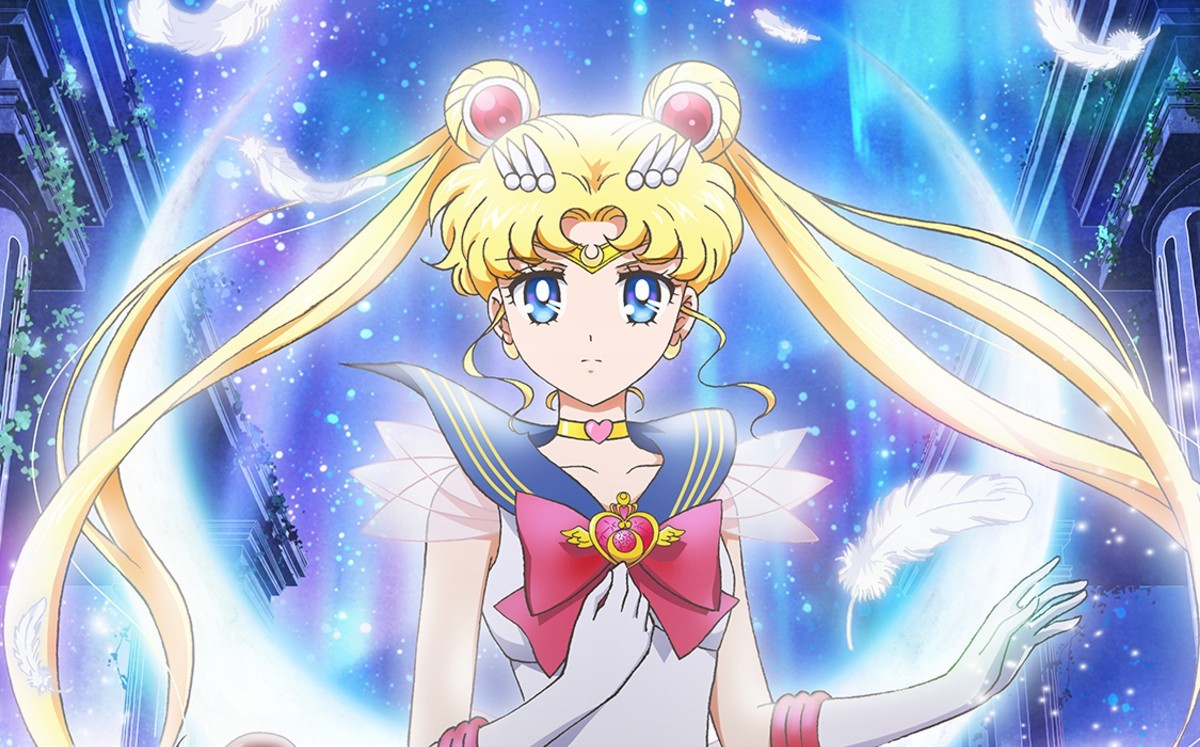 By the power of the lunar prism!, and because everyone was waiting for him, sailor Moon is back with a new adventure on Netflix. And it is that this Thursday the platform of streaming premiere Pretty Guardian Sailor Moon Eternal: The Movie, the sequel to the popular 1990s anime that follows the exploits of Serena, a warrior of the Moon who protects love and justice.

The film is a continuation of Sailor Moon Crystal, a remake of the anime that hit the screen in 2014, and it is divided into two parts, which are now available on Netflix. It is worth mentioning that it is based on a plot arc from the original manga of Naoko Takeuchi, but before you dive into the story, here we share eight fun facts you should know before watching the film.

The plot of Pretty Guardian Sailor Moon Eternal: The Movie takes place in April when cherry trees in Tokyo paint the streets with pink flowers and celebrate the largest total solar eclipse of the century. Along with the rest of the Sailor Moon Scouts, Serena will face the evil company Dead Moon Circus that aims to awaken nightmares to sow darkness on the planet and dominate the universe.

Origin and real name of Serena

In the original version of the anime the protagonist and heroine is called Usagi Tsukino what in japanese means “moon rabbit”, which refers to a ancient legend that tells the story of a rabbit that lives in this star and prepare mochis (a traditional Japanese sweet), in fact it is said that the animal is reflected with a hammer on the surface of the Moon.

Both in the United States and in Spain the character is called “Bunny” (rabbit); However, in Latin America is known as Serena after the Greek goddess of the Moon, Selene, which name It is related to “selas” which means “light”.

In Japan the anime is known under the title of Pretty Soldier Sailor Moon (Beautiful soldier Sailor Moon). Undoubtedly, the vigilante lives up to the meaning of her name, since practically all their belongings have the symbol or drawing of a rabbit.

References to planets and constellations

You must have noticed that the main characters, villains and even places refer to some element of the universe. For example, him Sailor Pluto transformation pencil form a strange symbol with the letters “P” and “L”, astronomer’s initials Percival lowell for years he searched for a hypothetical Planet X, a star that was later discovered by Clyde Tombaugh and it was called Pluto.

Another case is that of the villains The Death Hunters, who come from Tau ceti, a star that yes it exists and belongs to the constellation CetusIt is also of an ancient type and its mass is similar to that of the Sun.

About the creator of ‘Sailor Moon’

Naoko takeuchi is behind the creation of the series. The famous illustrator is also degree in pharmaceutical chemistry, which served as a reference to create the story and name several of the characters, who are inspired by gems, chemical elements, planets, among others.

It is worth mentioning that she is married to Yoshihiro Togashi, creator of Hunter x hunter Y Yuyu Hakusho. The illustrator’s brother, Hideaki Togashi, is also a cartoonist.

The internet circulates the trailer of a curious American version of sailor Moon with flesh and blood characters, created by the production company Toonmakers, which was released in 1995. The clip mixes animated scenes with images live action; however, it was never released due to budget.

Patricia acevedo is in charge of giving voice to Serena Tsukino in Latin America, as a curious fact lMexican actress she also does the voice of Lisa, character of The Simpson.

Also the soprano Marisa From Lille performs the main songs of the anime, including “Luz de Luna”. The Mexican also sings songs from other series such as Dragon ball, Digimon, Sally, the witch Y Ninja robots.

The movements that Serena makes with her hands when she mentions: “I will punish you in the name of the moon”, mean “I love you” in sign language.

Names of the characters

The members of Serena’s family are given the real names of the relatives of Naoko Takeuchi, The same happens with some secondary characters, whose attitudes, behaviors and phrases are inspired by their friends. Also the houses and landscapes shown in the series are a representation of the neighborhood in which he lived.

On Latin America the fans could enjoy all the chapters of sailor MoonAlthough there are occasional changes, both characters and situations remained faithful to the original version.

SHowever, this did not happen the same in USA, where the relationship between some of the characters did change, for example in the case of Uranus and Neptune, because throughout the episodes it is appreciated that both sailor scouts had more than one friendship, but in the American version they were presented as cousins.