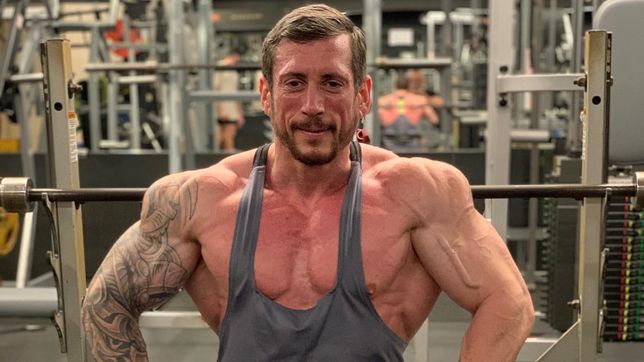 Telecinco continues to choose celebrities to participate in a new edition of ‘survivors‘. An edition for which they already have 10 confirmed names, the latter being announced this Sunday, during the program of ‘Live life’.

emma garcia has given way to this year’s promotion, letting the new contestant introduce himself to the audience, and this is Ruben Sanchez Montesinosfamous professional bodybuilder and also known for being the partner of Enrique del Pozo.

The athlete is a benchmark in the world. He started lifting weights at the age of 16, but it was nine years later, in 2007, when he decided to compete in this sport.. A discipline in which he has been able to fight against homophobia and break all kinds of barriers by declaring himself openly homosexual. In addition, he does not hesitate to publicly show his love for the actor and collaborator of ‘Viva la Vida’.

Now, the 40-year-old athlete will have a new challenge ahead of him, becoming the winner of the Cayos Cochinos reality show: “Hello, I’m Rubén Sánchez Montesinos, a professional bodybuilder athlete and one of the contestants on ‘Survivors 2022’. I’m the happiest guy in the world and I can’t wait to jump out of the helicopter in Honduras. A kiss for everyone and for all ”, she has assured in her presentation video.

His relationship with Enrique del Pozo

The Catalan athlete met Enrique del Pozo when he worked as an escort on the ‘Martian Chronicles’ program, but it was not until less than a year ago when they happily announced their love relationshipof which they do not hesitate to show off through their social networks.

“Is he first international bodybuilder athlete, with so many medals, who declares his homosexuality in such a homophobic profession”, pointed out the television collaborator in full live of ‘Viva la Vida’ just a few months ago.